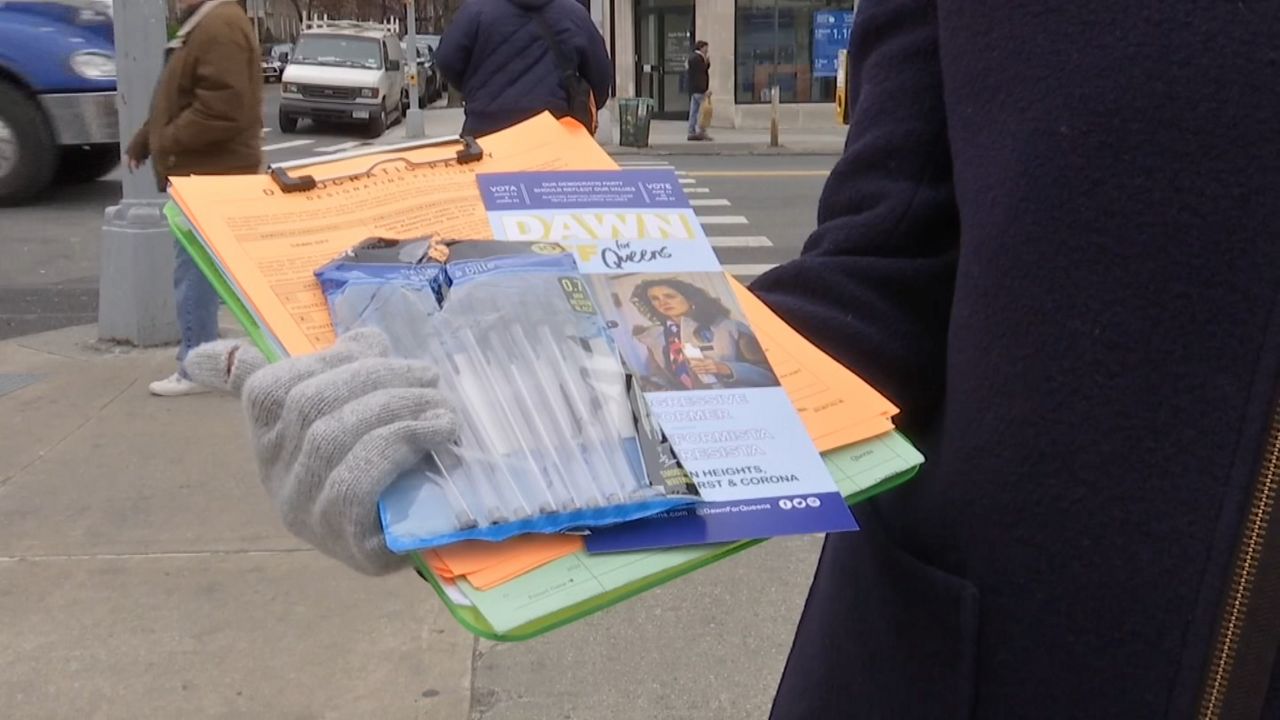 City Candidates Face Challenges Getting Petition Signatures Because of Pandemic

It’s not quite how Amit Bagga, a City Council candidate in the 26th District in Queens — planned on speaking to potential voters.

“I was stuck in the house quarantining as a result of a potential exposure to COVID-19,” said Bagga.

So, a volunteer with Bagga’s campaign, who he says was not exposed to the virus, continued on with gathering the signatures Bagga needs to get on the Democratic primary ballot.
As she approached voters with the petition, she connected them with Bagga on FaceTime.

“It was so important for us to continue to do this because we know that connecting directly with voters is really the most important part of a campaign,” said Bagga.

Petitioning to get on the ballot is a necessary campaign ritual in New York.

It’s a process that's not really compatible with social distancing.

This year, hundreds of candidates called for the process to be canceled — due the pandemic.

“This was such an exercise in insanity,” said Councilmember Jimmy Van Bramer,  who is running for Queens Borough President.

Van Bramer believes he contracted COVID-19 while petitioning. He says he regularly tests for the virus because he cares for his 81-year-old mother.

“Having been negative for a year and tested negative 20 different times, the only thing that changed in my life was the fact that I was out on the streets petitioning, talking to hundreds of people, if not more than hundreds of people,” said Van Bramer.

Van Bramer is one of more than 100 candidates who filed a lawsuit attempting to cancel requirements for physically gathering signatures.

It was dismissed last month. But Governor Cuomo did issue an executive order requiring fewer signatures to qualify for the ballot this year.

“To do that in a pandemic when you know that highly contagious variants are spreading is absolutely the definition of insanity,” said Van Bramer.

Van Bramer is now COVID-free and out of quarantine. He says his case was asymptomatic — and he looks forward to seeing his mom for the first time in weeks.

Although Bagga believes he was exposed to the virus, he said he never tested positive and also is out of quarantine.

Both candidates successfully filed their petitions with the Board of Elections this week.