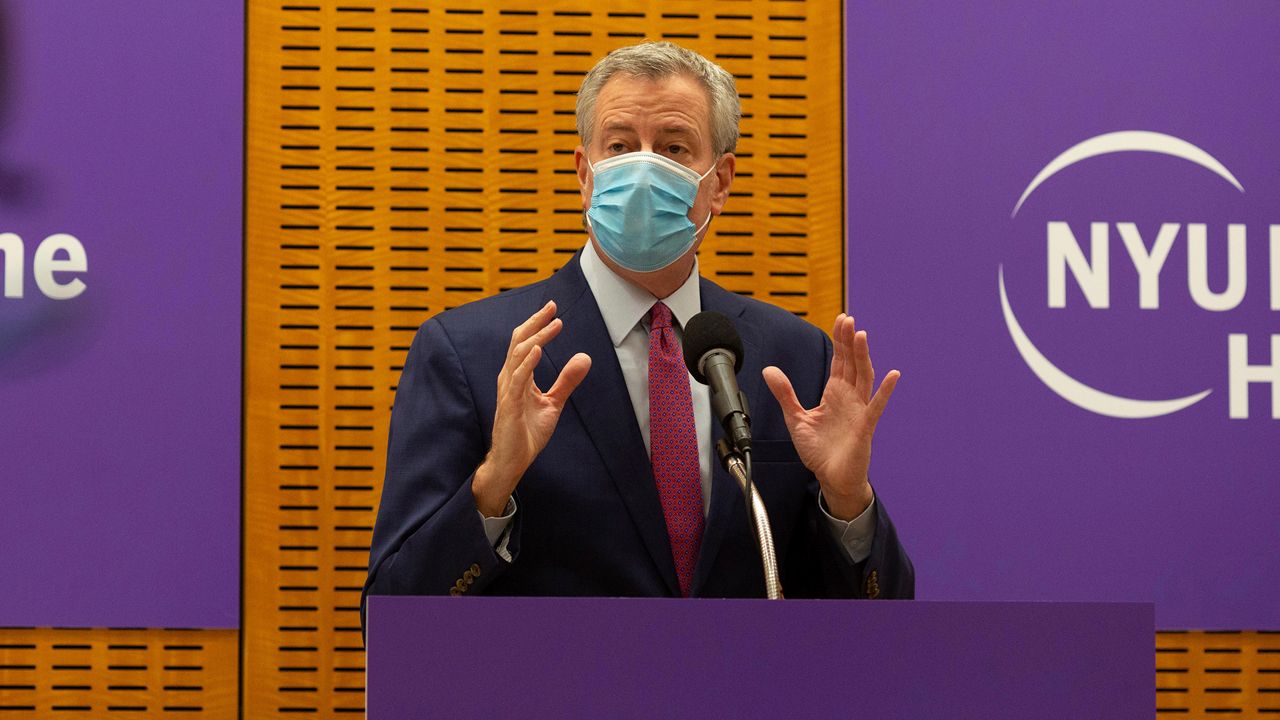 De Blasio Not Ruling Out Run for Governor

He’s not publicly saying he will do it, but when asked, Mayor Bill de Blasio is not ruling out running for governor in 2022.

“The future will take care of itself,” he said last Thursday.

Just a few weeks ago, a fourth term as governor for Andrew Cuomo seemed highly possible. Now that Cuomo’s fortunes have dramatically changed, the term-limited de Blasio could be thinking about running for that office.

The last mayor who tried to become governor of the state of New York was Ed Koch, in 1982. He lost in an upset to Mario Cuomo in a Democratic primary.

Like most analysts, George Arzt, who worked for the Koch administration, believes de Blasio’s chances are slim.

“Many people think that he had a great deal, as we say in New York, chutzpah to run for president," Arzt said. "This would be seen in a similar mode.”

A Quinnipiac Poll released last week showed that 62 percent of registered voters in the state have an unfavorable opinion of de Blasio.

“Most people, if you mention that he is thinking of running for governor, would just chuckle,” Arzt said.

“I am focused on what we are talking about right now," de Blasio said when asked about New Yorkers laughing about the idea of him running. "I’m bringing the city back, working with all New Yorkers, a full recovery for New York City, fighting back COVID. That’s what I’m focused on, not what different pundits are saying.”

Even if de Blasio ended his second term successfully, Luis Miranda, who also worked for the Koch administration and is the co-founder of the MirRam Group, says winning a statewide race would be a totally different ballgame.

“Anything can happen in politics, I tell you that all the time. The mayor should not be underestimated. But winning statewide is different than winning in the City of New York," Miranda said.

The last mayor who managed to win the race for governor was John T. Hoffman in 1868.