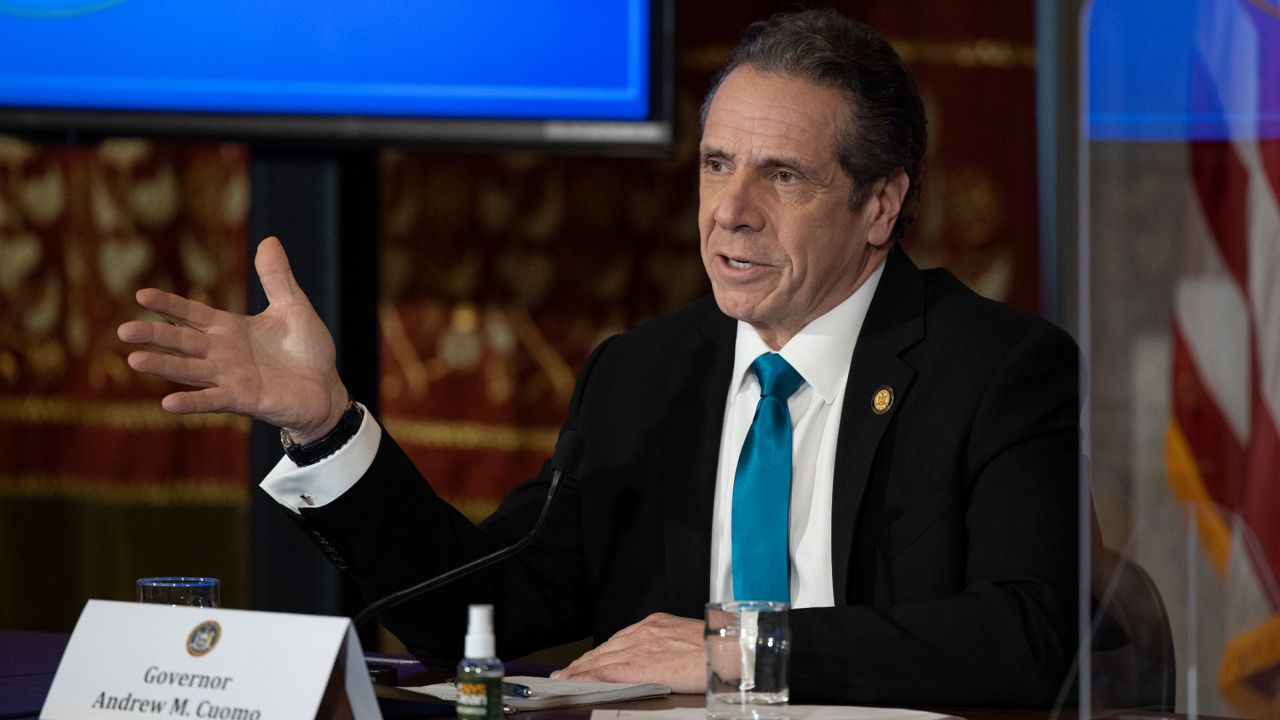 NEW YORK — Gov. Andrew Cuomo has been under fire recently for what critics describe as sometimes bullying tactics.

But instead of showing humility, the governor on Friday seemed to have the opposite reaction to the growing storm over nursing home deaths from COVID-19.

“Funny, you guys like to say I’m too aggressive," said Cuomo. "No, no, no. I wasn’t aggressive enough.”

Cuomo has faced a backlash over his handling of nursing home data. For months, the administration stonewalled on information about the number of deaths, only to quietly update its numbers within the last few weeks to reveal much higher death totals than officials had previously disclosed.

Critics blame a March 25 directive from the Department of Health ordering nursing home residents treated at hospitals for COVID-19 back into those facilities. Cuomo’s health commissioner made a full-throated defense of that policy Friday.

“You make the decisions based on the information you have at the time," said Howard Zucker, the state's health commissioner. "We made the right public health decision at the time, and faced with the same facts, we would make the same decisions again.”

But some say the data suggest the opposite is true.

“We found a statistical correlation between the admission of the positive patients into the nursing homes and higher death rates in the nursing homes," said Bill Hammond of the Empire Center, the the nonprofit think tank that initiated the lawsuit that forced the Cuomo administration to update its nursing home data. "We estimate that it was associated with several hundred to maybe over a thousand additional deaths.”

He says a report issued by the Cuomo administration in July exonerating its own policies was flawed.

Democratic Rep. Alexandria Ocasio-Cortez became the latest member of New York’s congressional delegation to call for a thorough investigation into the nursing home scandal, meaning the issue could continue to dog the governor.