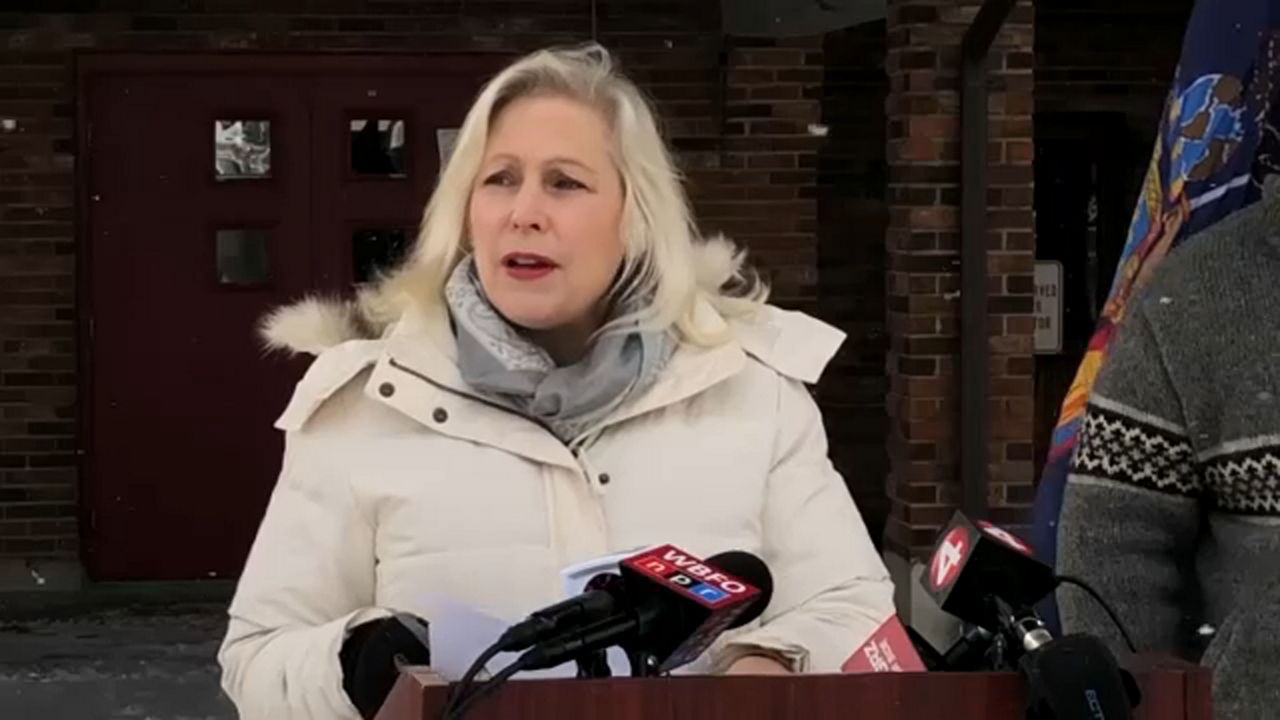 U.S. Senator Kirsten Gillibrand on Friday confirmed that there is an ongoing federal investigation into Governor Andrew Cuomo’s handling of nursing homes during the pandemic.

“I am certainly aware that there already is an investigation ongoing on the federal level. And I will, of course, monitor that,” Senator Gillibrand said during a press conference.

Governor Cuomo has drawn bipartisan criticism over the last few weeks after first an Attorney General’s report showed that the state was undercounting nursing home deaths by around 50%, and then in a leaked recording, the governor’s top aide, Melissa DeRosa, admitted they had withheld this data on purpose since they were afraid of retaliation from former President Donald Trump.

Senator Gillibrand sits on the Aging Committee in the U.S. Senate and says she does want to look more broadly at how COVID-19 affected nursing home residents across the country.

“Older Americans in nursing homes all across the country suffered disproportionately because when COVID got into these nursing homes and assisted living facilities, it spread like wildfire,” Gillibrand said.

However, when pressed further about how the state intentionally withheld revealing that more than 15,000 nursing home and long term care facility residents died from COVID-19, Gillibrand said that while she will not comment on the ongoing investigation, “I can do my part on the federal level to look at the broader issue through the Aging Committee, which I am eager to do.”

When asked if the Governor should resign or be impeached, which is starting to gather bi-partisan lawmaker support, Gillibrand said, “I don’t, but I am focused on my job in the U.S. Senate and that is what I will do.”

Meanwhile, Rep. Alexandria Ocasio-Cortez, whose district covers parts of Queens and the Bronx, called for a "full investigation" into the Cuomo administration's handling of nursing homes.

In a statement, Ocasio-Cortez said she also supports the return of New York State to "co-equal governance."

"Thousands of vulnerable New Yorkers lost their lives in nursing homes throughout the pandemic," Ocasio-Cortez's statement reads. "Their loved ones and the public deserve answers and transparency from their elected leadership, and the Secretary to the Governor's remarks warrant a full investigation.”

Another member of Congress from New York, Antonio Delgado, has also called for an investigation into DeRosa's remarks.

Politics should never come before people's lives. The Secretary to the Governor’s remarks are beyond troubling and warrant a full investigation. (1/2)