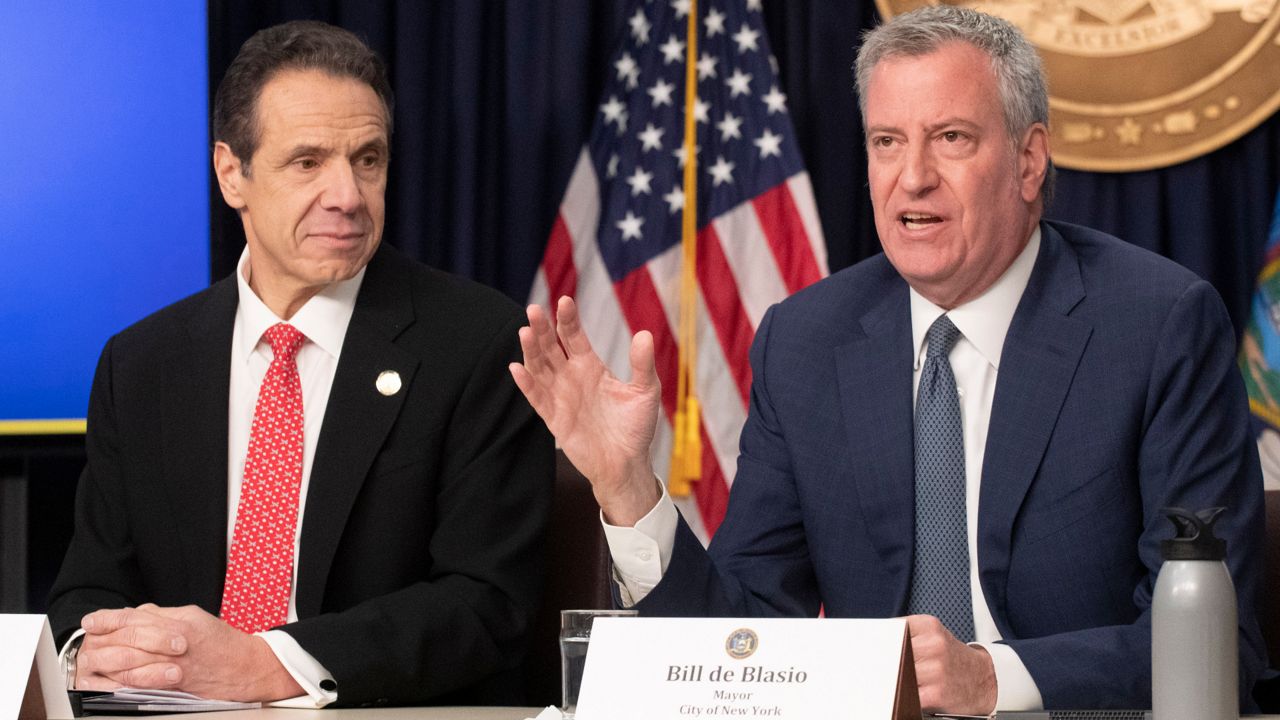 Mayor Bill de Blasio is siding with Queens state Assemblyman Ron Kim against Governor Andrew Cuomo, who Kim says threatened him for his criticism of the administration’s handling of nursing home COVID-19 deaths.

“A lot of people in New York State have received those phone calls. The bullying is nothing new," de Blasio told MSNBC on Thursday.

The mayor added of the apparent pattern of behavior: “That’s classic Andrew Cuomo.”

Kim, a Democrat, has been recounting what he described was Cuomo’s wrath last week in a phone call.

“It was a political threat that left a shocking moment for my wife, my family," he told NY1's "Inside City Hall" on Thursday evening. "It was just yelling at me. I think we could have gotten past it, but it was the yelling plus the request to lie about what I heard.”

Cuomo’s anger at Kim spilled into public Wednesday when the governor spent part of his press briefing alleging Kim acted unethically and possibly illegally in a years-old unrelated matter.

The acrimony is borne from Cuomo's initial under-representation of nursing home deaths due to COVID.

It was enflamed by Kim’s introduction of legislation to revoke the governor's emergency powers and a letter charging "criminal use of power" by Cuomo.

“Mr. Kim is lying about his conversation with Governor Cuomo Thursday night," Azzopardi said. "I know because I was one of three other people in the room when the phone call occurred. At no time did anyone threaten to 'destroy' anyone with their 'wrath' nor engage in a ‘coverup.'"

But many in the intra-party spat are in Kim’s corner.

“I stand with Assemblymember Ron Kim,” state Senator Alessandra Biaggi said, calling him “a north star in the fight for transparency and justice for those lost to COVID-19 in nursing homes.”

“We stand in support of our colleague @rontkim. It is our job to represent our constituents and seek answers,” tweeted State Assemblyman Harvey Epstein with a letter co-signed by 11 others.

We stand in support of our colleague @rontkim. It is our job to represent our constituents and seek answers. We aim to restore the proper balance of power between the Legislature and Executive. pic.twitter.com/o2b8oZcaNA

De Blasio's response recalled years of conflict with his fellow Democrat, including this remark to NY1 in June 2015 about Cuomo: "What we've often seen is if someone disagrees with him openly, some kind of revenge or vendetta follows."