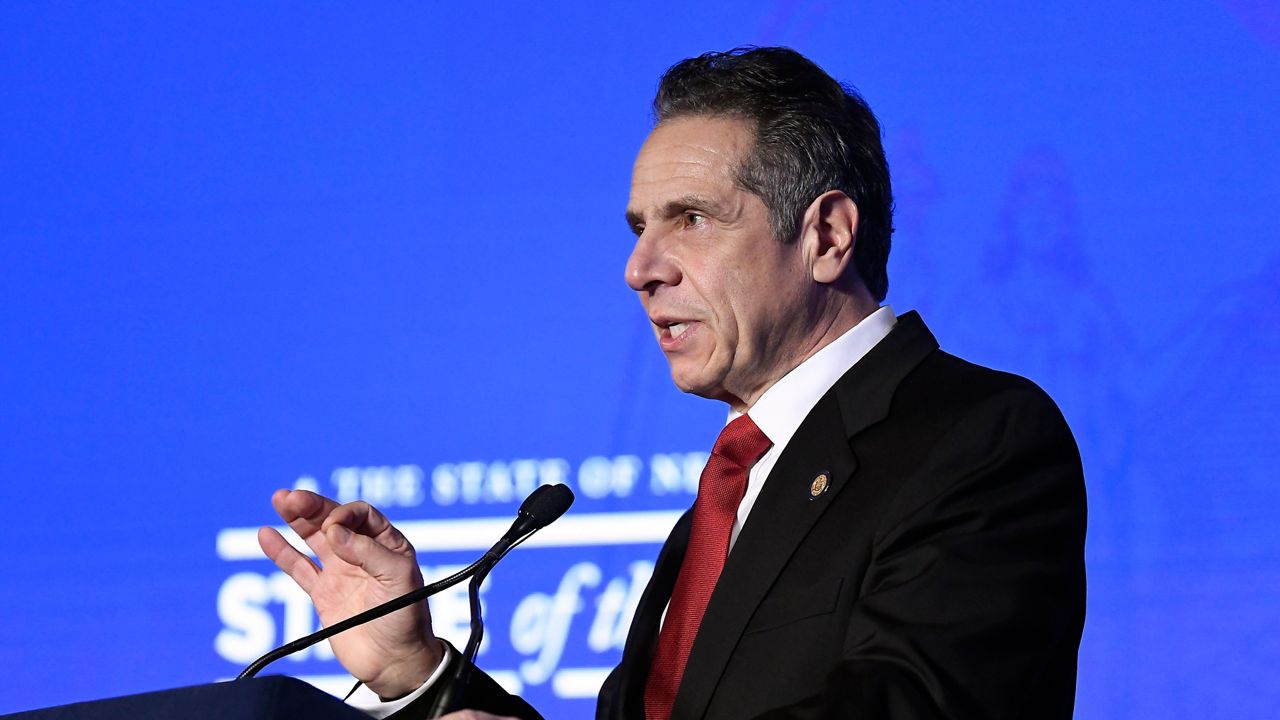 NEW YORK — Two Democratic state legislators on Tuesday night accused Gov. Andrew Cuomo of not being truthful when he claimed his administration told the legislature last fall it delayed releasing full data on COVID-19 deaths of nursing home residents to comply with a U.S. Department of Justice request.

In a Monday news conference, Cuomo backed top aide Melissa DeRosa, who told legislators the administration delayed providing them with full nursing home data to comply with a request from the Justice Department. DeRosa also said the administration “froze” any release of the statistics out of fear that it could spur a federal investigation. While expressing some contrition, the governor didn’t apologize for not providing the data in a timely manner to the legislature and the press, and said there is nothing further to investigate.

Some members of the state legislature, including Assembly Speaker Carl Heastie, said Cuomo did not explicitly tell them about the DOJ request, something State Sen. Alessandra Biaggi and Assemblyman Ron Kim echoed in a Tuesday night interview with NY1 Political anchor Errol Louis.

“This is a pattern of behavior the governor does, which is rope us — the Senate and the Assembly — into his orbit of corrupt behavior and the coverup,” said Kim, who represents parts of Queens and serves as the chair of the Committee on Aging. “That’s what he attempted to do in the public press conference yesterday by accusing us, the Senate and Assembly, that we knew about the Department of Justice investigation. We were not informed. What he’s doing is expanding the coverup.”

“I do not believe what he is saying is true. I do not believe it was a miscommunication,” Biaggi, a Democrat who represents parts of the Bronx and Westchester, said about Cuomo’s defense. “And, unfortunately, I believe he is using this as an excuse to just not tell the truth.”

For months, state health department officials delayed releasing the complete number of COVID-19 deaths of nursing home and long-term care residents. The state had put the number of long-term care resident deaths at 9,154 but the total increased to about 15,000 as a result of revised figures after the Cuomo administration faced pressure from State Attorney General Letitia James.

Kim argued that the Cuomo administration should have shared the full data earlier not only to be transparent, but so lawmakers could have responded to the nursing home crisis.

“If the data was shared when we asked for it, we could have legislated differently,” Kim said. “We could have had different policies that might have ended up with different outcomes. He took that away from us by not sharing the data.”

Kim and Biaggi are part of a growing chorus of lawmakers who want Cuomo to lose his broad emergency powers related to the coronavirus pandemic. Last March, some members of the State Assembly balked at the emergency powers bill because it would give the governor expansive new powers for a full year to institute mass quarantines and other drastic actions, but the legislature ending up passing the measure.

Now, in the wake of the nursing home scandal, irate lawmakers may revoke or roll back those powers, although some seem more inclined to simply let them expire as scheduled at the end of April. The legislature is not in session this week, but is expected back Monday afternoon, which would likely be the earliest it would move to rescind the governor’s emergency powers.

Kim, who went as far to say the Cuomo administration was engaged in a coverup, says the governor’s actions warrant a revocation of the emergency powers.

“That’s why we need to check him and say, enough is enough. You can’t rope us into your coverup,” Kim said in the interview. “We need to take away your extraordinary powers and really investigate what’s happened in the last ten months.”

“The governor has used his executive authority, that was given to him on March 2 of last year, to essentially become what really does feel like one branch of government in a coequal branch of government system,” Biaggi said. “I think the governor’s handling or nursing homes throughout this entire pandemic illustrates this the most because it shows us the consequences of his decisions.”

Biaggi and Kim also both support a bill to further roll back a form of legal immunity for nursing homes and hospitals and allow for litigation. Biaggi hammered the governor for the measure being included “in the 11th hour” of the state budget negotiations last year, and claimed it was written by a health care lobbyists group, the Greater New York Health Care Facilities Association.

“If you look at the campaign contributions of Greater New York Health to many different individuals and entities in the state of New York, you will see that’s an entity that’s made significant campaign contributions to our governor,” Biaggi said. “Whether or not you can draw that direct line to this specific provision, I think the point that is made here is that we had a very large and influential special interest writing the provisions in our state budget instead of the legislature and the legislators actually being able to craft policy that could have allowed for so many families, who have lost loved ones in nursing homes and hospitals, to have justice in court. And so I think that thread still needs to be followed and really sought after, and we have to repeal immunity as a result of that.”

In response to Biaggi, Rich Azzopardi, a top aide for the governor, said: "Immunity during the pandemic for hospitals and nursing home workers was passed in the budget with a majority of the senator's senate and assembly colleagues voting for it, many of them taking contributions from the health care interests that were affected. While she is damning her fellow legislators with wild assertions, the governor is not influenced by contributions and has never been. On the merits, different  immunity laws were passed by states all over the country, as well as the federal government."