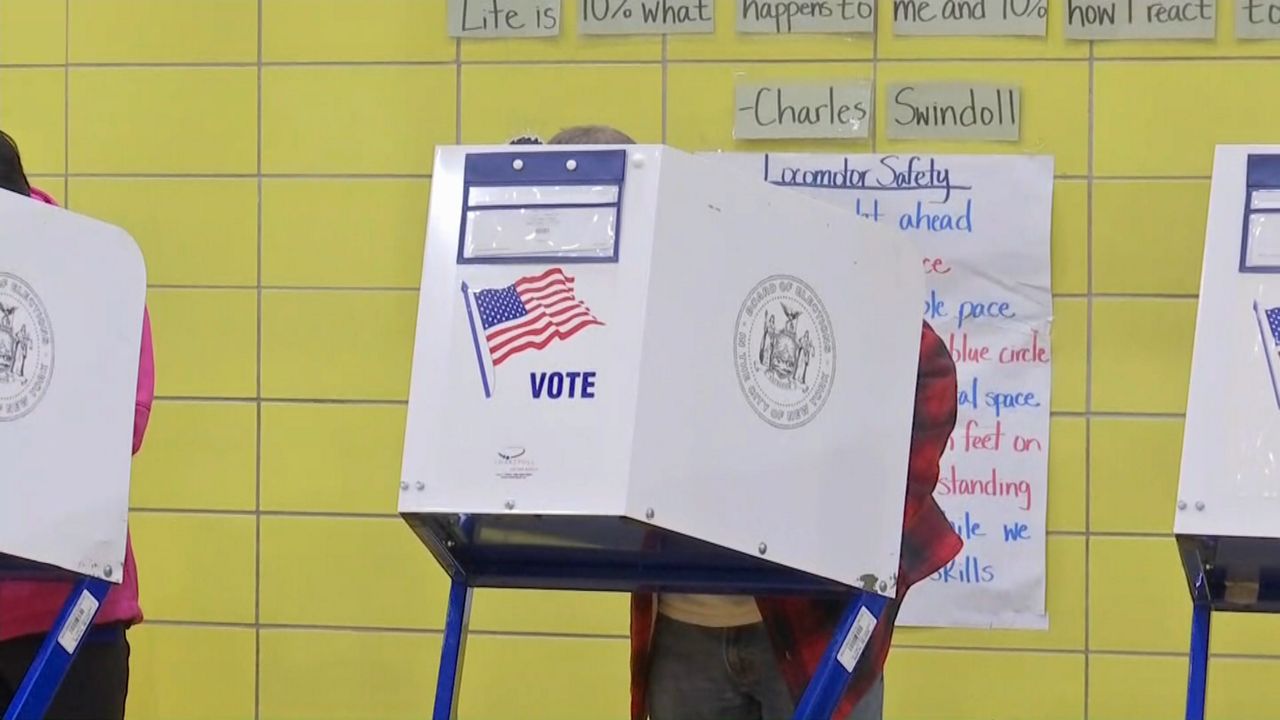 Voter Enrollment Has Increased, But Will New Yorkers Turn Out in Large Numbers in June?

NEW YORK — In a city of 8.5 million, only a few hundred thousand have really been calling the shots.

For years now, the city has had a voter turnout problem specifically when it comes to primary local elections. For a city as populous as New York, voter turn out tends to be abysmally low.

But advocates and organizers who work to increase voter education and engagement say there is some evidence New Yorkers may be becoming more engaged in local politics. They point to the city's overwhelmingly Democratic electorate as one of the primary reasons for turnout being low in primary contests.

"We tend to think we are safe in New York, so we don't need to go vote in the primary because we're just going to get a Democratic leader," Brecker said.

In overwhelmingly blue New York, it's the primary contest that counts most if you're a Democrat.

Cyrstal Joseph, vice president of communications at the League of Women Voters, said the organization has seen an increase in interest, specifically among younger voters.

"I think traditionally there is a lot of cynicism around the local election, so it's like it doesn't really matter, when in fact these are the voter turnouts where we want people to show up the most," Joseph said.

Mayoral primary candidates will look to target prime voters sure to take part in the June primary, and numbers show the pool has been steadily growing since 2016.

But despite the growing number, there is also the question of voter fatigue in the aftermath of the 2020 presidential election.

The Democratic primary field for mayor is crowded and experts say voters may wait until Election Day is closer to decide while the field potentially shrinks.

Bella Wang, who chairs the Voting Reform Initiative at the League of Women Voters, said a wide field gives voters a better chance to pick and choose from candidates that might only slightly differ on specific policy.

"If you want to evaluate any of the umpteen people who are running for mayor, really the time to get to know them is early," Wang said.

The numbers for the 2013 mayoral primary turnout show an anemic electorate: Of the more than 2.9 million Democrats eligible to vote in 2013 — the last time there was a competitive primary for mayor and an equally crowded field — only 691,801 Democrats turned out to vote.

Voter enrollment overall has increased since the election of Donald Trump to the White House in 2016.

"What we are seeing is young people really want to have a say in the conversation as much as the connected voter," Joseph said.

There are now an additional 630,000 eligible voters across the city — an increase of 13%, according to the Board of Elections — and 2020 presidential primary turnout records show there are currently 3,230,553 active Democrats registered to vote in New York City.

The question is: Will they turn out in large numbers in the upcoming primary?

"I think there is a dissatisfaction with the current leadership in this city and I think people see that if you vote, it makes a difference," Brecker said.

The primary showing was even lower in the 2017 mayoral primary. It wasn't exactly a competitive race, so even fewer voters turned out. Of more than 3.1 million eligible Democrats, only 368,372 turned out to the polls.

Since then, there's evidence the city's civic engagement has gotten a boost.

"The overall spike in interest that we have seen in politics over the last few years," Wang said. "I'm pretty hopeful that will carry forward. People have gotten involved and started to understand the democratic process from a closer viewpoint."

Primary turnout has steadily improved since 2018. The gubernatorial primary in June of 2018 got more voters to the polls. Gov. Andrew Cuomo was facing a primary challenge from Cynthia Nixon. It was also the year a group of splinter Democrats in the state Senate was voted out of office. In that primary, of a little more than 3 million eligible Democrats, 814,209 cast a vote.

Whoever wins the mayoral primary will have to capture the expanded electoral pool and compel more people to participate in the election. It's a challenge all candidates are thinking about.