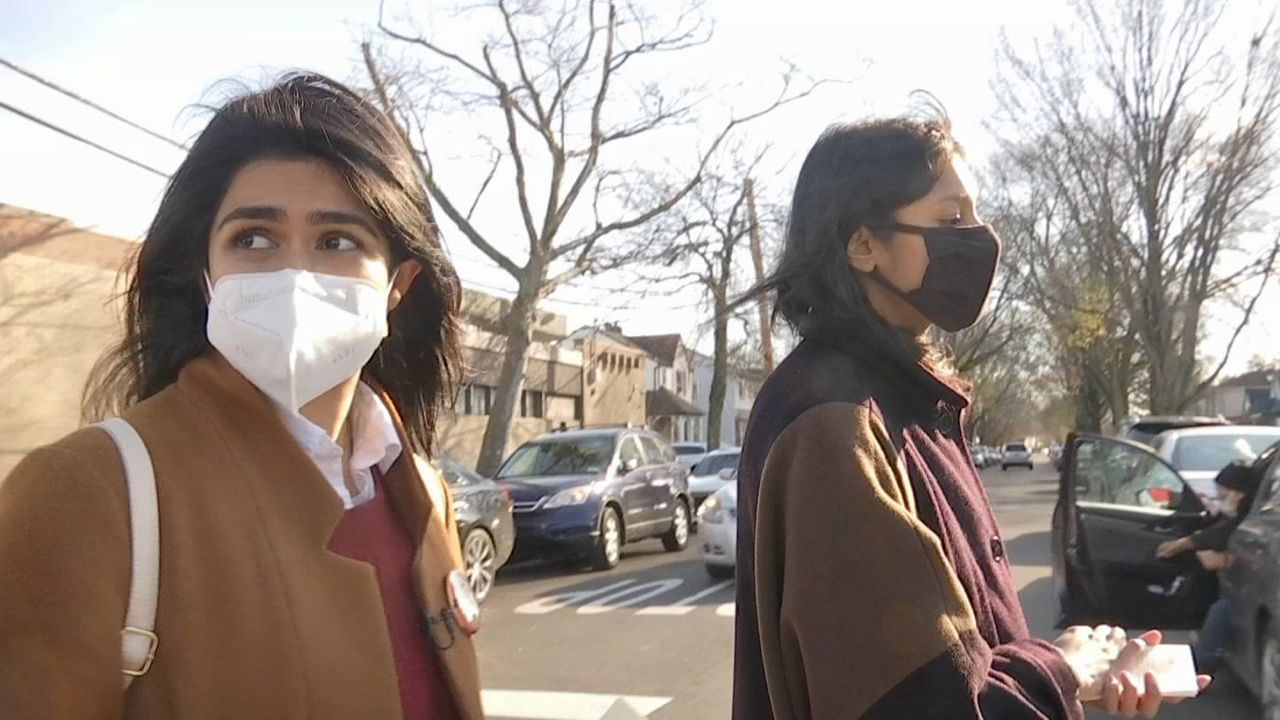 NEW YORK — Along the Hillside Avenue stretch of the Jamaica Hills section of Queens, Moumita Ahmed, a first-time political candidate, is stopped and greeted by her first name.

It helps that she speaks Bengali. The local grocer who knows her father wants her know she's got his vote.

"No one represents us, so this is an opportunity so we have come out and vote," Ahmed told NY1 on a recent afternoon as she went door to door campaigning ahead of her special election, scheduled for next month.

Councilman Rory Lancman, who represented District 24, recently stepped down from his post for a job in the Cuomo administration.

Meanwhile, over on a commercial stretch along the Floral Park area of Queens, Jaslin Kaur is stopping at local businesses not far from where her mother works at a local supermarket. With every stop, she is asking for votes.

"We've never had anyone that's been a person of color or a woman who has ever represented District 23," Kaur told NY1 as she campaigned in the district, which includes parts of Fresh Meadows, Glen Oaks, Hollis, and New Hyde Park.

Councilman Barry Grodenchik, who currently represents the district, is not seeking reelection.

Both Ahmed and Kaur are part of a slate of more than a dozen candidates running for office in City Council Districts 23 and 24 in Queens. Both seats, historically held by white men, could soon be held by a South Asian candidate — a first in the history of the City Council. The South Asian American community in New York City is hundreds of thousands strong, but for years it has struggled to secure political representation.

And even though it all could change in 2021, appealing to the South Asian community will not be enough to win. Both districts have seen rapid change in population in recent years.

"Hillside Avenue is so uniquely South Asian," Kaur said. "But we have to reach every single person because that is the goal of expanding the electorate."

For Ahmed, who came to the United States when she was 8 years old, the immigrant experience translates across languages and cultures.

Both candidates have been endorsed by the Working Families Party, and although that endorsement could translate into boots on the ground volunteers and a wide network of supporters, both are heavily relying on working from home offices, holding fundraisers on Zoom, and door knocking while keeping a distance.

"We talk about the issues when I tell them, 'I'm a renter just like you' — that is where we really connect," Ahmed said.

If elected, they'd join a new City Council which may lean even more to the left than in recent years. The candidates say a similar shift is also happening in these neighborhoods.

"People like my parents are the ones I want to fight for in the City Council. My dad is a taxi driver, my mom is a grocery store clerk, these are the working class experiences that speak to what people in this district actually want," Kaur said.

The special election in the 24th District is coming up first in February. The race for the 23rd District will be part of the regular 2021 election cycle.