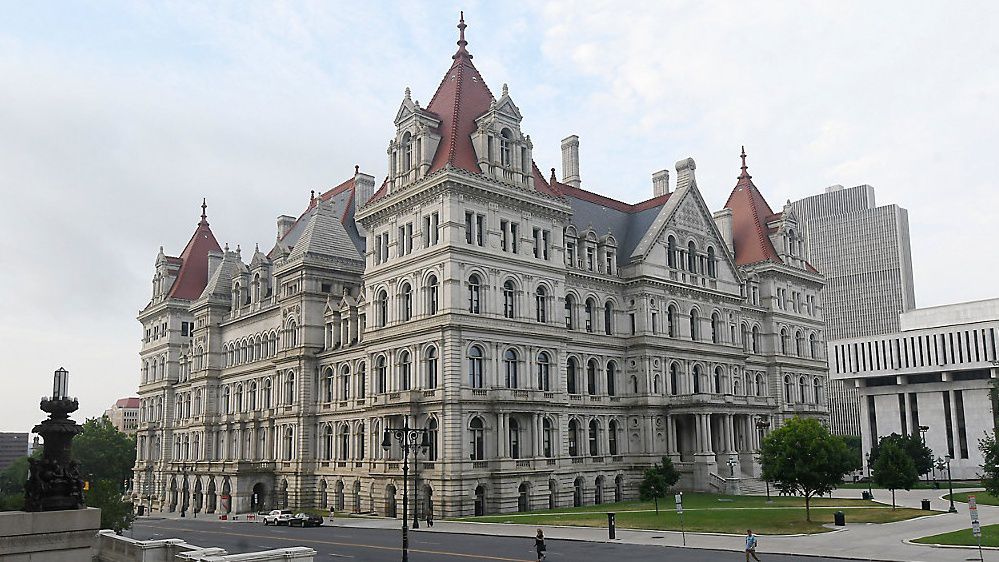 The state legislature is expected to hold a rare December session next week to ban evictions for residential tenants. The move comes as Governor Cuomo’s own ban is set to expire while the Coronavirus is still hammering the state.

Throughout the pandemic, Governor Cuomo has been protecting tenants through a ban on evictions that he extends every few months by Executive Order.

The latest one is set to expire next week.

“Obviously we update these things as we go. And we are not going to let anybody who is evicted due to these circumstances be evicted. We continue to extend this as well as the commercial rent eviction moratorium," said Melissa DeRosa, Secretary to the Governor.

But critics say protections by executive order are imperfect, since they don’t reach back to before the pandemic hit, and they put the burden on tenants to demonstrate financial hardship in order to avoid eviction proceedings.

The legislature is looking to strengthen the moratorium thorough legislation.

Sources say both @NYSA_Majority and @NYSenateDems conferencing now over proposed deal on eviction moratorium. No actual bill yet, but it will go further than @NYGovCuomo EO:

“What the legislature is discussing right now is simplifying that process. Making it a lot easier for tenants to assert hardship and have the system believe that that is true, given that we are all going through a pandemic that has affected everybody and then have a ban on evictions for those tenants," said Michael Gianaris, Senate Deputy Majority Leader.

Under the legislature’s proposal, there would be a blanket ban on all evictions for the next two months. Then tenants will have to swear to a financial hardship, punishable by law, which would prevent an eviction through the month of June.

Activists believe the legislature was prompted to take immediate action after a video surfaced of a family being evicted in Rochester last Friday night during a snowstorm.

Activists had gathered to block the eviction, when police made several arrests including of incoming Assemblyman Demond Meeks.

This is video of ⁦@votedemondmeeks⁩ being arrested for attempting to block an eviction in Rochester. State lawmakers had been considering voting for a blanket moratorium on evictions this month, but so far, have not done so. pic.twitter.com/RrRsxfIiYu

The new legislation would also include protections for landlords with smaller properties.

“Absolutely. I think that the events in Rochester really drive home the point that evictions are violent. And during a pandemic, and in the middle of Winter, we should not be evicting anybody," said Cea Weaver with Housing Justice for All.

The legislation has not yet been finalized, once the bill is printed it must sit for three days, so assuming that happens by Friday, lawmakers could go back into session and vote on it as soon as Monday.