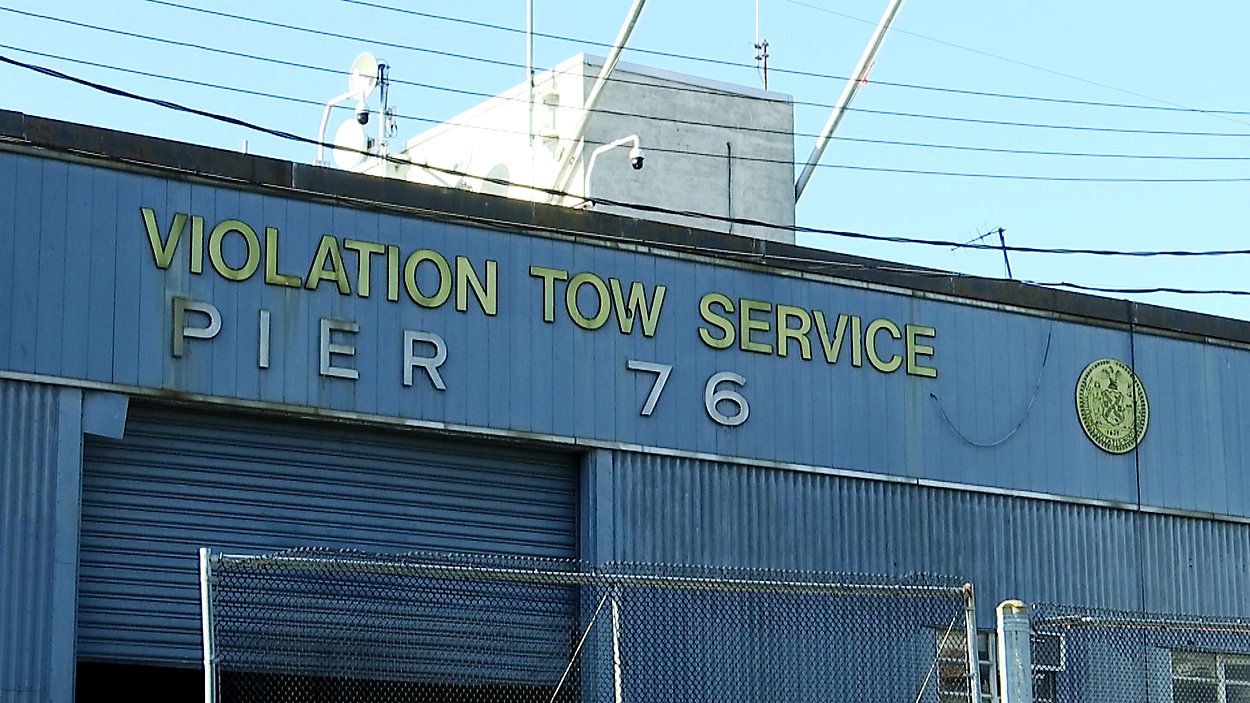 Half of all the city’s car towing takes place in Manhattan. Illegally-parked cars are taken to the NYPD tow pound on Pier 76 along the Hudson River.

Since 1998, many elected officials have been trying to get it moved off of the newly refurbished state parkland. But this year, Governor Andrew Cuomo said it will happen, or else.

"1998, the city says we are going to use our best efforts to get off the tow pound. Twenty years. Nothing happens. That's government. Bureaucracy begets bureaucracy," said Cuomo.

Cuomo stuck language in the state budget, passed in April, that imposes a $3 million fine on the city starting in January for every month the tow pound remains here. That’s on top of an already existing fine of $12 million payable to the state, which will result in a total of $48 million in fines by the end of 2021.

“Well, I think it’s wrong. You know the city just put thousands and thousands of workers on furloughs," said Assemblyman Richard Gottfried. “And that’s going to save them about $20 million. So, $48 million is a lot in the city budget.

Because the city is experiencing its worst economic crisis in generations, the de Blasio administration is asking for a two-year delay in imposing the fine.

In a document obtained by NY1 through a Freedom of Information Law request, Deputy Mayor Vicki Been formally asked for the delay in a letter to the state.

It says, in part, “It is the position of the City of New York that such a provision is a violation of the City’s home rule and due process rights under the state constitution.”

State Senator Brad Hoylman, whose district includes the tow pound, says the fine may be the only way to force the city to act.

“For the first time it seems we have the city’s attention. This is NYPD use, but it’s on the middle of a park. So you’ve got a parking lot in a park. And that generally doesn’t make sense,” said Hoylman.

There is finite amount of space on Manhattan Island where the pound can be moved to, but City officials say they have found at least two nearby locations. Both are owned by the state, and the city claims to have offered fair market value, which the state has so far, not accepted.