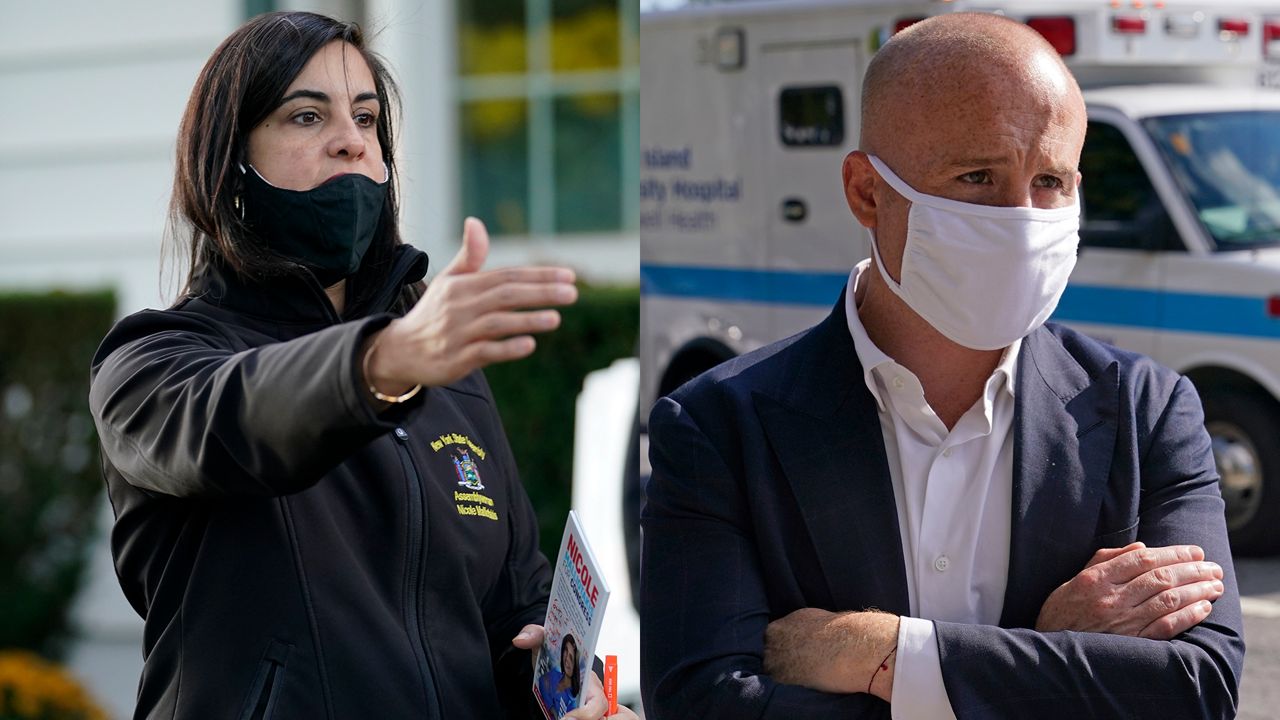 NEW YORK — Two hours before polls closed on Election Night and Rep. Max Rose was dancing in the street.

That celebration was short-lived.

Shortly before 11 p.m., Rose took the stage. He was behind.

“I believe every vote should be counted,” the freshman congressman said.

His Republican challenger, Assemblywoman Nicole Malliotakis, has a large lead, according to preliminary election results. She already claimed victory.

NY1 spoke with her Wednesday afternoon. 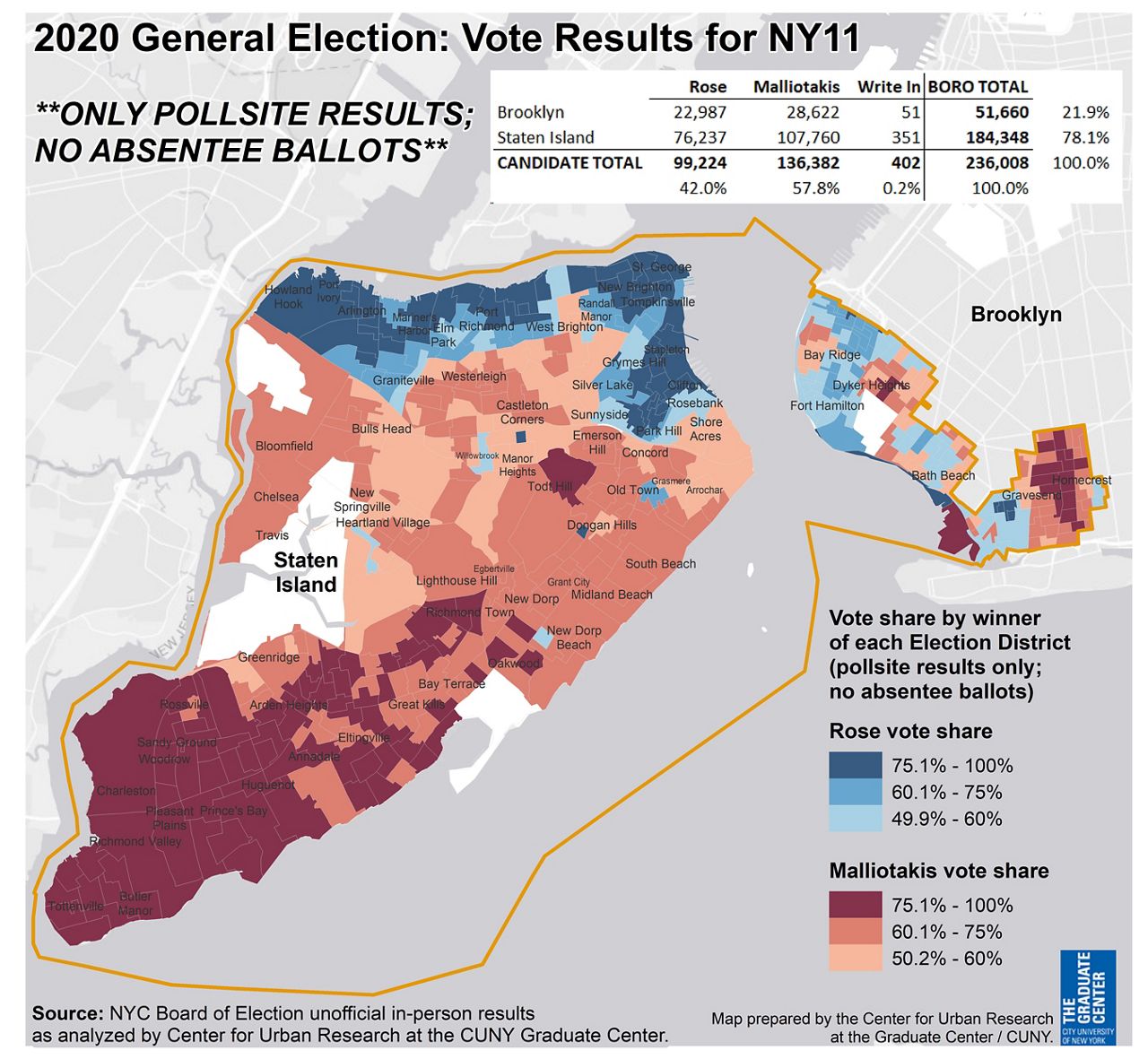 “I am sure he will concede on his own timeline,” Malliotakis said of Rose. "Look at the lead we have. 35,000 votes is pretty significant."

While more than 41,000 absentee ballots are still outstanding and will not be opened until next week, Malliotakis’s lead could be insurmountable for Rose. He would need nearly all of those ballots to swing in his favor.

Malliotakis strong showing comes after a vicious campaign. One of her main attacks: slamming Rose for marching during a Black Lives Matter protest last summer.

Rose used his Election Night remarks to weigh in on the movement.

“All too often in our politics we acknowledge the pain and fears of those who support us and we dismiss those who don’t,” Rose said Tuesday night.

Democrat Rep. @MaxRose4NY, down big in the 11th Congressional District, isn’t conceding to @Nmalliotakis. He calls for every vote to be counted.

Much of his speech focused on defending joining a BLM march in the summer. #NY1Politics

We asked Malliotakis about the speech.

She said Rose’s decision to march worked in her favor. 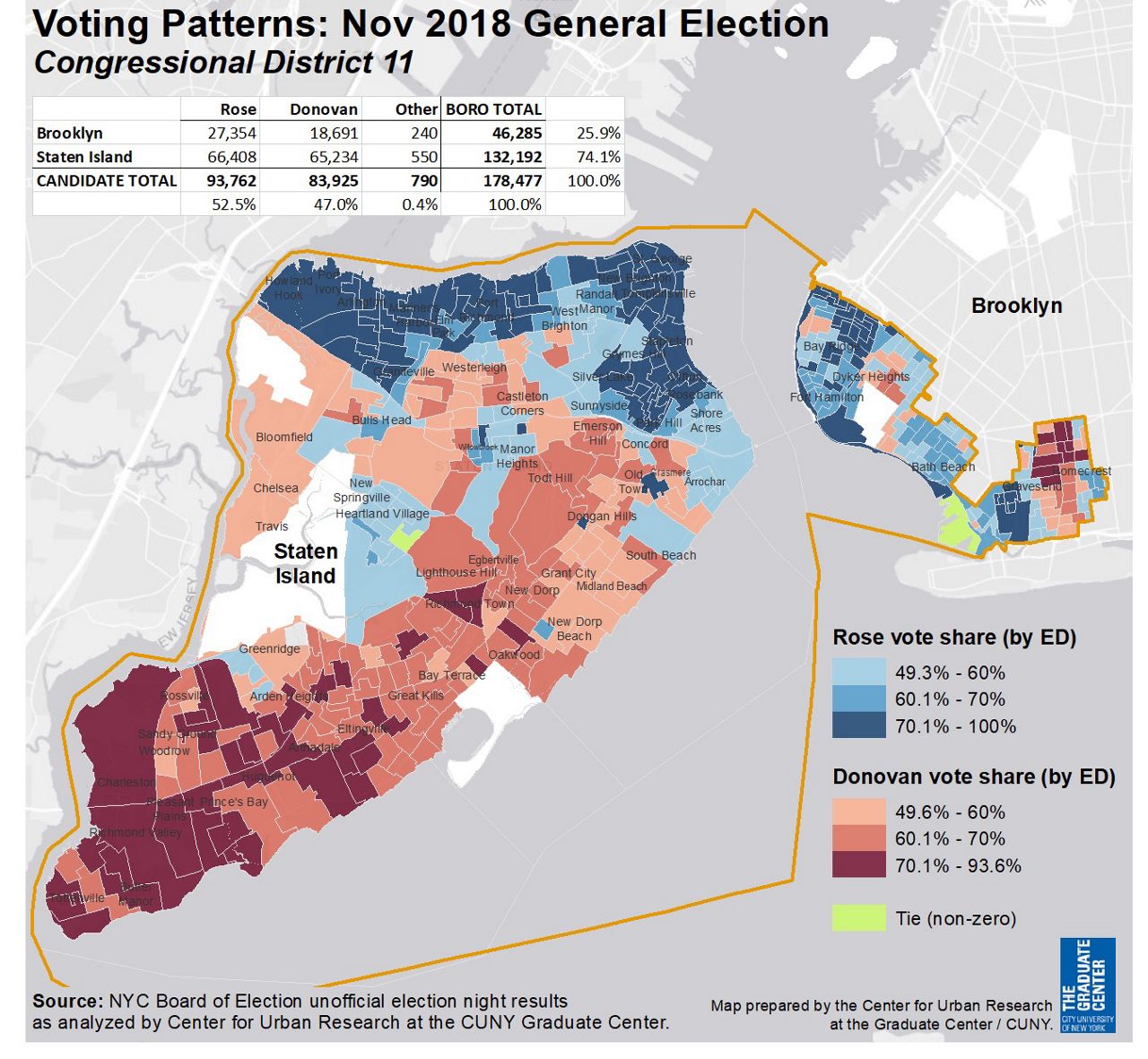 “I think he being the only elected official to stand with individuals who were calling our police officers those derogatory terms did hurt him,” Malliotakis said.

Preliminary results show President Donald Trump has a strong lead in the district. Malliotakis benefited from the president on the top of the ticket.

She also reclaimed ground Rose did well in in 2018. The 2018 map shows he made inroads in the middle of Staten Island.

Preliminary results from early voting and Election Day, which don't include absentee ballots, show Malliotakis took back some of that territory.

It's unlikely the remaining absentee ballots could turn all of that around. The Rose campaign acknowledged that but said it wants every vote counted.