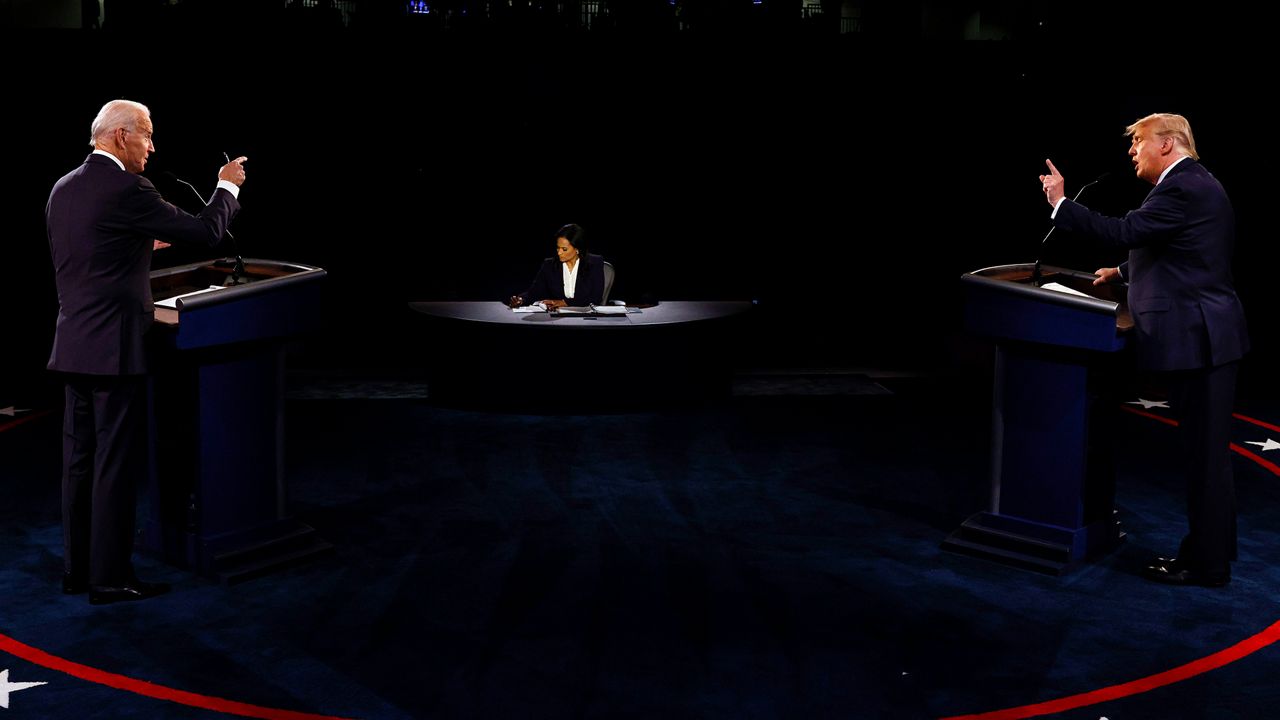 Analysis: A Tennessee Two-Step Down the Campaign Trail

There were no pardoning of interruptions between Donald Trump and Joe Biden by moderator Kristen Welker, and it allowed both candidates to deliver debate performances that were easily more coherent than their first ugly encounter in Cleveland.

From Abraham Lincoln to Adolf Hitler, the two candidates also covered a lot of weird ground on Thursday night. As Amy Coney Barrett’s future lies in the hands of the U.S. Senate, we heard more about Joe Biden’s son Hunter than the Supreme Court nominee.

And if you were worried that birtherism was over and done with, Trump allayed any concerns by questioning whether Biden is truly from Scranton. (For the record: he lived there until he was 10.)

While a lot of arguments sounded familiar when Trump and Biden debated the coronavirus for the first 30 minutes, the president surprisingly said “I take full responsibility” for the health crisis before immediately returning to script and blaming China for the pandemic.

New York City was also on the itinerary, with the president calling it a “ghost town” while Biden hailed the city’s current low infection numbers as a testament to the city’s strict policies working.

But surprisingly, it was not the pandemic that was the toughest moment of the night for Trump, but the discussion of his administration’s immigration policies.

“We’re trying very hard,’’ said Trump, who also said of the children: “They are so well taken care of. They’re in facilities that were so clean."

While the president can likely find millions of Americans who are weary of the shutdown, it seems unlikely that he could fill an arena with people who are genuinely happy about taking kids away from their parents.

Entering the stage, the president’s near-impossible task was to gain ground on Joe Biden without overpunching to the point of looking too aggressive. Biden’s main goal was easier: deliver a performance that will allow him to hold his lead in polls until Election Day.

While both men likely got backslaps from their aides after they left the stage, a win-win is actually a loss for Trump, who needed the former vice president to look like the “Sleepy Joe” on the president’s Twitter feed. Lowering the bar for Biden’s performance, Trump may have lowered the bar on himself.

After a summer of near-denial about the coronavirus which culminated in his own infection, Trump finally gave the kind of semi-disciplined debate performance that his supporters craved, but it may be too late.

Time has almost run out on this campaign where millions of Americans have already voted and finding an undecided voter has the feel of a “Where’s Waldo?” contest.

Trump has to hope for a repeat of 2016, where the national polls were largely accurate while surveys in a handful of crucial swing states were dreadfully wrong. The president could once again thread the needle: he only needs to win Wisconsin or Pennsylvania or Michigan and hold the rest of the states he took home in 2016.

But polls show that strategy may be on shaky ground while Biden’s map may be widening -- with 2016 red states like Arizona, Georgia, North Carolina and Texas all possibly in play.

Trump’s team points to a growth in support with Blacks and Latinos, but Biden can point right back with a massive gender gap in the race and a surprising groundswell among senior citizens.

If all goes to plan, we’ll hopefully know who won this race in less than two weeks. But then again, almost nothing has gone to plan this year. There’s no hindsight in 2020.