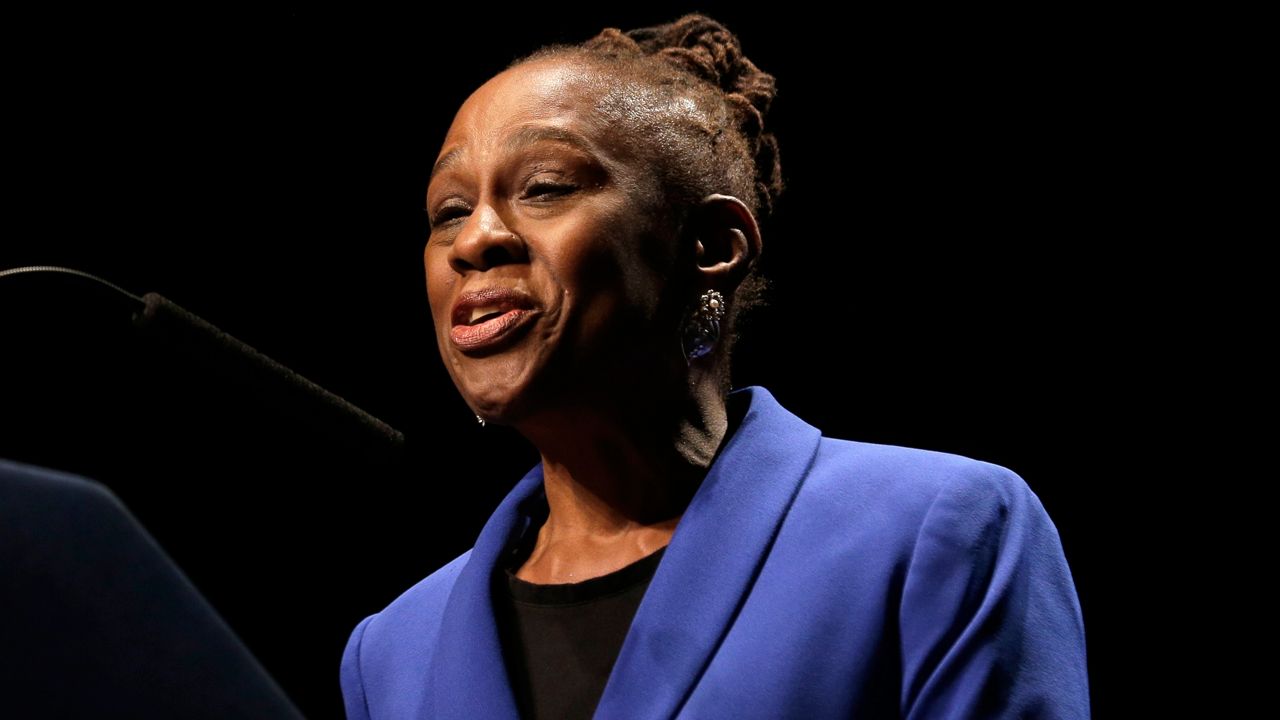 NEW YORK — Chirlane McCray, the city’s first lady, told NY1 on Thursday night she will not run for Brooklyn borough president, ending years of speculation she was angling for public office.

“I thought about running for Brooklyn borough president. I thought about it long and hard and decided in this urgent moment there’s so much work to be done, right now, right here where I am, and my priority really is to see this through — my priority is serving the people of New York,” McCray said in an exclusive interview with “NY1 Live at Ten” anchor Cheryl Wills. “The pandemic has devastated so many families and people are hurting. And I want to make sure New Yorkers have services they need and our city comes back stronger than ever,”

McCray didn’t say if she would run for a different office in the future.

For years, McCray — who worked for former mayor David Dinkins — fueled speculation about her political future as she took on high profile and controversial projects in her husband’s administration.

The most controversial one is ThriveNYC. The mental health initiative has cost more than $850 million. A 2019 Politico New York report found the program has "operated without much scrutiny or accountability" since its launch in 2015.

McCray has tried to fend off criticism by pointing to the popularity of the city's mental health hotline as an example of ThriveNYC's success, arguing that more than a half-million people have called NYC Well since October 2016.

But when NY1 asked how many of those people got the health services they needed, McCray admitted it was difficult to track.

McCray has also been accused of using the administration to pump up her political stock with new media ventures, splashy media coverage of her Gracie Mansion Art exhibit, and a city-sponsored podcast. She and Mayor Bill de Blasio dismissed that, arguing they have abided by all ethical rules and pointing out she has not been paid for her roles.

Speculation about her political future intensified in March 2018, when she told NY1 she was seriously considering running for office once de Blasio leaves Gracie Mansion.

McCray: I want to serve with distinction, I want to do the very best job I can at what I am doing right now. I want [ThriveNYC] to be successful more than anything, and that's going to be where I put all of my intention, and then figure out what comes next."

Courtney Gross: But are we talking about 2021?

Gross: To run for something?

The decision not to seek public office comes as her husband’s political stock has plummeted. In recent months, de Blasio has taken heat for his handling of the coronavirus pandemic, including the reopening of public schools last month.

“It’s very difficult. A lot of it is because people are so stressed out because of the economic distress, because of the uncertainty, because of the negative messaging from Washington,” McCray said, defending de Blasio. “This is a really tough time to govern. And he’s doing a great job, getting so much done.”

McCray would not say if she wanted her husband to run for public office again, saying it’s up to him to decide, echoing the same sentiment de Blasio had when asked if his wife should run.

“Good question. I think that’s for Bill de Blasio to decide,” McCray said. “He’s my partner in all things, I want only the best for him. He has to decide what he wants to do, where he wants to go next.”

This story includes reporting from Courtney Gross and Gloria Pazmino.