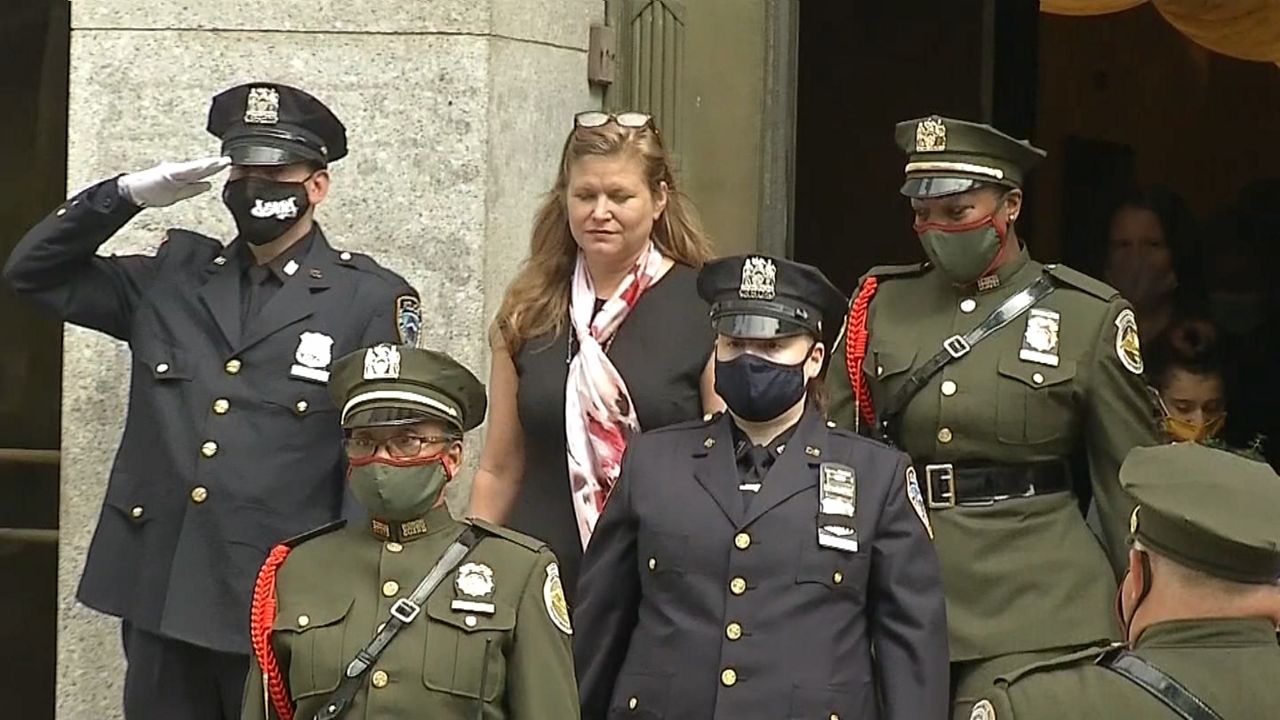 When Kathryn Garcia stepped down from her post as sanitation commissioner Friday, it drew plenty of attention.

Not just because of her past record, but also because of her future plans. Garcia is weighing a run for mayor. But she didn’t want to draw attention to that Friday.

"We're not gonna have that conversation right now,” she told the media after a ceremonial walkout that was accompanied by drums and bagpipes. “Today I'm really just going to focus on all the accomplishments of this agency."

Garcia's experience could position her as a non-ideological candidate with a proven track record of making city government work.

She's no stranger to the spotlight. Garcia regularly briefed the public on the city's response to storms. And Mayor de Blasio tapped her repeatedly to manage major crises, from lead paint issues in public housing to emergency meal programs during the pandemic. Last year she was also asked to step in as interim head of the city's Housing Authority.

But she would be a heavy underdog in a crowd that includes several seasoned politicians. She's never run for office, has little name recognition and no natural base of support.

Another potential liability: having presided over the agency now being blamed for increased trash on city streets. That’s largely a function of budget cuts, but Garcia would nonetheless have to address those questions on the campaign trial.

"This has just been an unbelievable privilege to lead this agency for the last six-and-a-half years,” Garcia said, “So I'm going to go rest a little bit. And hopefully we will all talk soon."