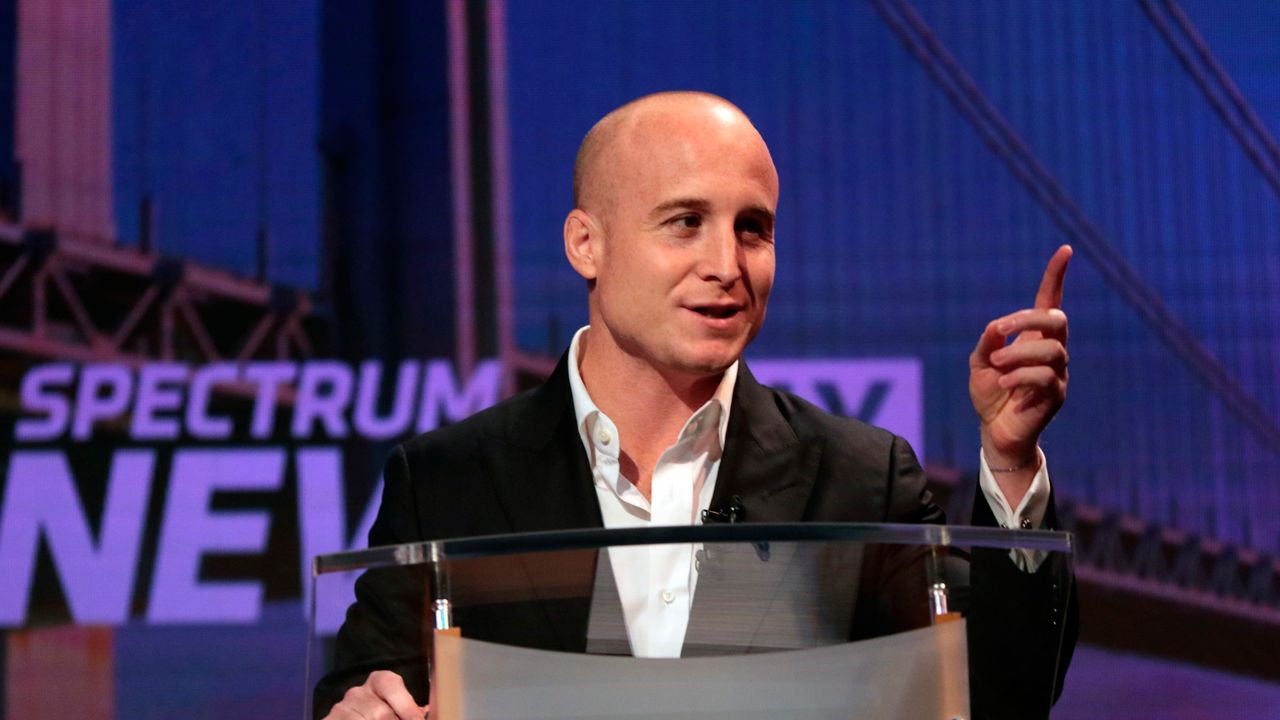 “Bill de Blasio is the worst mayor in the history of New York City,” the Democratic freshman congressman says in a campaign ad. He pauses and then says, "That’s it, guys.”

Rose’s campaign team released the video this week and it immediately made waves.

The mayor weighed in Thursday morning: “He's a politician running for office and he's wrong,” he said.

Clearly, Hizzoner has been cast in a supporting role in this race. This 11th Congressional District, the only competitive one in the five boroughs, covers Staten Island and southern Brooklyn. The mayor is not exactly popular here.

NY1 spoke to the congressman Thursday.

“Bill de Blasio is an abject failure,” Rose told us. "That’s not a statement of opinion; that's a statement of fact. He failed before corona[virus] and he failed during corona[virus]. He is killing this city. It’s important to note that I state that as a Democrat.”

Rose is facing a serious challenge from Staten Island Assemblywoman Nicole Malliotakis. The Republican faced off against de Blasio in the 2017 mayor’s race. At the time, she easily won Staten Island.

“He is making it about de Blasio,” Malliotakis said Thursday, referring to Rose. "I am making it about Max Rose. And quite frankly, there is a lot of similarities between the two of them. Max Rose and Bill de Blasio are two progressive peas in one pod.”

For months, Malliotakis has tried to align Rose with the mayor, including on the airwaves.

In one of her ads, released last month, she says, “I am not going to let Max Rose and Mayor de Blasio destroy this city with their disastrous policies.”

The race has become increasingly nasty — much of the campaign on both sides is about attacking their opponent.

“Nicole is a one-trick pony,” Rose said. "And when you have constantly shifted your views and you have never done anything to actually help people, despite the fact that you’ve been a lying politician in Albany for more than a decade, you would take all of your talking points from Sean Spicer, as she has already done.”

Malliotakis fired back: “I am the one who has been holding Bill de Blasio accountable for what he has been doing to this district.”

Most insiders say this race is close.

Malliotakis is playing to the district’s Trump-friendly, conservative base, while tapping into support from police unions.

Rose is trying to play the centrist card. And when asked whom he voted for in 2017, he said he didn’t support the incumbent. He said he voted for former Councilman Sal Albanese, de Blasio's Democratic primary opponent that year.