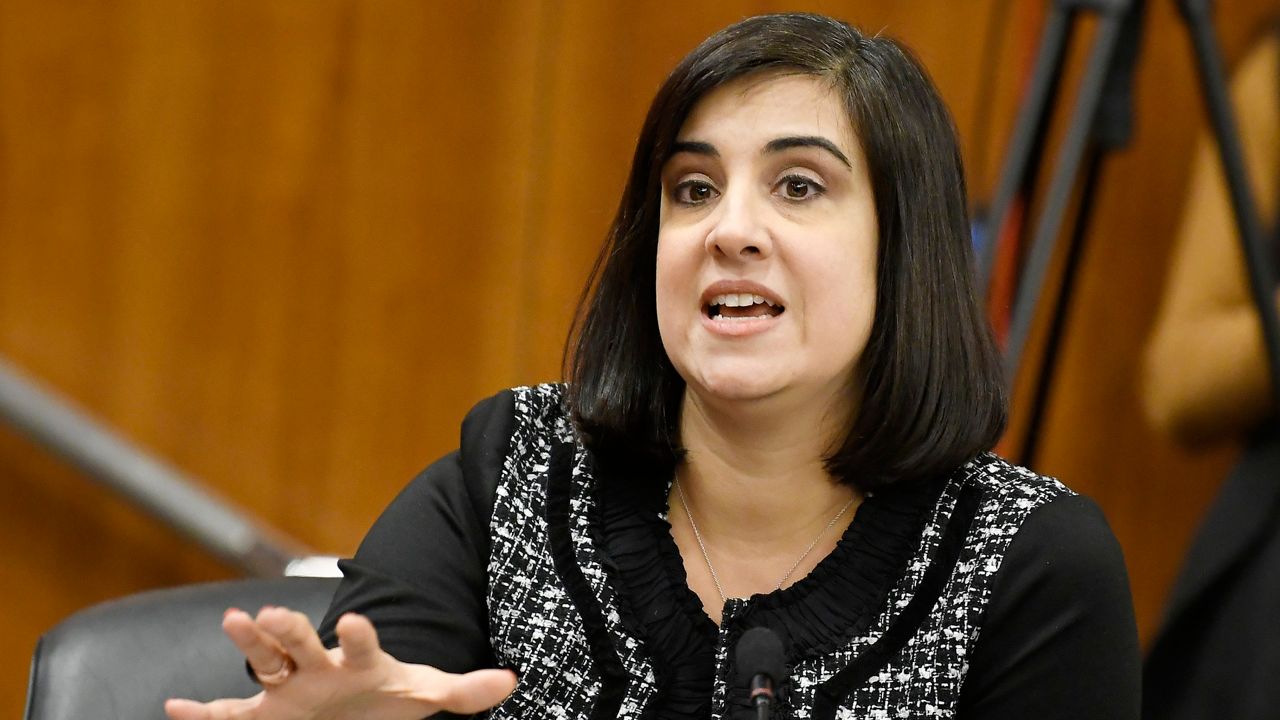 Malliotakis Says Rose Is Lying About Her Record, Isn’t Standing Up to Progressives

Amidst an ugly and accusation-laden congressional battle with New York Rep. Max Rose, Assemblywoman Nicole Malliotakis labeled the incumbent as too cowardly to stand up to progressives, and says he is lying about her record.

“You have two types of Democrats right now. You have socialist Democrats like Alexandria Ocasio-Cortez. And then you have cowardly Democrats, people like, you know, Joe Biden and Max Rose, who keep moving more and more to the left to satisfy a far left, radical base,” Malliotakis said in an interview with Inside City Hall Anchor Errol Louis on Tuesday evening.

Malliotakis, who has represented Staten Island and parts of Brooklyn in the State Assembly, argued voters in the 11th Congressional District need a Republican like her who can fight against the growing tide of liberalism in New York City.

The Republican nominee for the district has argued on the campaign trail and in ads that Rose, the Democratic freshman congressman for the district, has failed to stand up to progressives like Mayor Bill de Blasio and Ocasio-Cortez. In some of her ads, she has attempted to pin Rose to many of the popular policy pegs among progressives and Democratic socialists — although the congressman has been a moderate Democrat and doesn’t back many of those proposals, such as defunding the police.

The ads in this general election fight have gotten nasty, trading accusations about each candidate’s record, and some of Rose’s ads call Malliotakis a “first-class fraud.” Malliotakis hammered the claims in the interview with NY1, saying she never ran a political action committee that gave thousands of dollars to a de Blasio campaign, and does not support keeping New York a “sanctuary city.”

The Assemblywoman has been a frequent opponent of “sanctuary cities,” demanding New York cooperate with federal immigration authorities in their deportation efforts.

Malliotakis — who has often focused on public safety and argues “sanctuary cities” make New York less safe — is labeling herself as the law-and-order candidate in the race, and was endorsed by the Police Benevolent Association union for uniformed officers.

A recent Malliotakis campaign ad tried to make that safety pitch to voters by painting Black Lives Matter protests as violent. The ad argues that the police are the only thing “standing between us and violent chaos.” The apocalyptic view of police reform protests in the wake of George Floyd’s death — demonstrations that have been largely peaceful — has been a frequent theme this week at the Republican National Convention, which the New York lawmaker has praised.

Malliotakis also told Louis she has supported Trump. She argued that the reason in 2017 she said she wished she wrote in Florida Sen. Marco Rubio for president during the Republican primary was out of frustration for frequently being asked about the president on her mayoral campaign trail.

Malliotakis, who was running for mayor as an underdog in a deep-blue city, attempted to distance herself from Trump during that campaign and said she didn’t know what the president was doing well, saying the policies coming out of the White House were “not good policies.”

For his part, though, Trump didn’t seem to mind the comments: he endorsed her congressional bid in February.

Malliotakis has tried to capitalize on Rose representing a district — Staten Island and south Brooklyn — that usually sends Republicans to Congress and is fond of Trump. He won the district by 10 points in the 2016 presidential election — and by over 50 points on Staten Island, which comprises a majority of the 11th Congressional District. Staten Island was the only borough Trump won in 2016.​