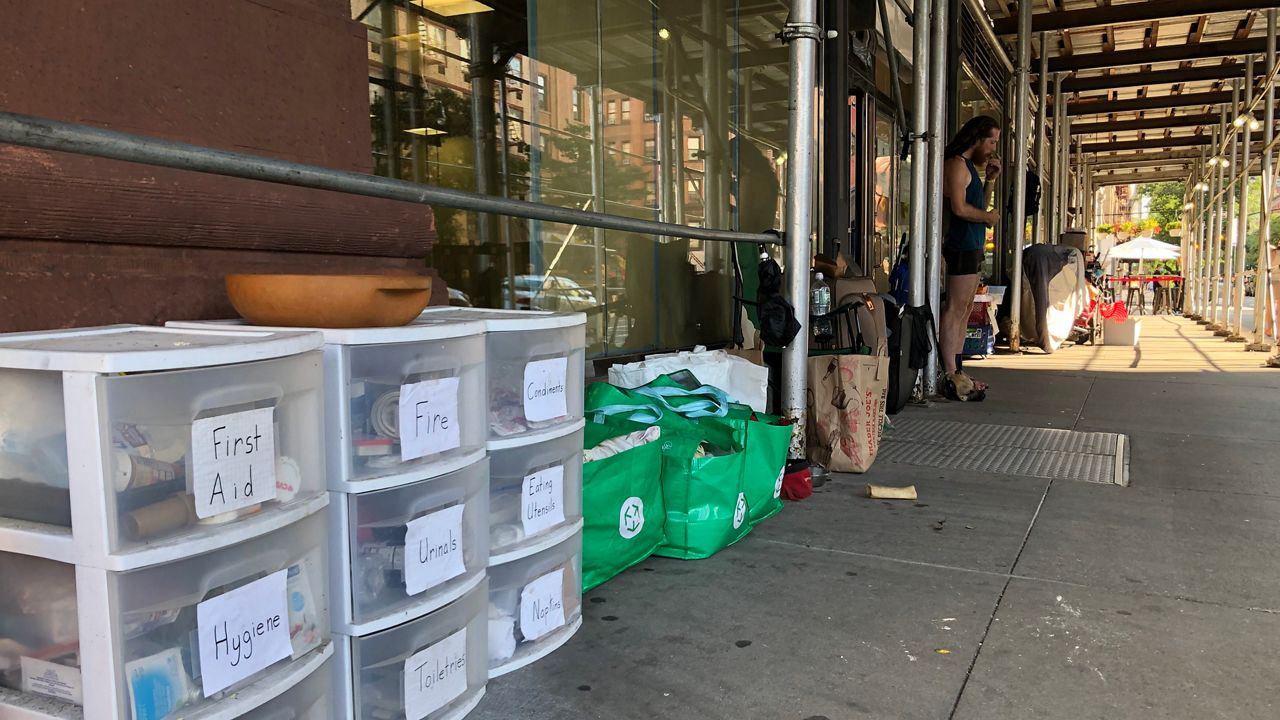 Upper West Side Divided Over Hotels for the Homeless

Sidewalk chalk might say welcome to the neighborhood, but men staying at The Lucerne on the Upper West Side may not feel like they are a wanted addition.

“What can I say to the community? That, again, we have to follow protocol,” Angel Ortiz told NY1 outside the boutique establishment. “It’s not like we came here because we wanted to come here. It’s because of the city’s policy of social distancing and stuff like that.”

Ortiz has been in the city’s shelter system for nine months. He’s been at the hotel for two weeks.

“I want to comply with the community as much as I can,” Ortiz said. “I’m not trying to rock the boat.”

But the fact is he is one of 283 homeless men staying at The Lucerne Hotel. The city has moved homeless people into four hotels in this community district — about 700 people in all.

It’s created a firestorm in this liberal locale, dividing the community and leading to charges of racism.

“There are mentally ill people in there,” Robert Montano said. He is a member of a new group, Upper West Siders For Safer Streets, opposing the moves.

“Drug problems, alcohol problems, there’s needles,” Montano said. “There’s little bottles of liquor we have to pick up off the street. What happens if a child goes in there and takes it off the ground?”

This group was started about two weeks ago. It already has more than 6,000 members.

“We want people in there, if they’re gonna be staying in there, to act accordingly,” Montano said. “There is no discrimination. The only thing we’re making sure of is they are within the guidelines of society over here.”

Of course, not everyone in the neighborhood feels that way.

“We’re not putting focus on hate or fear-mongerers. We’re here to combat ignorance,” said  Heather Gunn Rivera, who owns a business around the corner from The Lucerne.

Another group of residents has started a petition to treat their new neighbors with compassion. Members wrote messages in chalk at their doorstep.

“This is a much bigger issue than not in my neighborhood,” Gunn Rivera told NY1. “There is systemic racism here. There is white supremacy here. It’s big.”

The dispute has put the Upper West Side in the middle of the city’s fight over homelessness.

“The truth of the matter is crime has not gone up,” said the local councilwoman, Helen Rosenthal. “People’s worst nightmares are not unfolding.”

She says she does not see these hotels or their new residents as dangerous. She told us she would welcome more.

For Ortiz, he just needs a place to stay. He doesn’t care much about the zip code.

“I want to apologize to the community if it’s been disruptive. It is what it is,” he said.