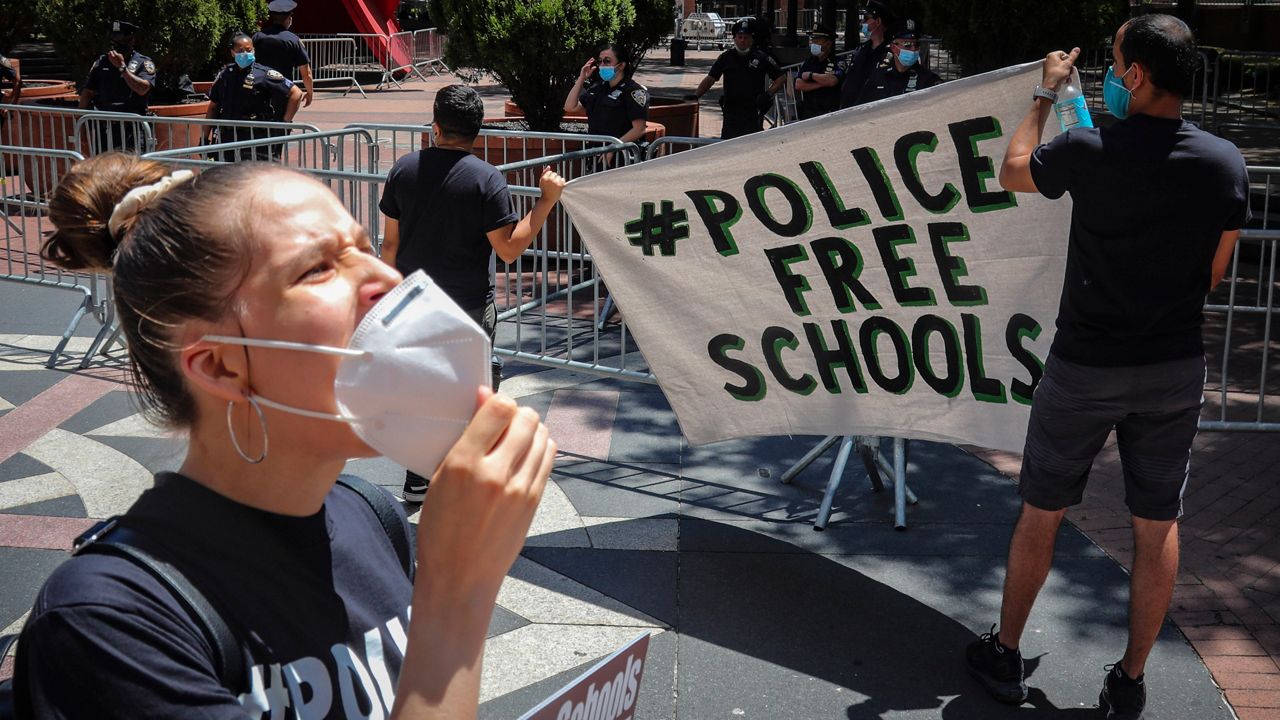 De Blasio: If the NYPD Loses Oversight of School Safety Officers, It Would Be a Multi-Year Process

Any approach to school safety officers being moved out of the NYPD's oversight would need to be done over multiple years, Mayor Bill de Blasio said Monday evening on NY1.

In his weekly “Mondays with the Mayor” interview on Inside City Hall, de Blasio told Political Anchor Errol Louis that details of a plan were still being worked out, but he wants school safety agents to focus on restorative justice rather than punitive or aggressive measures.

The mayor is under political pressure from protesters, who for much of the past month have demanded the NYPD be removed from schools. They argue police are too aggressive with students, and the environment is not healthy.

While de Blasio contends NYPD school safety agents under his administration have made strides towards restorative justice already, he told NY1 their training needs to be improved.

“Over the next few years, we would figure out what a transition looks like that is safe and effective, and it would have to be proven,” the mayor said. “This is about ensuring that we continue to reform and improve the training, for example, of school safety agents, the strategy; a focus on safety, but a focus on what I might argue is a sort of more holistic approach — really trying to engage young people more deeply than we have previously.”

Although he expressed optimism it would be done on time, the mayor did not provide any further details on progress for a city budget deal, which is due Tuesday at 11:59 p.m.

On Monday, reversing course, de Blasio announced he submitted a proposal to the City Council that would cut $1 billion from the NYPD after weeks of pressure from protesters.

As recently as Friday, de Blasio would not commit to the $1 billion mark, although he did say he wanted some cuts to the police department's budget.

De Blasio says the city will have to tighten its belt even further as the economic downturn continues. The mayor has warned as many as 22,000 municipal employees could be laid off or furloughed to make up for the steep drop in revenue, estimated at $9 billion in revenue, at a minimum, if the city doesn’t get stimulus money from either the federal or state government.