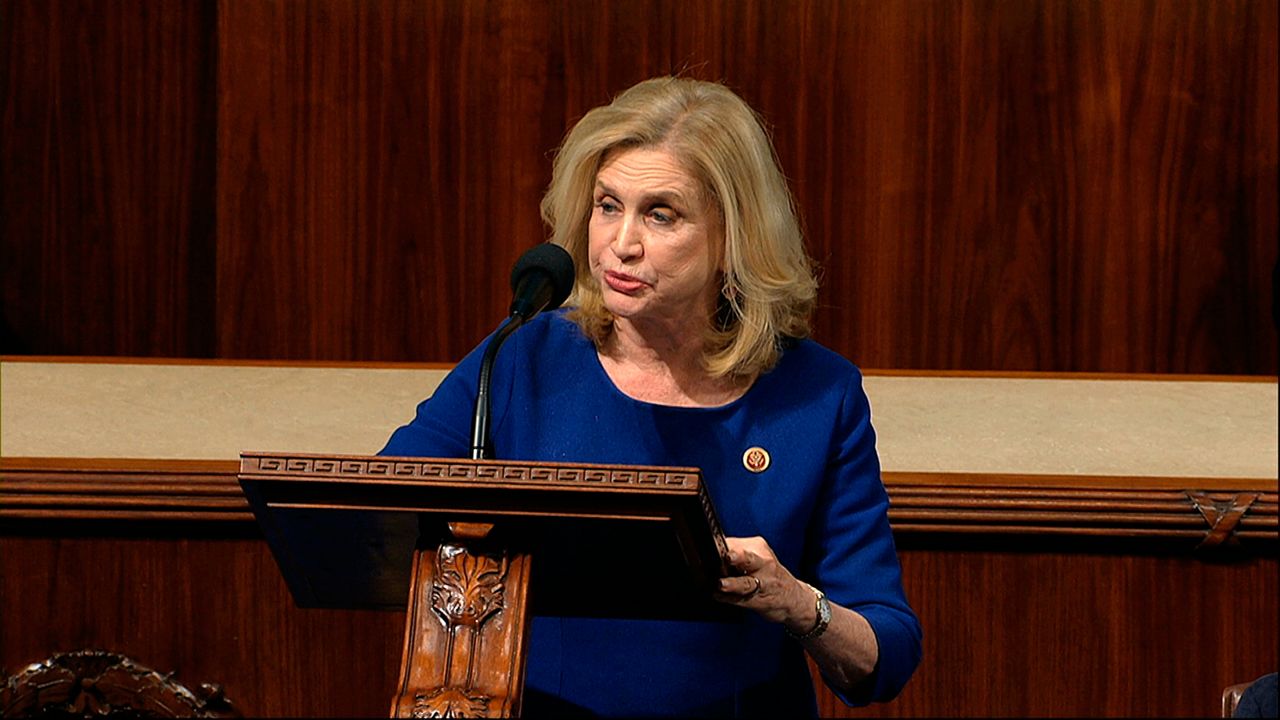 “I haven’t seen anything you’ve done except criticize everybody else," Rep. Carolyn Maloney said in a NY1 debate.

The longtime congresswoman sought to fend off attack after attack from three challengers who criticized her as slow to embrace progressive causes.

Suraj Patel, Lauren Ashcraft, and Peter Harrison formed a tag team of sorts, keeping Maloney on the defensive on issues from the Black Lives Matter movement to the failed Amazon deal in Queens.

“So the question is, how we will trust people who’ve had a hand in creating this system to fix it after 24 years of doubling down on it?” Patel asked.

“How do you expect us to see you as a leader against police brutality when you been some of the slowest to act?” Ashcraft said.

Maloney is again defending her Manhattan, Brooklyn, and Queens seat against Patel, who took 40 percent of the vote in a head-to-head matchup in 2018.

In the debate, Maloney stressed her negotiation skills, honed over 14 terms in the House.

And she noted her oversight of the Trump presidency as part of the Democratic leadership.

“I cut a deal that I would support the bill and the leadership planned to get it through the House," she said. "And that’s what I did. So I got a win for people.”

Maloney was touting her push of paid family leave in the recent National Defense Authorization Act after Ashcraft slammed her for voting years ago against an amendment limiting transfers of military gear to police.

The congresswoman then rejected Patel’s persistent portrayal of her and President Donald Trump as the status quo.

“May I remind you I impeached Donald Trump," she said. "I led that effort. Stop trying to tie us together.”

Patel and Ashcraft also criticized Maloney’s vote in favor of the 1994 Crime Bill.

The debate then turned to last year’s bungled deal to build Amazon’s headquarters in the district and whether those jobs would have blunted economic fallout in the COVID-19 crisis.

The challengers aimed barbs at the congresswoman for backing the deal.

Harrison, alone, said he wouldn’t have even negotiated with Amazon.

“Rep. Maloney also actually supported giving $3 billion in public wealth to Jeff Bezos for jobs that were never guaranteed, by the way," he said.