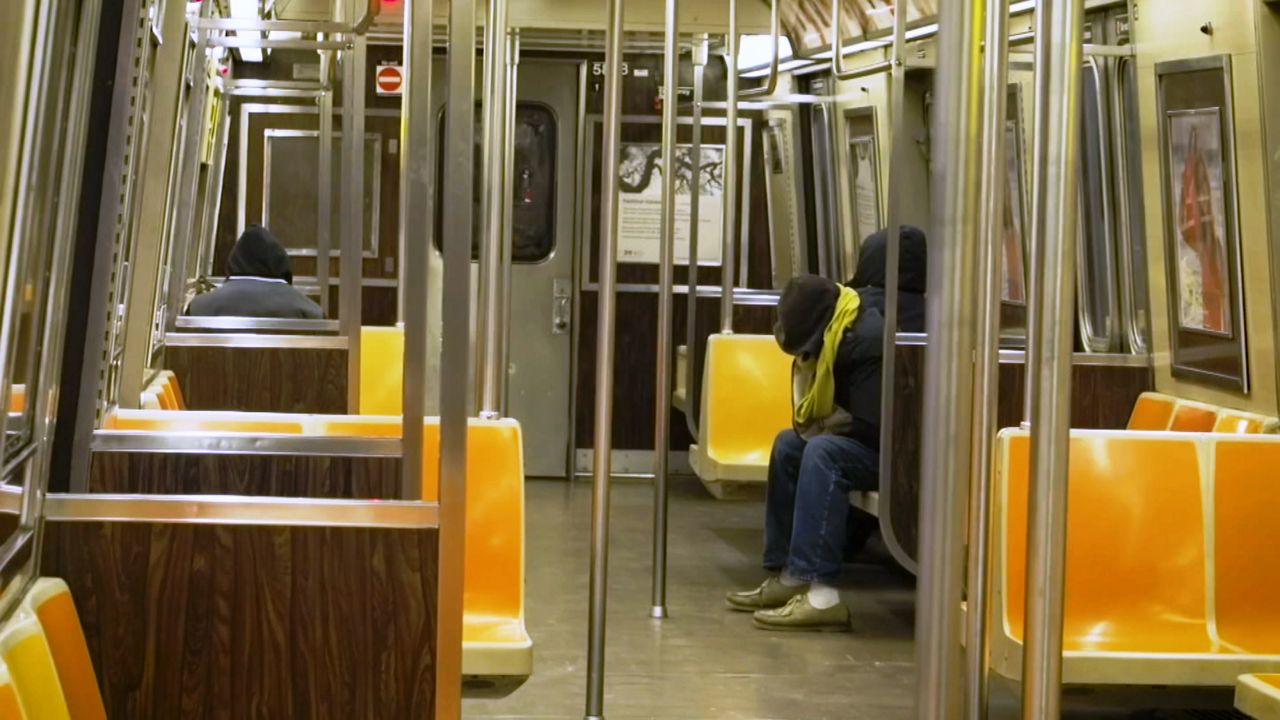 A social services worker, left, with a homeless individual. Buses have taken people out of the shutdown subway system and to shelters — but are they getting the help they need? Courtney Gross/NY1.

On the heels of reporting by NY1, New York City released new numbers Thursday morning on how many homeless people are actually staying in shelter after they have been kicked off the subway.

The number is a fraction of what was previously reported.

​Every day for the past week, Mayor Bill de Blasio has released statistics on how many homeless people are moving into homeless shelters after the subway closes down for overnight cleaning. Each day the mayor has said hundreds of people have accepted city services — including shelter.

On Thursday, a much clearer picture was given of what those numbers actually mean.

According to the Department of Homeless Services, in the first five days of the subway shutdown, 824 homeless people from the subway accepted a referral to a shelter.

Of those, 201 actually went through the full intake process and accepted a shelter placement.

As of Thursday, 102 of them were still in shelter. That means about 12 percent of those who originally accepted services remained in shelter.

The mayor’s numbers prove that practice was much more widespread.

Even so, city officials say any number of homeless people entering shelter is considered a victory.

“Anyone accepting any services is a step forward,” de Blasio said Thursday. This is a “tough playing field,” he added, and even getting to the door of the shelter is a good thing.

That's even if the homeless person ends up walking away.