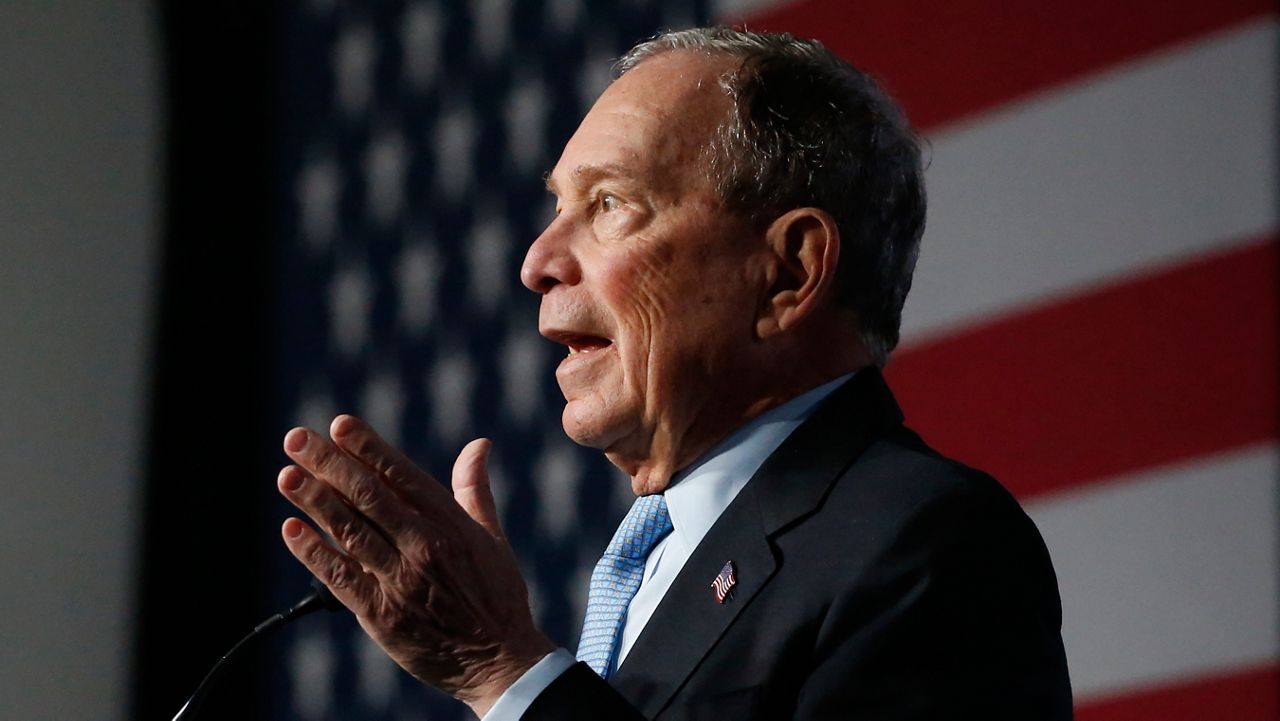 A file image of Michael Bloomberg on the presidential campaign trail on February 25, 2020, in Salt Lake City, Utah. Photo courtesy of Associated Press.

It was just three weeks ago when former New York City Mayor Mike Bloomberg dropped out of the race for president.

At the time, and for the weeks before that announcement, the mayor and his campaign staff promised they would keep much of their campaign staff on board to support the eventual Democratic nominee.

That staff would stay on through November in six battleground states, like Florida.

"He has hired people around this state. The best people we can possibly find. We opened up offices. And he has signed those leases through November and told everyone in those offices, you are working through November because this is one of the six states that are critical to winning in November and I’m committed to winning it on my behalf or whomever is going to be the nominee for president."

But on Friday, that all changed.

The former mayor abandoned his plans to create an independent committee to support the nominee and instead sent the Democratic National Committee $18 million. The same day, his field staff were told they will be employed and paid through the first week in April. Their benefits would continue through the end of April. But then that’s it.

On Monday, two separate lawsuits were filed accusing the former mayor’s campaign of fraud and breach of contract. Both were filed as class-actions in federal court.

Justin Swartz filed one of the lawsuits. His client is a former Bloomberg staffer in Miami.

"They were fired at a time that was the least advantageous one could possibly imagine,” Swartz told NY1. "They don’t have income. They don’t have health insurance. We hope Mr. Bloomberg will do something to make it right."

The other lawsuit was filed by three former staffers and claims: "the Bloomberg campaign did this during the worst global pandemic since 1918, in the face of a looming economic crisis.”

In response to the lawsuits, a spokesperson for the Bloomberg campaign sent us this statement: "Given the current crisis, a fund is being created to ensure that all staff receive healthcare through April, which no other campaign has done. And many field staff will go on to work for the DNC in battleground states, in part because the campaign made the largest monetary transfer to the DNC from a Presidential campaign in history to support the DNC’s organizing efforts.”