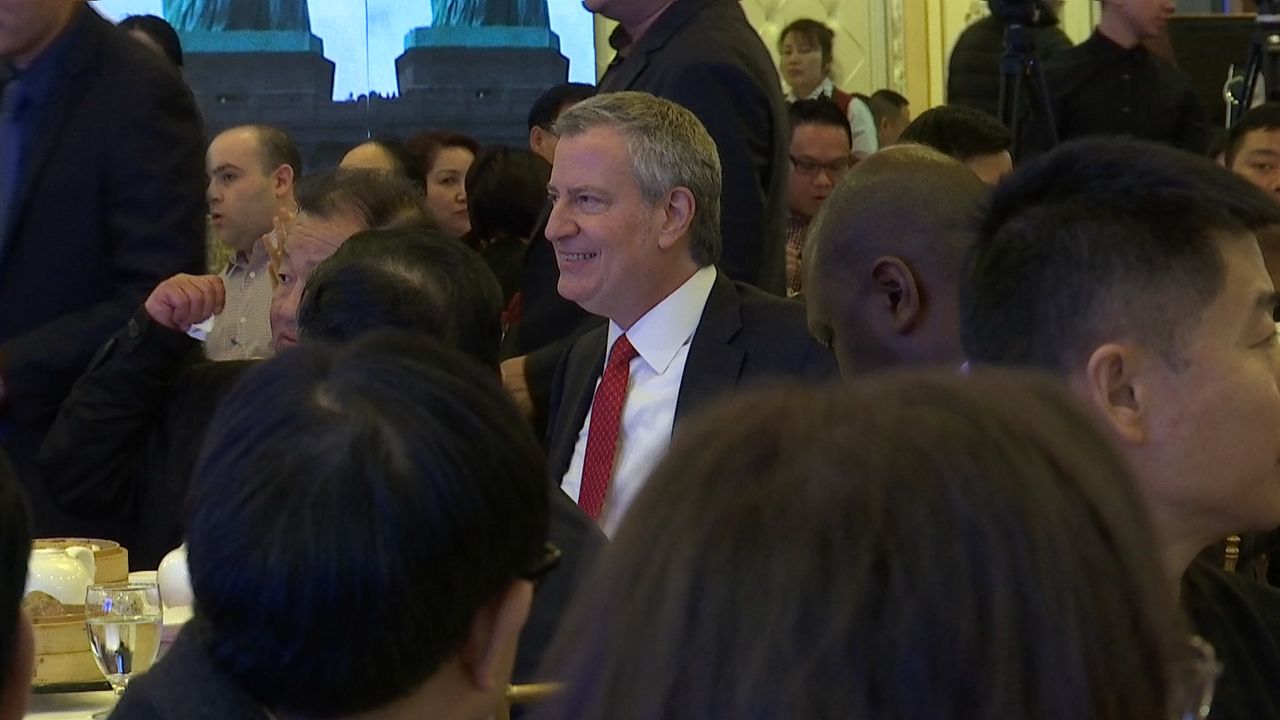 It was a full house Thursday afternoon at the Royal Queen - dim sum central at the New World Market in Flushing.

There have been no cases of coronavirus confirmed in New York so far. But in the past few weeks, as the virus has sickened hundreds of people in Asia and Europe, as well as a few cases in the U.S., its rapid spread in China has had a direct impact on New York, keeping shoppers and diners away from businesses with ties to the Asian American community.

Connie Zhang, president and CEO of the Royal Queen, said her restaurant has been dealing with constant event cancellations, and the crowds that usually pack into the popular eatery have thinned out in recent weeks.

"Normally, we're packed. But today, we have like 30 percent of the customers," Zhang said. "Yes, that's the first time I scared myself. I don't know what to do."

Thomas Grech, president and CEO of the Queens Chamber of Commerce, said it's not just restaurants seeing a decrease in business.

"Numbers of 30 to 40 percent business being down, and not just in restaurants because you think food establishments, but also places like doctor's officers and nail salons and other service industries," Grech said.

So Mayor Bill de Blasio, his top commissioners and local business leaders held a luncheon to let New Yorkers know these communities are open, in need of business and completely safe.

"There has been a real slowdown in revenues and foot traffic," said Gregg Bishop, commissioner of the city's Department of Small Business Services. "So all across the city, we have terrific Chinatowns, here in Flushing, in Chinatown, in Sunset Park in Brooklyn, and unfortunately, it's because people are responding to unfounded rumors and fears about the virus."

Some in the Asian American community have also reported instances of bias and being turned away from businesses, a violation of the city's Human Rights Code.

"No matter what, no one in New York City should be mistreated, should be discriminated against, should be harassed because of their ethnicity, their race or where they come from," said Carmelyn Malalis, commissioner on the Commission on Human Rights.

On a day in which the mayor was struggling with a sore throat and the temporary loss of his voice, de Blasio dined on soup and dumplings, leaving the rallying to other elected officials, including City Council Speaker Corey Johnson.

"The risk of infection is extraordinarily low right now, so there is no reason to avoid Flushing, or to avoid Chinatown or Sunset Park. We actually want people to celebrate," Johnson said.

There are nine Chinatowns spread out throughout the city's five boroughs. Officials say they're safe and open for business. Anyone who experiences any discrimination can report it by calling 311.