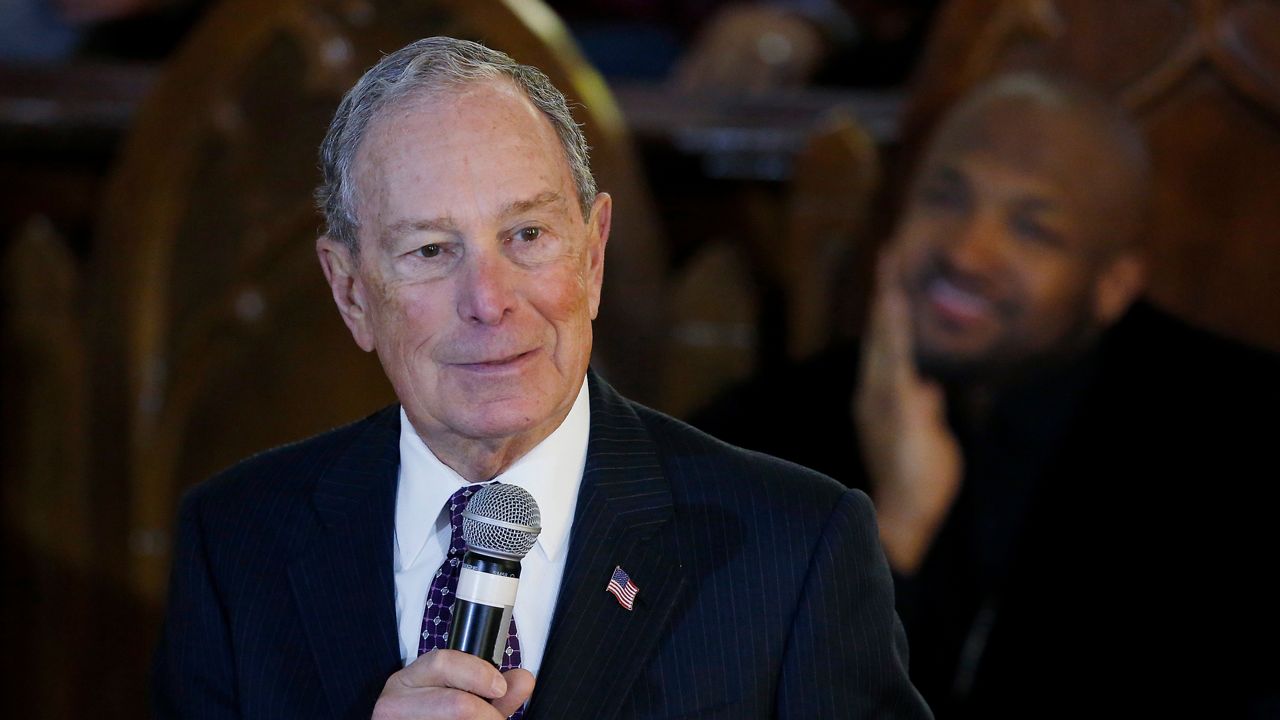 What Did Bloomberg Do to Tackle Poverty in Black NYC Communities?

Mike Bloomberg had a revelatory message over the weekend:

"I also know that my story would have turned out very differently if I had been black. And that more black Americans of my generation would have ended up with far more wealth had they been white," the Democratic presidential candidate said at a speech in Tulsa.

The billionaire mayor went to Oklahoma on Sunday, the once-home of "Black Wall Street," to unveil a new campaign initiative.

As president, Bloomberg says he is going to tackle economic justice for black America — 1 million new homeowners, 100,000 new black-owned businesses, and billions of dollars of investment in minority communities.

Some of that may sound familiar.

"There were many experimental programs," New York University Professor Mitchell Moss said. "Bloomberg did invest in making sure that if you had a job, you would have an income you could afford to live on."

He created an office to tackle poverty and programs aimed at young black and Latino men.

"The fact that more black and Latino men end up imprisoned or impoverished rather than in professions of their choosing is not a fact we are willing to accept," the mayor said in 2011.

At the same time, his police department was using stop-and-frisk at unprecedented levels. All along, from 2005 through the end of his tenure at City Hall, the poverty rate for white New Yorkers remained around 14 percent. The rate for black New Yorkers was higher, ending at more than 21 percent in 2013. Even so, the rich were getting rich and more New Yorkers were scraping by. In 2013, the number of people nearing poverty grew to 45.1 percent.

At the time, Bloomberg dismissed the economic divide, saying billionaires increase the tax base.

"We could get every billionaire around the world to move here," he said in a 2013 radio interview. "It would be a godsend."

He tried to spur minority businesses, too. In Fiscal Year 2006, just 379 businesses were certified to do business with the city. By Bloomberg's final fiscal year, it was 3,700.

Of course, the contracts, known as MWBE (minority and women-owned enterprises), amounted just 2.7 percent of city business, a number that often led to criticism.

"The MWBE proportion of city contracts crept up very slowly," former City Comptroller John Liu said. "They did creep up, but it was a far cry from equal opportunity."

Of course, some have interpreted Bloomberg's new proposals as a way to try to woo black voters ahead of Super Tuesday.