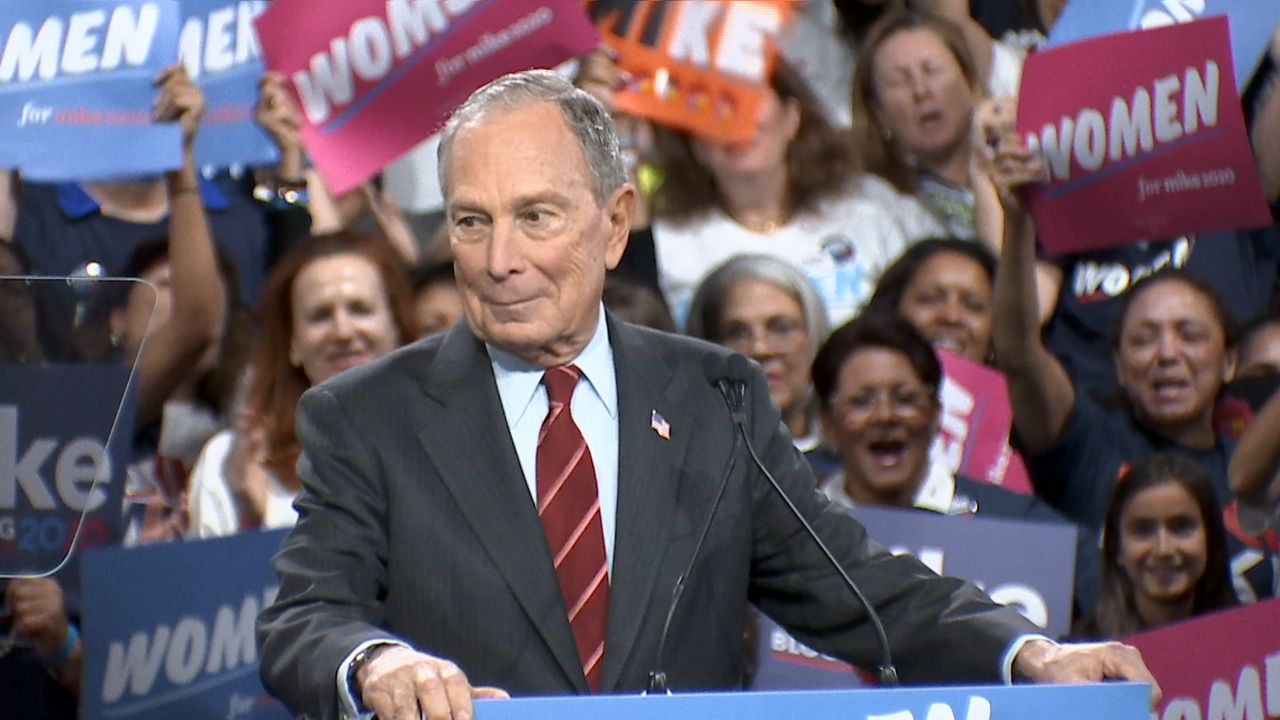 New York's former-mayor-turned-presidential-candidate had his first rally in the five boroughs Wednesday night. It was aimed at women.

"All of my success in life, everything I have done, is thanks to the strong women around me," the Democratic candidate for president said at the campaign event in Midtown. "On my first day in office, I will reverse the damage President Trump has done to women's rights."

About a thousand people turned out — a show of support not seen yet for the former mayor.

"He is a man of character, intellect, integrity," one woman who attended the rally said.

"He's for the people, with the health insurance and everything. He's trying to make things better for everyone," said another. "So I would definitely vote for him."

"I am a big feminist," said another women attendee. "But I am also willing to let go of some of the things he says or does because of what I think he can do for this country."

She may be overlooking Bloomberg's record on women, which has some blemishes.

In the 1990s, the former mayor and his company had been accused of creating a toxic work environment for women. Some women sued, settled, and signed nondisclosure agreements.

Bloomberg, while on ABC's program The View on Wednesday, said he wouldn't.

"We have very few. And I think if you talk to most women in the company, they would say equal pay, equal promotion, equal opportunity. It's a great place to work. Did I ever tell a bawdy joke? Yeah, sure, I did. And do I regret it? Yes, it's embarrassing," Bloomberg said.

For decades, the mayor's allegedly offensive remarks toward women have followed him.

"It does not reflect my views back then or now," he said in 2001 while campaigning for his first term as mayor. "And the fact that it comes up three days before a primary, come on, that's just normal politics, so I am told."

Even with that, clearly women turned out for him in Manhattan on Wednesday night.

While Bloomberg was clearly able to get some support out in New York City, he was slated to go back out on the road Thursday morning.