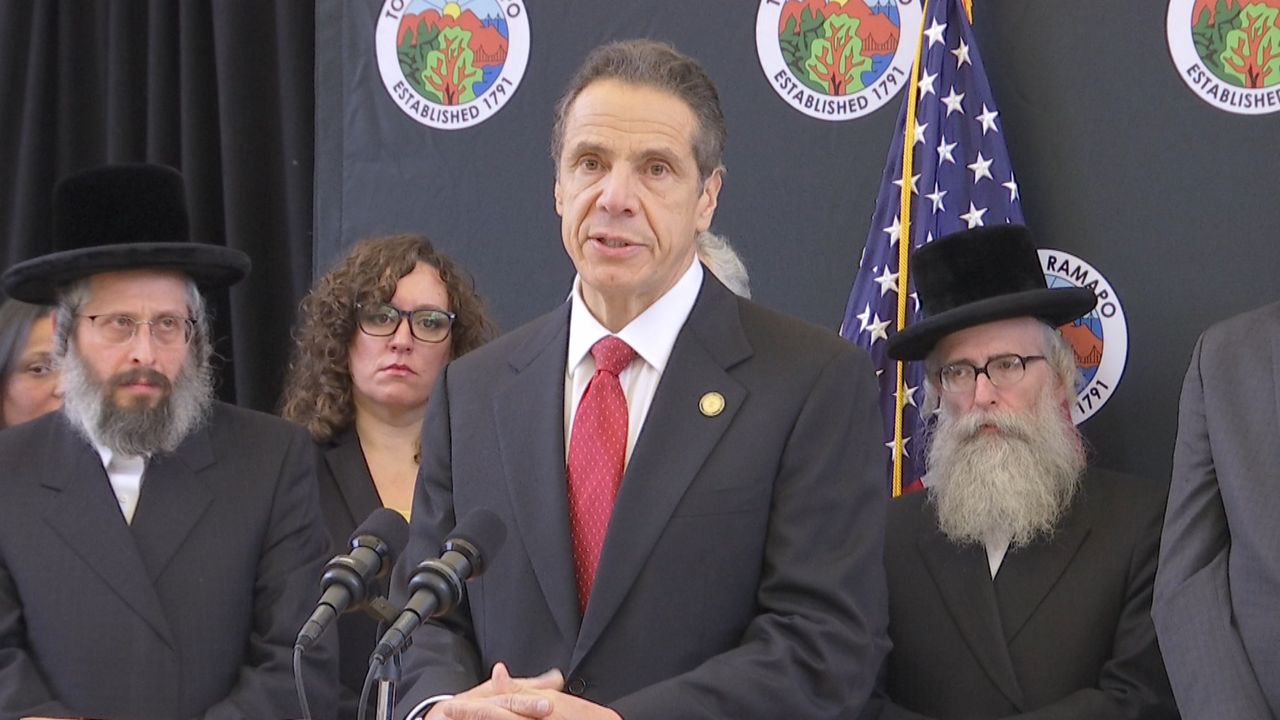 Last month, a machete attack in nearby Monsey left five Hasidic Jews critically wounded. It was a license plate reader that helped identify the alleged attacker.

A spike in anti-Semitic crimes has opened a fierce debate in Albany about whether to amend a law passed last year ending cash bail for many offenses. Cuomo says he thinks that law should be revisited.

"I think something is necessary. The question is what," he said.

The governor stopped short of calling for hate crimes to be added to the list of offenses ineligible for bail. A bill that a Brooklyn Assemblyman is introducing would do just that.

"We are now looking at the effect of those changes and considering other changes," Cuomo said. "It's a complicated system."

.⁦@NYGovCuomo⁩ says they are now looking at possible changes to the bail reform enacted last year.

Declines to say if he thinks all hate crimes should be added to the list of offenses that would be ineligible for bail. pic.twitter.com/2IwQweIgED


Meanwhile, last week, the state Senate passed the automatic voter registration bill, or AVR, which would allow people to register to vote when they get their driver's license. But on Monday, Assembly Speaker Carl Heastie said they may want to make changes to the Senate bill.

"These bills have to be read and we have to understand what each bill says. But there is no conceptual issue on automatic voter registration," the governor said. "The Senate, the Assembly, and Executive have all said we support it, we are going to work together to get a bill. But it has to be a bill that makes sense, right?"

.⁦@NYGovCuomo⁩ says he and legislative leaders support the Automatic Voter Registration Bill, but it has to be something he can sign that “makes sense,” unlike the one that had to be pulled last year because of a “fundamental flaw.”


State leaders maintain they are committed to AVR, but unlike the voting reforms that were passed quickly at the beginning of the session last year, there does not appear to be much urgency for a quick agreement on this bill. That could push it into the state budget, due at the end of March.