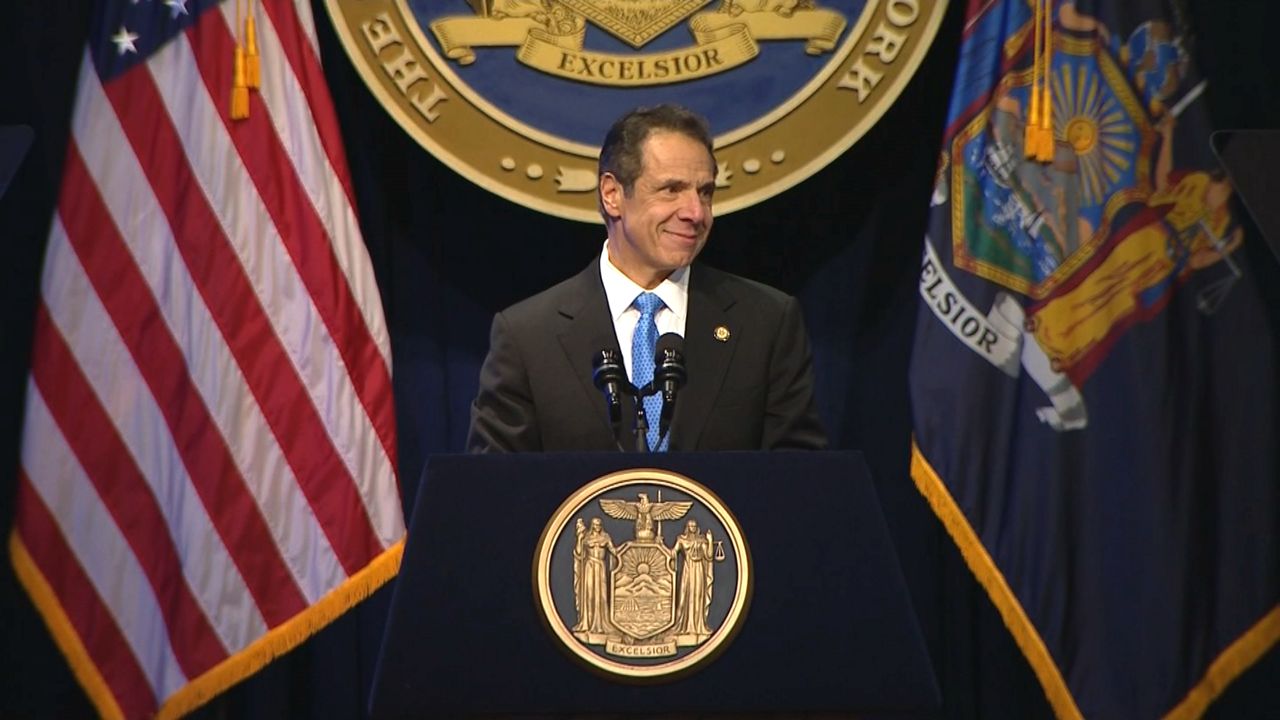 Governor Andrew Cuomo delivered a State of the State message Wednesday under a backdrop of a $6 billion budget deficit that could greatly limit any new initiatives from getting off the ground.

"Our ship of state is stronger than it has been in decades. But the ocean we navigate is as tempest tosses as we have seen," the governor said.

There were some new items, including a proposal for a $3 billion environmental bond act to preserve open space, and expanding on the state's paid sick leave law.

"Let's go further this year and let's pass a comprehensive paid sick leave law to grant five days of sick leave to small corporations and seven days for big corporations," Cuomo said. "It's good for employees and it's good for business."

The governor failed to mention bail reform, which has been hotly debated among lawmakers the last couple of weeks, with some wanting to amend newly enacted laws that end cash bail for a wide range of crimes.

The governor did speak about the spike in hate crimes, many of which have been aimed at the Jewish community. Cuomo proposed labeling certain hate motivated crimes as domestic terrorism, and making them punishable by life in prison.

"Governments first responsibly protect the people, and we will. We will prosecute these crimes to the greatest extent of the law and, we now must change the law to address this growing threat," Cuomo said.

However, Cuomo's domestic terrorism proposal got a cool reception from Assembly Speaker Carl Heastie, who has championed keeping more people out of jail, not putting more people away.

"There has to be be a lot of criteria that has to be in it. This is something he proposed last year. But we will talk it over with the conference," Heastie said.

Regarding the budget deficit, lawmakers will either have to raise taxes or cut spending. We expect a robust debate on that issue in Albany this session. But Cuomo promised a middle class tax cut in his State of the State, indicating he is unlikely to favor any tax increases.