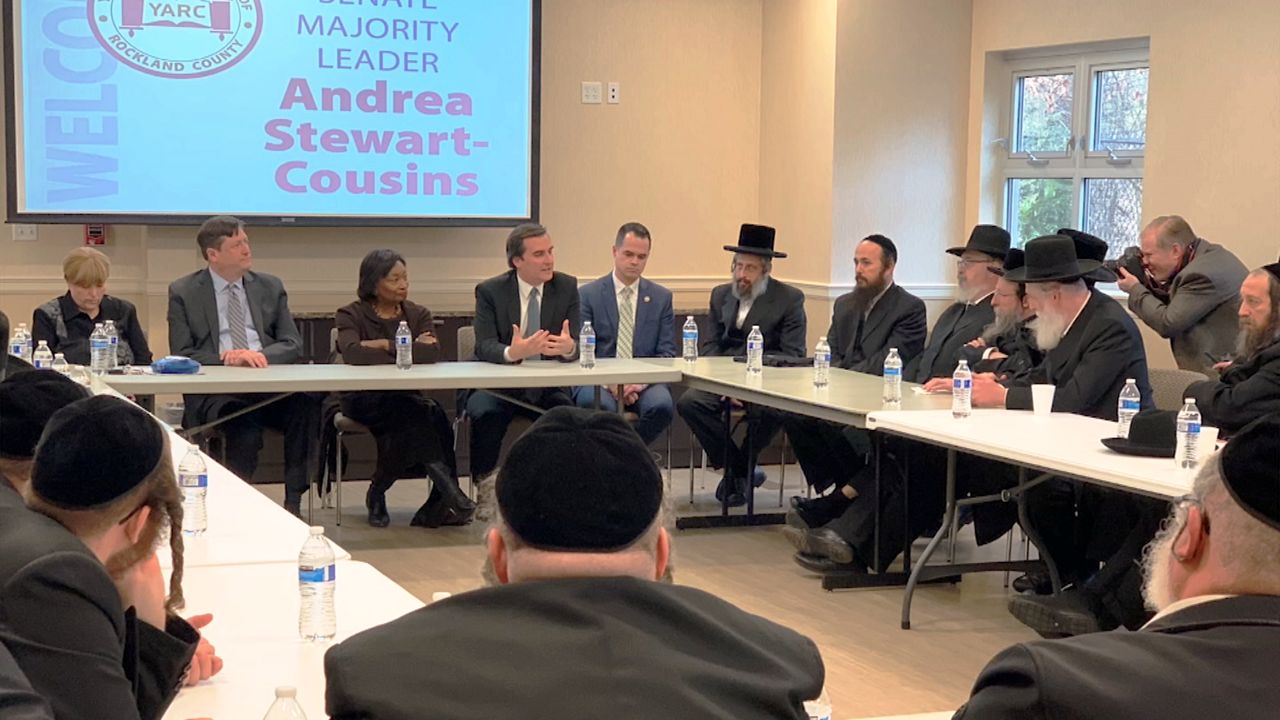 With a rise in anti-Semitic hate crimes over the holiday, some Democrats are now rethinking the sweeping bail reform passed by both houses of the state legislature last year.

The change eliminates cash bail for those accused of committing a litany of misdemeanors and felonies, including many nonviolent hate crimes.

"Where I think there is real agreement is that the bail reform law needs to be amended," said Mayor Bill de Blasio.

De Blasio met with Jewish leaders in Brooklyn Thursday afternoon. He has so far rejected calls from the community to declare an emergency, but he did seem to embrace the position that bail reform may have taken place a bit too hastily, and without enough community input.

"There is a chance now for the legislature to get it right," de Blasio said. They did some very good reforms, but there are also things that need to be done, particularly empowering judges to determine if someone poses a threat to the surrounding community."

In at least one case, a woman accused of assaulting Hasidic women in Brooklyn was released without bail, and she then allegedly committed a similar crime again.

"When we release people that we have arrested for hate crimes, for assaulting Jewish people, it makes absolutely no sense why we would let those people out on the street without at least considering their future for potential harm to the public," said City Councilman Joe Borelli of Staten Island.

State Senate Majority Leader Andrea Stewart-Cousins and Deputy Leader Mike Gianaris on Thursday were in upstate Monsey, the scene of another horrific attack where a man wiedling a machete attacked a rabbi in his home.

As some of the architects of the bail reform, Senate Democrats maintain there is no correlation between the hate crimes and the end of cash bail.

"Well, the hate attacks have unfortunately been going up over the last couple of years, particularly in the Jewish community. And this obviously is a law that has been in effect for all of one day at this point. So, there is obviously no linkage to that," Gianaris said.

Neighboring New Jersey also eliminated cash bail, but they empowered judges to have discretion over whether someone posed a threat before releasing them. New York's law has no such safeguard, and the reforms were enacted as part of the state budget last March, negotiated in secret and out of public view.