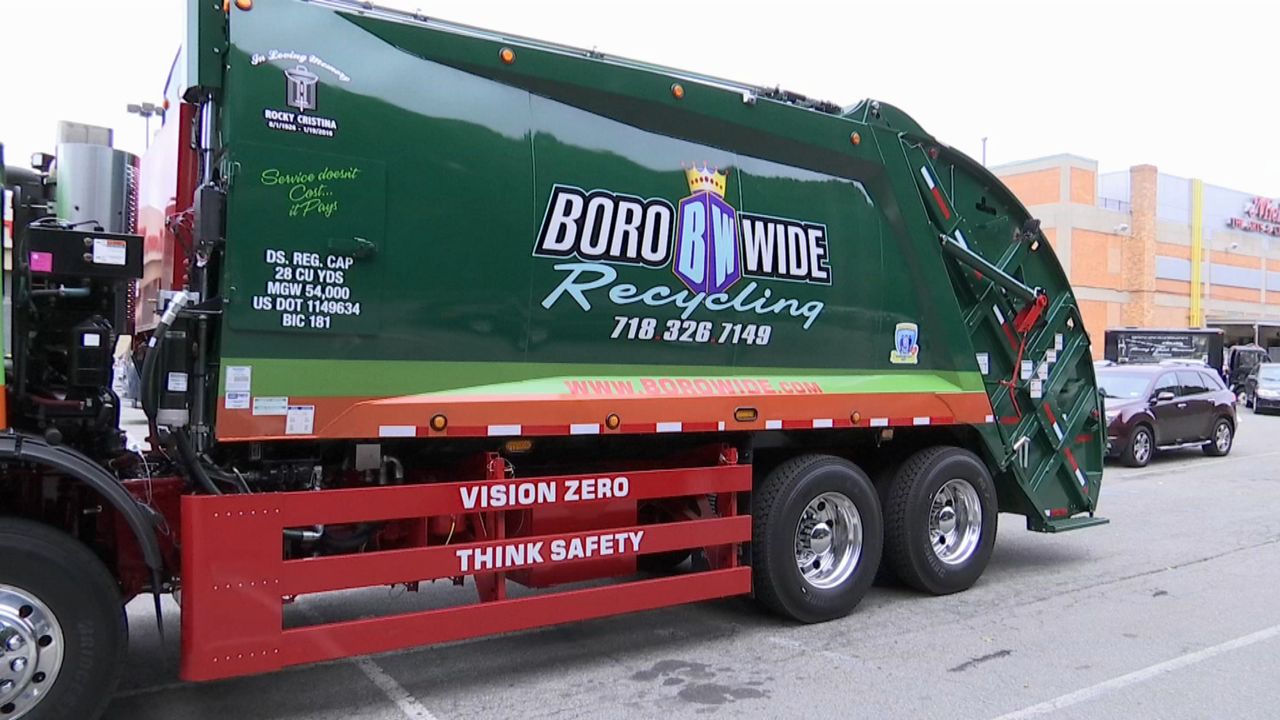 NYC Lawmakers Approve Overhaul of How Commercial Waste is Picked Up

They say there is no Republican or Democratic way to pick up the garbage.

But in less than three months, New York City will begin to overhaul how commercial waste is picked up — all part of a bill the City Council passed Wednesday that will reform the private carting industry, which is comprised of 90 private companies in charge of picking up nearly 13 million tons of waste every year.

"The reforms to the private sanitation industry that we will be voting on today will improve the lives of every resident in this city," Reynoso said at a rally before the vote. "Our air will be cleaner, our streets will be safer, workers will be protected, and businesses will have reliable waste collection services."

Advocates say the industry has long been allowed to operate with little regulation over decades. There is rampant wage theft, dangerous working conditions, congestion, and pollution on city streets.

But despite a majority of support in the council, there was opposition in the hours leading up to the vote. Dueling rallies were held. Supporters celebrated the bill's passage, while opponents made a last-minute plea against it.

Dueling rallies at City Hall today. One group has championed the overhaul of the city’s private, commercial garbage pick up industry.
The other has been picking up that garbage and feels the upcoming changes will hurt them in the long run: pic.twitter.com/rq50qsRUxQ


14 members of the council voted against the proposal.

Members of Laborers Local 108, which represents over 600 private sanitation workers, say the bill fails to create a minimum rate to charge for pick up. They argued the end result will hit workers in their pockets, leaving contractors to cut costs by paying low wages and skirting the safety standards.

"The way they could have made it a better bill is literally establishing a robust minimum collection rate," said Mike Hellster, secretary treasurer at Local 108. "That's going to be a challenging thing to make sure that unions can extrapolate enough money back into its members' pockets so they can stay in the middle class here."

Reynoso estimates traffic from private trucks will be significantly reduced, from 28 million miles a year down to 11 million, by 2024.

The city's new collection zones will be created after the bill is signed. Full implementation is expected by 2022.