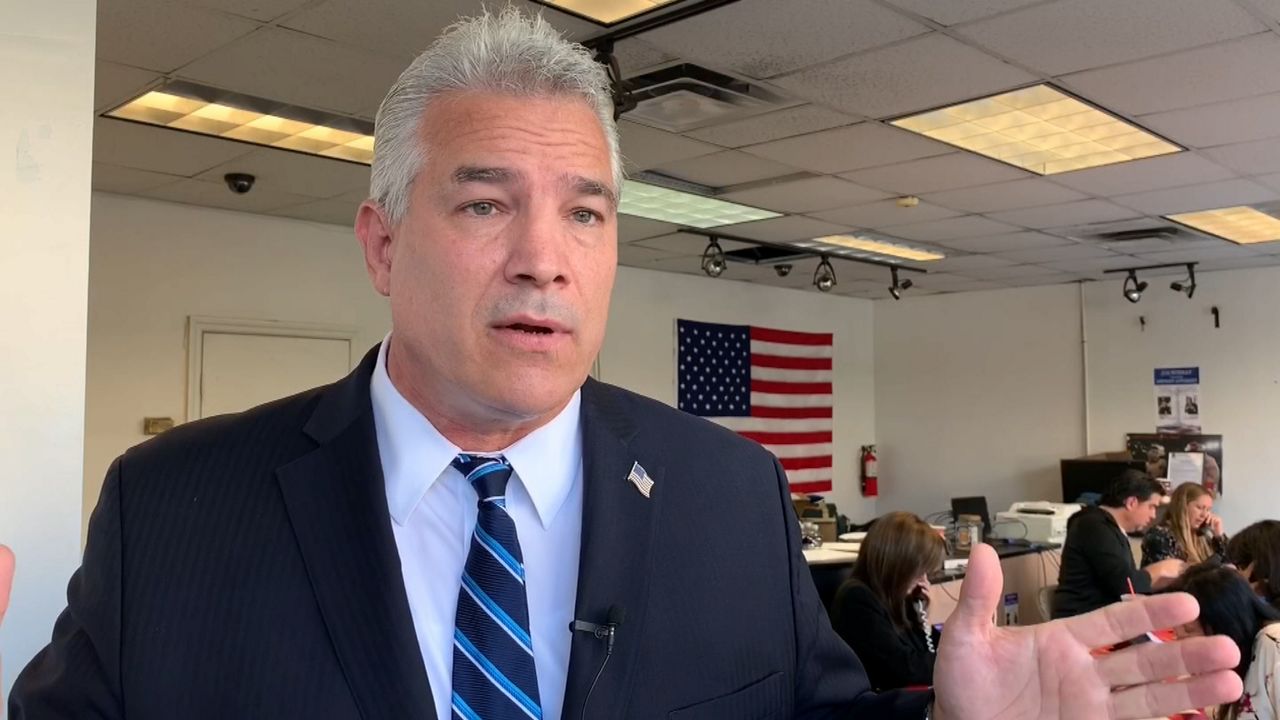 A Registered Democrat is the Republican Running for Queens District Attorney

NY1 will host a debate between the leading candidates for Queens district attorney, Wednesday October 23, from 7 to 8 p.m.

You can also watch the debate between the leading candidates for Public Advocate, Tuesday, October 22, from 7 to 8 p.m. on NY1.

When asked what he wants to tackle if elected Queens district attorney, Joe Murray doesn't hesitate:

"Corruption," he said. "One of the things I want to do is I want to develop something I'm calling my 'Untouchables Squad.' These are hard, veteran investigators that will answer to me who will proactively go out and seek out evidence of corruption."

He is a former cop, a criminal defense attorney, a registered Democrat and the @NewYorkGOP candidate for Queens DA. Don’t miss my story about @JoeMurrayLaw tonight on @InsideCityHall 7PM&11PM @NY1 pic.twitter.com/tRnI9nUMqd

Her Republican opponent in the general election has a totally different view: keep it open, he says.

"The other cities are looking at us, saying, 'Look at these New Yorkers. They have an island, where most of their jails are. They want to close it and build jails in the community.' That's ridiculous," Murray said.

Murray is a criminal defense attorney and a former police officer. He says the recent push for reform has led to the NYPD being disrespected in the city.

And he disagrees with the firing of Officer Daniel Pantaleo, whose chokehold led to the death of Eric Garner.

"Outrageous the way they scapegoated this poor cop," Murray said. "There was no animus or intent to hurt him whatsoever. What happened is a tragedy. That man is gone. He died. And hopefully from that, what I hope comes out of that is, don't fight the police."

Murray is a registered Democrat and needed special authorization to run as a Republican. He is also a big supporter of President Donald Trump.

"I like him," Murray said about Trump. "I like him for the same reason I'm running: he is not a politician. I'm so sick of politicians lying to us."

"There's no question that Queens voters reject the racism, lawlessness, and extremism of Donald Trump and his allies, which sadly includes our opponent," a spokesperson for Katz's campaign said in a statement. "Melinda is offering a different view, using the DA's office to deliver justice for victims while reducing crime and protecting everyone's rights."

Voters will get to decide this November 5.