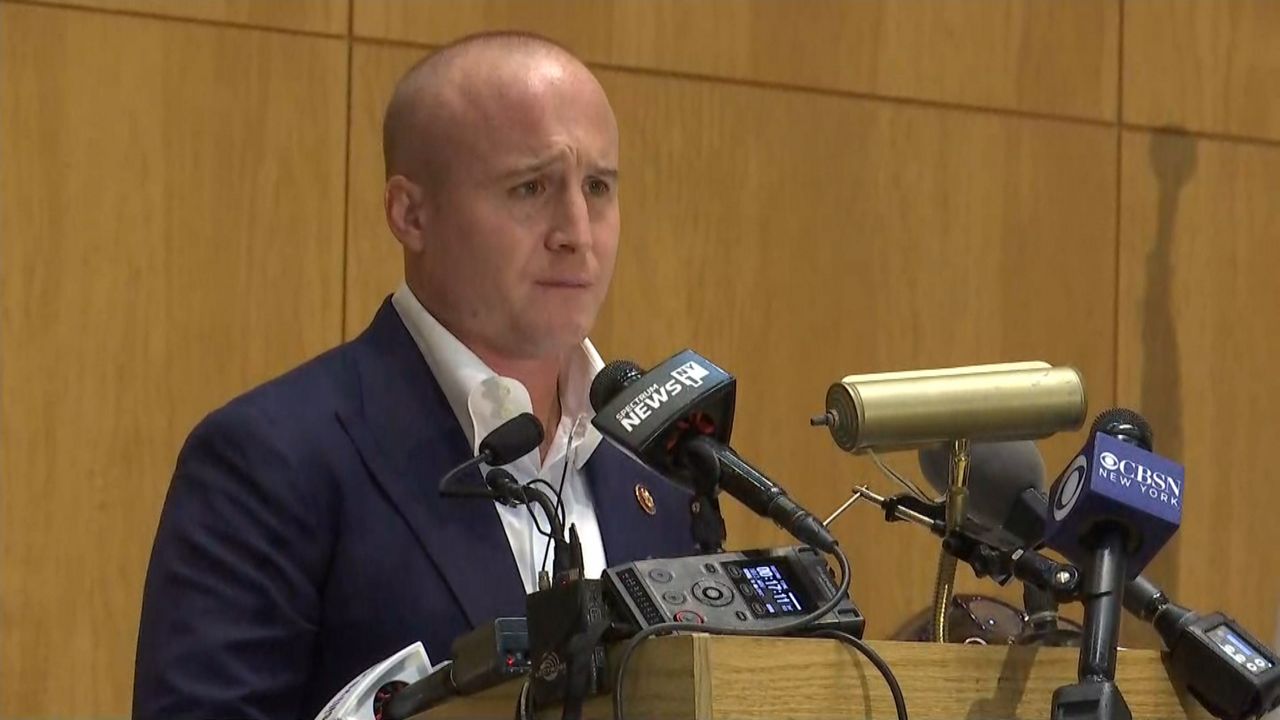 BREAKING NEWS: @RepMaxRose announces his support for the impeachment inquiry into @realDonaldTrump.

The Democrat, who represents #StatenIsland and south #Brooklyn, was the last NYC congress member who did not support the inquiry. Trump won the district in the 2016. #NY1Politics pic.twitter.com/SvOlr4YB5I

During an unrelated town hall on transportation issues on Staten Island, Rose said he had been holding judgement because of the sensitive topic, and he said he wanted to react responsibly and deliberately without rushing to a decision.

But he said Trump has added gas to the fire, and that the public deserved to know if the president was using the power of the office to get a foreign power to interfere in the 2020 election. The Army veteran characterized the decision as his civic duty, part of the oath of office he took just in January.

Rose had been one of only 11 Democrats in the U.S. House of Representatives who did not back starting the inquiry. Dozens announced their support leading up to House Speaker Nancy Pelosi announcing the inquiry last week after it was revealed that Trump asked the president of Ukraine to probe his political rival, former Vice President Joe Biden.

Just last week, however, Rose held out. He issued a carefully worded statement Friday that called the week's developments deeply alarming. But he also said Congress must proceed in a deliberate and responsible manner.

The statement read, "I will not operate on any false timeline when our national security is at stake ... Under no circumstances will I allow politics to influence my decision regarding this matter."

What exactly changed within the past week?

"What I have continually expressed is the incredible gravity of impeachment," Rose said. "We have seen over the last few days, whether it is the Secretary of State saying that people working at the State Department will not be questioned … whether it is the White House that is going to resist subpoenas, that has resisted any form of partnership in this investigation, it is clear this has got to be escalated to that of an impeachment inquiry."

Trump looms large over the district and Rose's political future. He won the district by 10 points in the 2016 presidential election — and by over 50 points on Staten Island, which comprises a majority of the 11th Congressional District, which also includes parts of southern Brooklyn. Staten Island was the only borough Trump won in 2016.

Likely cognizant of the political risks of angering Staten Islanders fond of Trump, Rose for years did not commit to supporting a potential impeachment inquiry. As he campaigned for Congress last year, he tried to pivot away from Trump, saying he didn't appreciate the president's rhetoric and avoided attacking him. Instead, Rose said he was willing to work with the president if he worked on some of his campaign promises like infrastructure and fighting the opioid epidemic.

But the freshman congressman may have been considering the risk of losing support from Democrats further to the left in southern Brooklyn, a part of the district that turned out in strong numbers in his upset election win against Republican incumbent Dan Donovan last November. Democrats, especially those further to the left, overwhelmingly support impeaching Trump.

Rose already has a primary challenger from the left, and a popular GOP Assemblywoman is challenging him in 2020 from the right. Nicole Malliotakis, whom enjoys wide name recognition from her run for mayor, is already campaigning hard for the seat and attacked Rose for his new position, saying he caved to Pelosi and "the Socialist Squad."

BREAKING—Just ONE day after getting a Democratic Socialist primary challenger, Max has caved to Pelosi, AOC and the Socialist Squad announcing, “I intend to fully support this impeachment inquiry” into @realDonaldTrump at his town hall tonight. pic.twitter.com/yQlFoakaq8

"He is completely out of sync with this district. This is a district that wants our elected officials, that wants Congress, to actually go and do their job and work with the president to get things done," Malliotakis said earlier in the day. "Moving forward with endless investigations, moving forward with an impeachment inquiry, is doing nothing to lower our taxes, is doing nothing to secure our borders."

Already, Rose's seat has been a target of national Republicans, including an ominous ad aligning him with Pelosi.

Rose said that didn't worry him. "I am not concerned by the NRCC [National Republican Congressional Committee], or anyone who wants to try and challenge me, because they already tried once and we kicked their a--."

.@MaxRose4NY message for the @GOP - “they tried once and we kicked their ass.” #ny11 pic.twitter.com/ux2qtPiLay