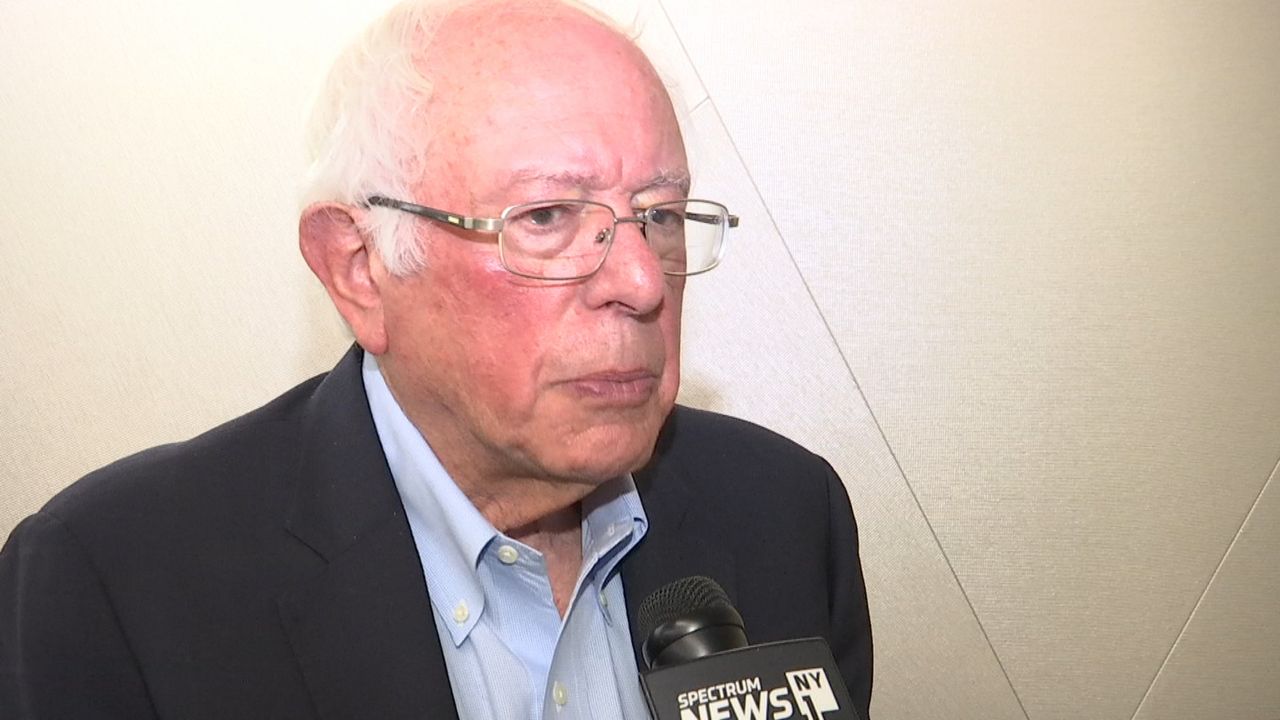 An impeachment inquiry against President Donald Trump is underway in Washington, and Vermont Sen. Bernie Sanders supports it.

"I think the impeachment inquiry should move as quickly as humanly possible," he told me Friday.

But in an interview with NY1, the 2020 Democratic presidential candidate was not willing to say that Trump must be impeached.

Sen. @BernieSanders isn't yet saying @realDonaldTrump needs to be impeached.

He tells our @GraceRauh that he supports starting the inquiry, but he says the process needs to play out in Washington first. #NY1Politics pic.twitter.com/zFipFjElEQ

Rauh: At this point, you are not ready to say, "He needs to be impeached."

Sanders: The reason you don't say that is that I'm a judge in the United States Senate. I have to be a judge … I happen to believe, based on everything I've read, seen, and heard, that this guy is extraordinary corrupt.

"You have a process. It's like a jury," Sanders added. "You hear the evidence and as the judge, a member of the Senate, I think it's wrong for me to say he's guilty before the process unfolds."

Sanders insists that the impeachment proceedings in Washington will not make things harder for him and other Democrats running for president. There has been concern in some Democratic circles that an impeachment inquiry could backfire and mobilize Trump supporters.

The Vermont senator has been close with Mayor Bill de Blasio in the past. But he did not seem eager to seek the mayor's endorsement.

"We are going to seek everyone's endorsement," Sanders said. "I'm looking for your endorsement."

Sanders also applauded the state legislature and Gov. Andrew Cuomo for passing a bill that moves the deadline for voters to register with a political party so that it is closer to Primary Day.

"You want to change your party registration, you want to go from being an independent to participating in the Democrat primary, for example," Sanders said. "You now don't have to do that six months before the primary. That was insane."

Sanders grew up in Brooklyn. But when I asked if he felt like he was home when visiting New York, he said no. He says his home is in Vermont.