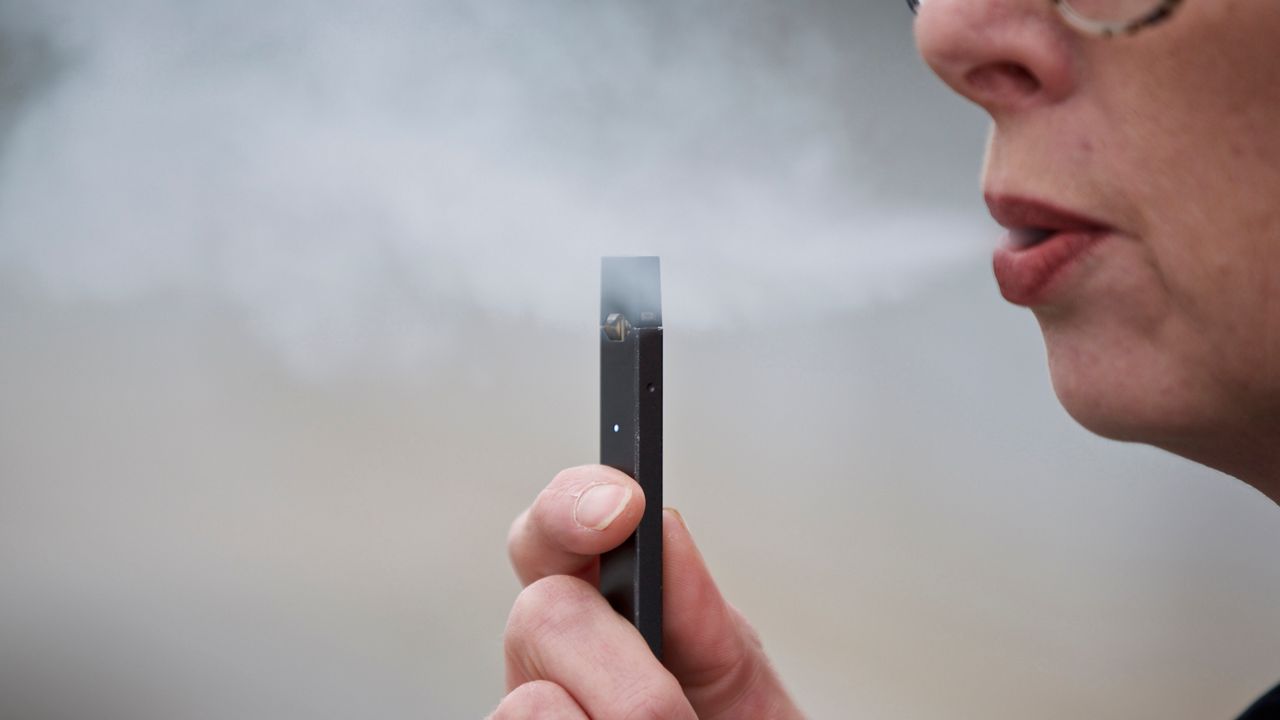 A file image of a person smoking an e-cigarette. Craig Mitchelldyer/AP.

Most Flavored E-Cigarettes are Now Banned in New York

In an emergency meeting of the little-known New York State Public Health and Health Planning Council on Tuesday in Manhattan, ordered into session by Gov. Andrew Cuomo, the council voted to ban flavored e-cigarettes in New York state. The ban takes effect immediately.

Before the voting took place, members of the public testified for nearly three hours, overwhelmingly against enacting an emergency ban. But the council voted for it anyway.

They argue that 700 shops across New York State will be forced to close affecting 3500 people who work there. pic.twitter.com/D80Yf3i6go


"This is disgusting! You should be ashamed to call yourselves health professionals!" protesters said during the meeting.

Pro-vapers, who gave testimony, began shouting at members of the Council who voted in favor. pic.twitter.com/kfH2NYgR3R


Cuomo ordered the state action Sunday on the heels of more than 70 people across the state being sickened by marijuana vaping cartridges that were sold on the unregulated market.

"No one can sit here and say long-term use of vaping, where you are inhaling chemicals and steam into your lungs, is healthy," the governor said.

But no one using flavored e-cigarettes has gotten sick, which led some on the council to question the emergency action against it.

"There seem to be two issues conflated here: one being poisonous stuff out on the street that shouldn't be there. And then there is the true concern about the increase in smoking anything, or inhaling smoke, vapor, whatever by the youth. But they strike me as two separate issues," said Glenn Martin, of the Icahn School of Medicine.

-From Albany Testimony on why vapers want flavored nicotine products

The vaping industry says it plans to file suit.

"The grounds are that you are taking away a product that has not caused death. Up to this date, not one death has been caused from vaping flavored e-cigarettes," Spike Balbaian, of the New York State Vaping Association, said at a news conference. "To ban a product that has not killed or hurt anyone is criminal."

The council held open the possibility of reconvening later this year to also ban menthol and mint flavors, which were exempt from Tuesday's vote.