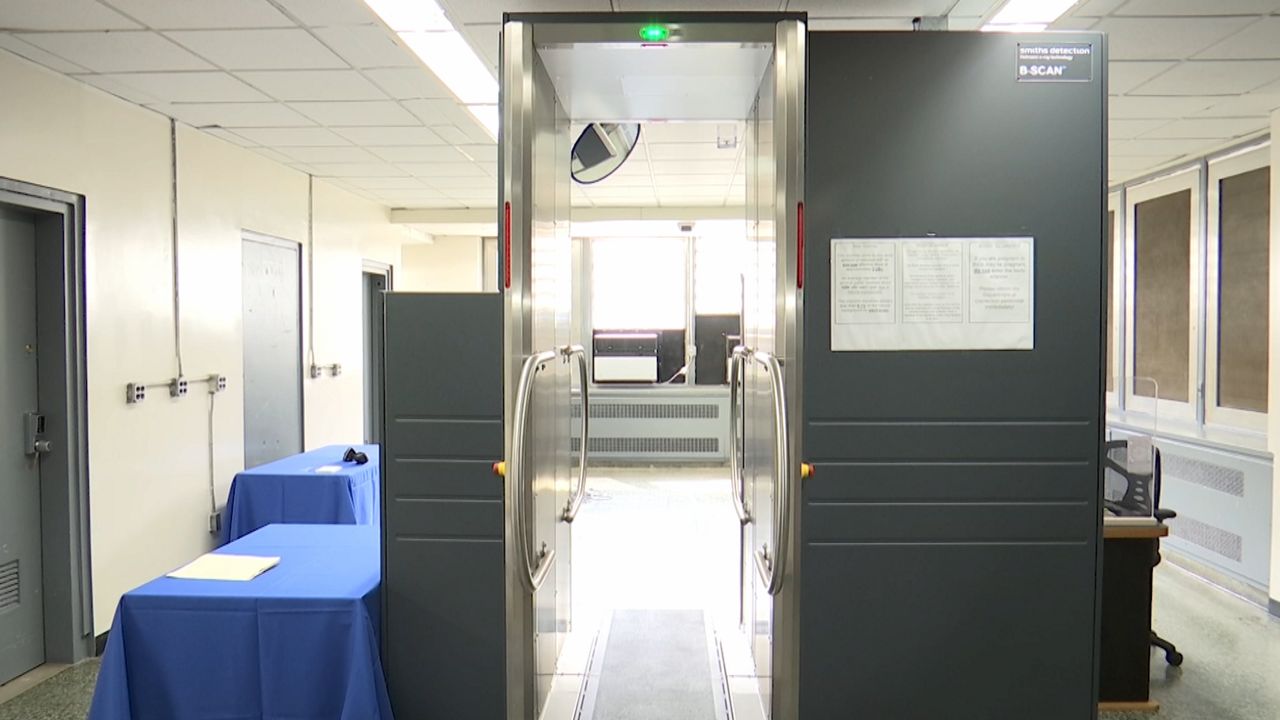 They look like something you might come across at an airport, but they are actually on Rikers Island: scanners. (One of the scanners deployed on Rikers Island this year. Shanel Dawson/NY1.)

"A high-tech solution that enables the department to look at images of individuals in custody…when individuals are concealing contraband on their person, inside his or her body cavity," said Kenneth Stukes, the chief of security for the Department of Correction.

What are they concealing? On Rikers Island on Monday, Stukes showed NY1 an entire table of weapons, including blades concealed in pen caps. (One of the weapons that Stukes said inmates have hid in the past. Shanel Dawson/NY1.)

"This is what we are up against every day," Stukes said. "So just like in an airport, you can't walk on a plane with a gun, you shouldn't be able to walk around our jail with blades."

Officials say inmates hide weapons inside their bodies, such as what was seen in a 2017 surveillance video from Rikers Island that showed inmates reaching into their pants, allegedly for weapons.

(Surveillance video from Rikers Island in 2017 that showed inmates reaching into their pants, allegedly for weapons.)

These machines are supposed to prevent that from happening. In July, the Department of Correction deployed four of these new body scanners on Rikers, after years of waiting for state approval.

The scanners emit radiation, similar to those you go through at an airport. They say it's a "very small amount," about 2 uSv. For years, there were concerns about how they would be deployed.

"We call it contraband," Elias Husamudeen, the president of the Correction Officers' Benevolent Association union, said while holding some of the weapons. "These things here, if I stab you Courtney, it's going through you. They are weapons. So we need this machine."

In order to turn the machine on, you need an inmate booking number. But the detainee comes through on a conveyor belt. Correction officials tell us it all takes about five seconds.

So far, they say they have found eight weapons with blades, six metal objects, and two scalpel blades as a result of the scanners.

When an inmate refuses to be scanned or is found to have a weapon on them, or in them, they are separated from the rest of the population. They do not have access to visits, or may not even go to their court dates.

The city's jail oversight board is set to review those procedures Tuesday.