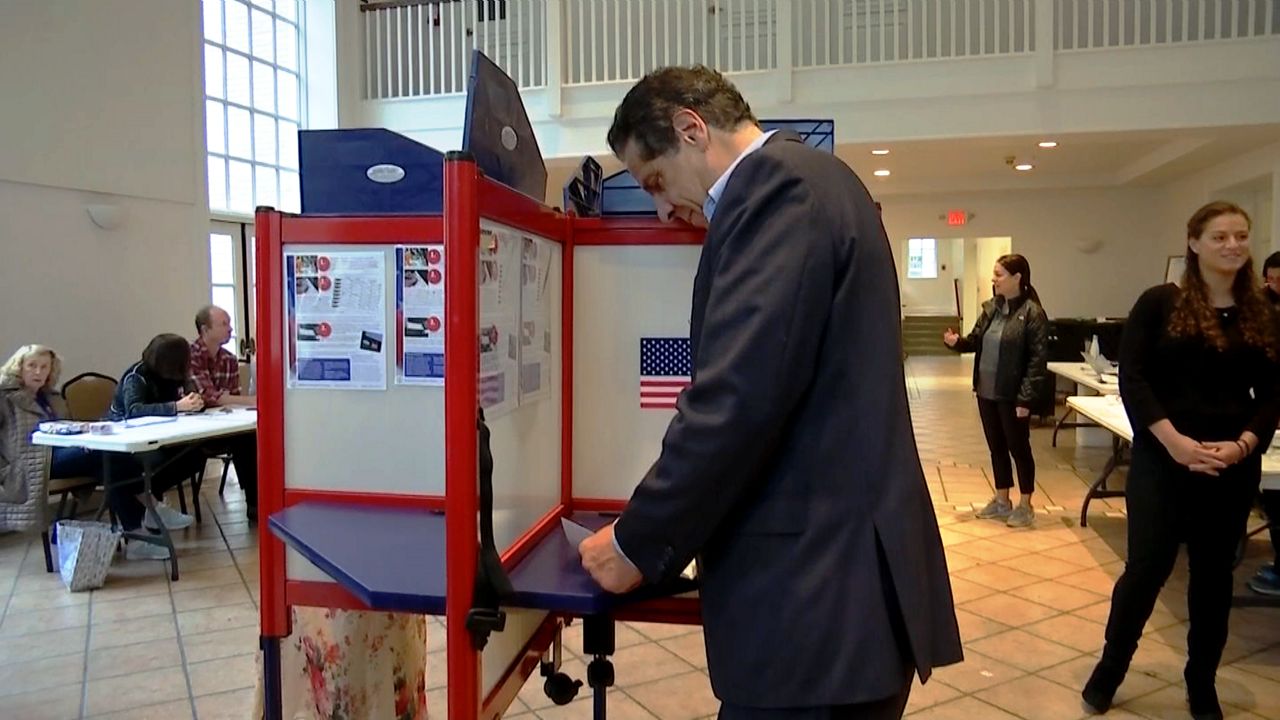 "The first traunch is, how do we coordinate the elections? And I think everyone has to say yes as a matter of good government. And again, who is going to go to the taxpayers and say we need spend another $20 million on an election?" Cuomo said. "Second, when is that election? And then you get into the timing of the presidential."

A bill currently sitting on Cuomo's desk would set New York's presidential primary for April 28. The state and congressional primaries are scheduled for June 23. If Cuomo vetoes the bill, the presidential date for New York defaults to February 4, just a day after the Iowa caucuses, the first nominating contest in the country.

Sources say Cuomo initially tried to get the legislature to consolidate all three primaries on that February date, which would require a special session of the state legislature to make the change this month. But the two legislative leaders rejected that idea.

Spox for @CarlHeastie @mwhyland says of @NYGovCuomo proposal to consolidate primaries next year:

“This is not something we are considering. We have gotten no indication from our members that this is something they are interested in.”

Organizations that are planning to mount primary challenges to incumbents in both houses have their own theory on why Cuomo wanted the February date, including that it would be tougher for challengers to take out sitting Assembly members.

Cuomo says he'd like to see New York have an earlier primary to be relevant in the presidential contest next year.

"April 28, on the presidential primary, you are sort of in no man's land, no person's land because you're after Super Tuesday, so are you really impactful as a state?" Cuomo said.

Late Friday, a spokesperson for the governor issued a statement saying the governor would now like to consolidate all three primaries on April 28.

Statement from ⁦@Dani_Lever⁩
⁦@NYGovCuomo⁩ wants to consolidate State, Congressional and Presidential Primaries next year on April 28.

That would likely require a special session of the legislature this fall to make the change. pic.twitter.com/gIB1ZbjP3P

That would seem to contradict his earlier statement about making New York relevant. Either way, the two legislative leaders say the calendar is set, and they are not changing it.