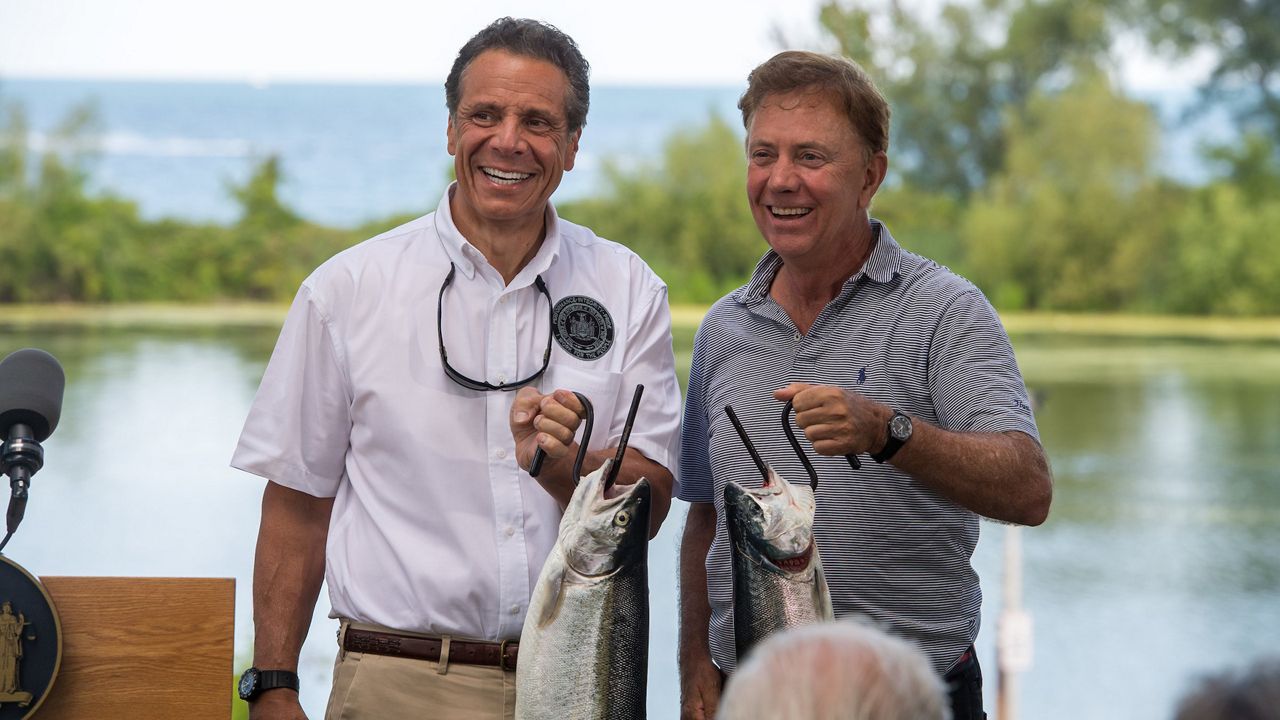 Looking Back on the 'Summer of Andrew'

From the day he rode down a zip line at Jones Beach to open up the summer season, to photos captured of him driving his car this past weekend in upstate New York, to even walking his dog, Captain, near the state capitol on a Sunday morning, Gov. Andrew Cuomo has been enjoying what some are calling "The Summer of Andrew."

Having recently put the Westchester home he shared with celebrity chef Sandra Lee on the market, Cuomo has retreated to the governor's mansion in Albany for a little rest and relaxation.

Last month, the governor tweeted a short video clip of him shooting hoops at the mansion with the caption "nothing like a little twilight b-ball after a long day in the office."

Nothing like a little twilight b-ball after a long day in the office. pic.twitter.com/c33xrYQ9Pw

The governor found time to ride his motorcycle in the Catskills this summer,

There's no better place to vacation than the Catskills...and no better way to experience them than on the back of my bike. pic.twitter.com/LzDx169tCX

Incredible time fishing on Lake Ontario with the one and only @NewYorkStateAG. ​Thanks for a great day Captain Kevin Keller ​and First Mate Eric Burger!

I urge all New Yorkers to get out and fish in beautiful Lake Ontario! pic.twitter.com/Z1JeS4p7NL

and hit the racetrack in Saratoga, where he won some money betting on the ponies.

Picture perfect day in Saratoga to celebrate the life of the Queen of Saratoga, Marylou Whitney. pic.twitter.com/8OoSFVd7YX

It's not that Cuomo hasn't done interviews this summer; he's made several appearances on national television, mostly to discuss national issues such as gun control.

And he's called in several times to speak with WAMC public radio host Alan Chartock, who used to do a regular segment with Cuomo's father, former Gov. Mario Cuomo.

Chartock: Oh, you always have to have one more than the other guy.

But Cuomo hasn't had to answer a lot of tough questions this summer. In between messages, like a happy birthday tweet to America on the Fourth of July, the governor hasn't done many question-and-answer sessions with reporters. In fact, his last full off-topic Q-and-A in New York City came on July 2, when he was asked about reorganizing the MTA.

The governor kept it going Tuesday, doing another fishing expedition on Lake Ontario, this time with Connecticut Gov. Ned Lamont.

A picture perfect day fishing on Lake Ontario with @GovNedLamont.

Thanks for coming out, Ned — I look forward to working with you to make both our states stronger. pic.twitter.com/uUuGuicSOH

And, in an indication that Cuomo has been a little introspective lately, Cuomo tweeted a photo of former Daily News columnist Mike McAlary this past Saturday with the simple words "I miss Mike." McAlary died in 1998.