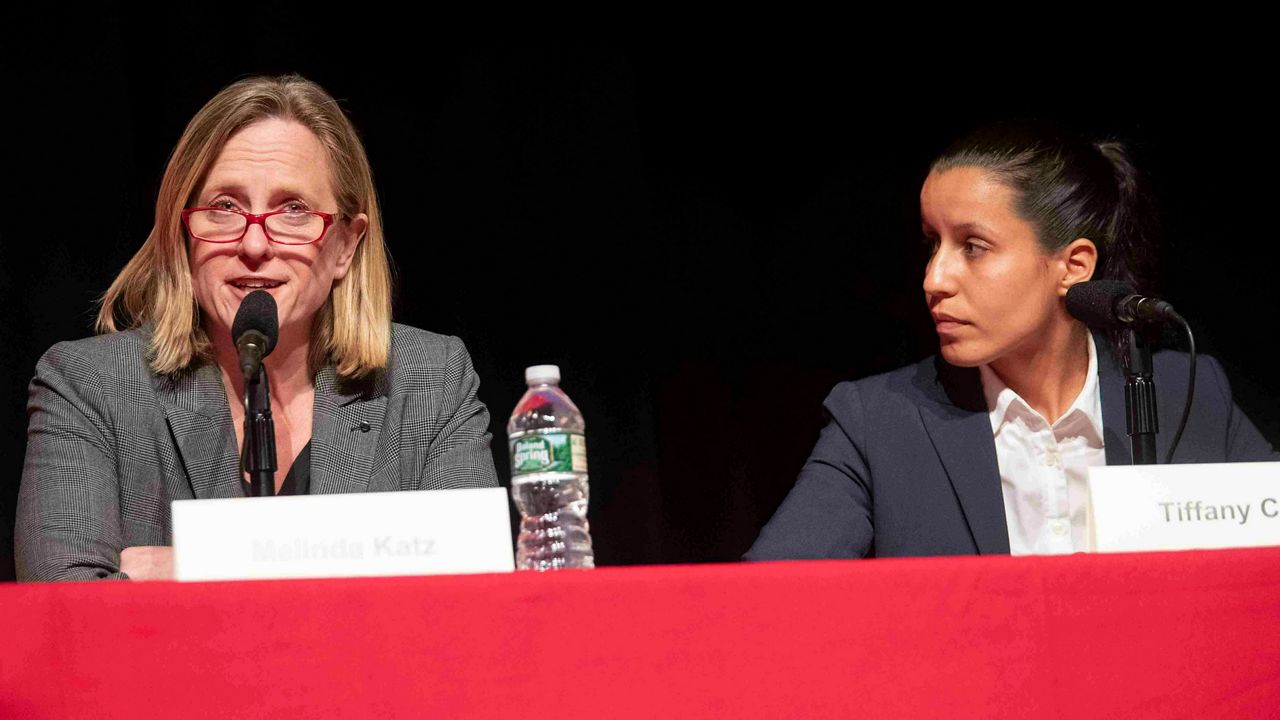 The manual recount may be over, but lawyers for Tiffany Cabán say there are more ballots left to count.

"If we are allowed to proceed, to have all these ballots opened and canvassed, I think we will be fine," Jerry Goldfeder, attorney for the Cabán campaign, told reporters Wednesday following a court hearing at the Queens Supreme Court.

This week, the New York City Board of Elections certified the results of a manual recount in the Democratic primary for district attorney, giving Melinda Katz, the Queens borough president, a 60-vote lead over Cabán.

But the public defender isn't conceding. Her lawyers argue dozens of ballots were wrongfully disqualified — both affidavit ballots which have not yet been opened, as well as a handful of ballots that were part of the machine recount.

"We believe that those ballots were erroneously invalidated, and they should be opened and canvassed," Goldfeder said.

During the court proceeding, Katz's lawyers argued that the Cabán team had its chance to contest ballots during the recount. Queens County Chair Gregory Meeks says the so-called technicalities are just the rules.

"There's reasons why you have election laws," Meeks said. "The court will ultimately decide, and therefore you have to abide by what those rules are. That's what makes a vote valid, otherwise you say anything counts."

Brooklyn Supreme Court Justice John Ingram is personally getting involved in the next step. He said Wednesday he would oversee the opening and counting of 28 of the ballots in question at a hearing next week.