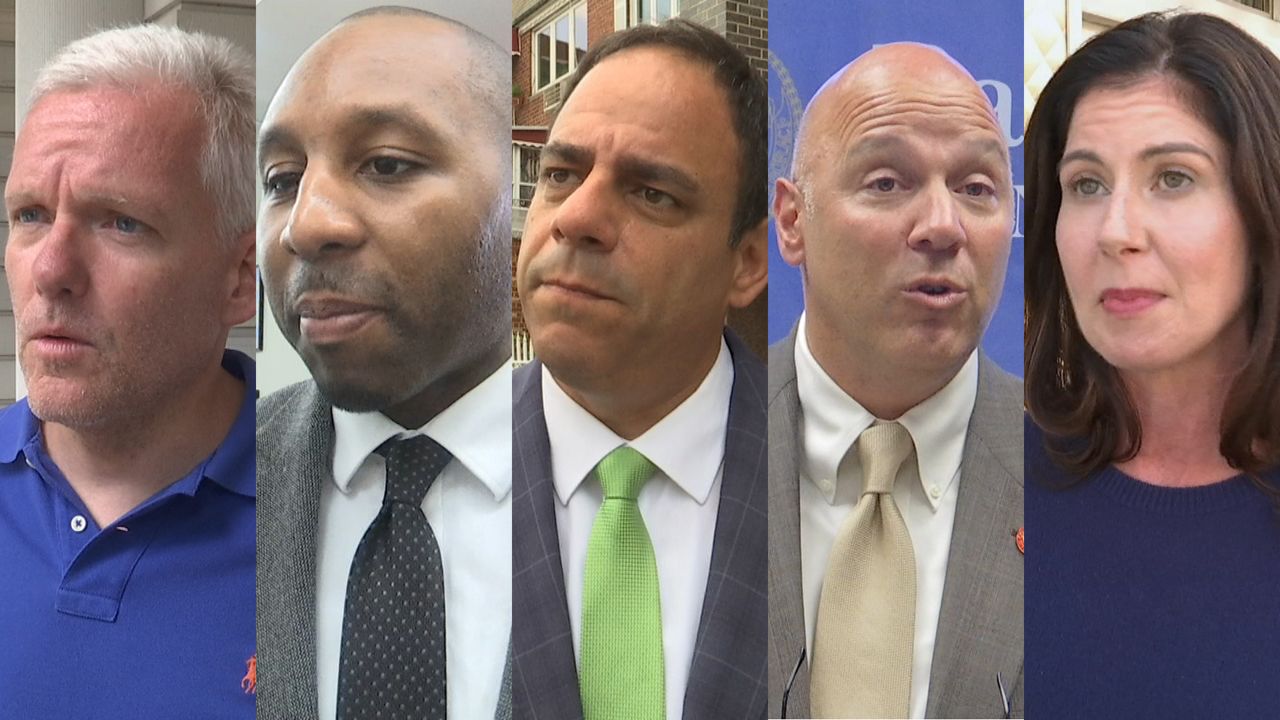 "I've wanted to run for borough president for quite some time," said Van Bramer, who represents Long Island City, Sunnyside, Woodside, and other areas of Queens for the 26th City Council District.s

He just didn't expect the job to open up so soon. If Queens Borough President Melinda Katz ultimately prevails and then wins in the November general election, her seat would be up for grabs two years earlier than expected.

But in a twist, Van Bramer backed her opponent, Tiffany Cabán, and still isn't counting her out.

"There is a still a chance that Tiffany Cabán will win," Van Bramer said. "I would love nothing more than for that to happen and for this race to occur, as it was always intended to occur, in 2021."

Van Bramer is the only announced candidate for borough president, but several others are circling.

"I am considering my options seriously," said Donovan Richards, who represents Far Rockaway, Arverne, and other neighborhoods for the 31st City Council District.

Richards could conceivably be the only person of color in the race, and could plausibly draw support from both the Queens Country Democratic Organization and the party's more progressive wing.

"We've done our due diligence in building relationships across the political spectrum, so whether that's with our county chair, Gregory Meeks — I co-chaired the Progressive Caucus of the City Council," Richards said.

"I'm absolutely considering it," Costa Constantinides said when asked if he'll jump into the race. He represents areas such as Astoria, Jackson Heights, and East Elmhurst for the 22nd City Council District.

Constantinides chairs the City Council's environmental protection committee, and would make climate change a focus of his candidacy.

"That includes fighting on climate, sustainability, and resiliency," Constantinides said. "That's how do we green our infrastructure and our schools?"

Other potential candidates have familiar surnames. Councilman Paul Vallone (19th City Council District, which includes Bayside, Flushing, and Whitestone) says he would build on Katz's work and on the goodwill earned by his father, Peter Vallone, and his brother, Peter Vallone Jr., who both served in the Council.

"Here's a family that has earned that trust by being elected officials for Queens County for 45 years," Paul Vallone said.

"I've been encouraged by a lot of people across the borough, from Rockaway to Bayside, from southeast Queens to northwest Queens, about running," Elizabeth Crowley said. "They know I have the experience and they know that we need a leader who's going to fight for Queens."

Should Katz assume the district attorney position in January, a special election for borough president would then likely take place in mid-February.