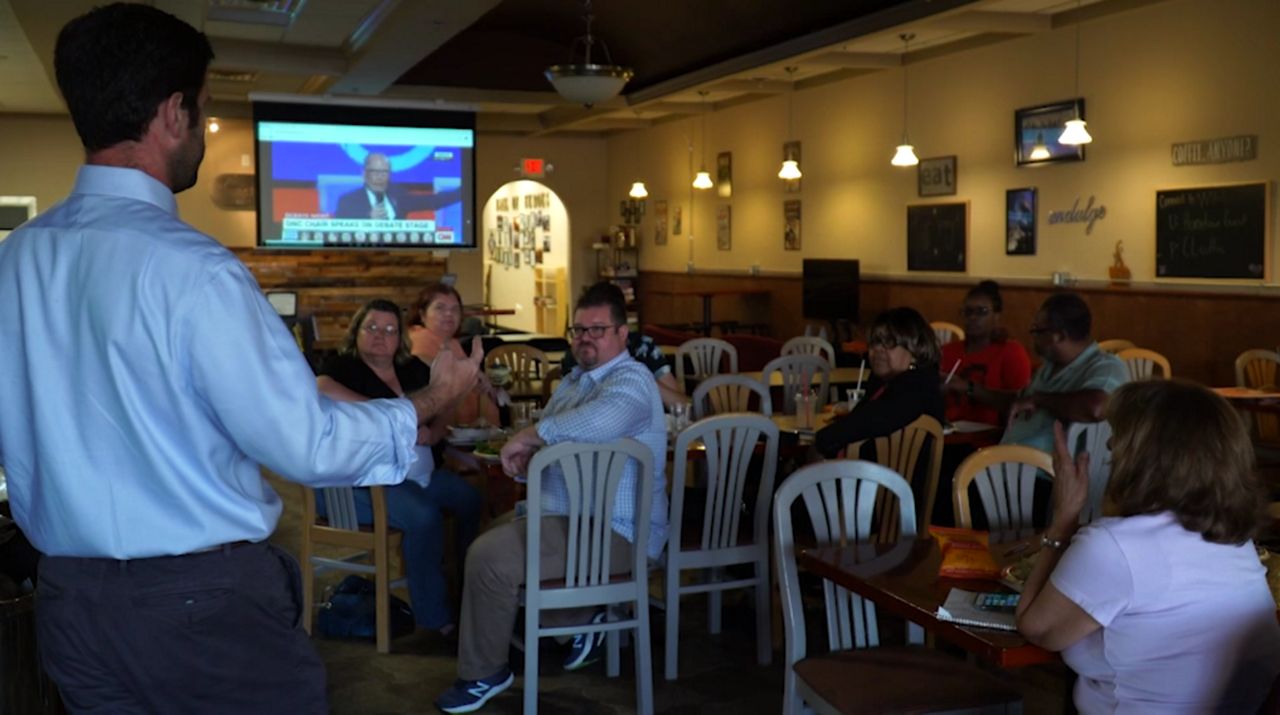 As the second Democratic debate continues in Detroit, Michigan, hopes to find a candidate who can defeat President Trump seems to rest on two broad strategies.

The first is to nominate someone who excites the Democratic base in a way that Hillary Clinton didn’t.

The second is to find someone who can win over people who flipped to President Trump after backing Barack Obama in 2008 and 2012.

Neither strategy is mutually exclusive. There are also a lot of ways to win, or lose, an election. And we are six months from the Iowa caucuses — a long time.

But as I packed my bags to head up to Detroit to cover the debate, I thought it was a good time to explore the second “swing voter” strategy (leaving the “Excite the Base” theory for another day).

Michigan, Pennsylvania, and Wisconsin are three states that President Trump narrowly won, putting him over the top in the Electoral College, the tally that really matters on Election Day (not the popular vote, which Clinton won by about three million).

There are swing voters and counties all over the country, perhaps in your home state. But in Michigan, Pennsylvania, and Wisconsin, fewer than 80,000 votes over three states made the difference in who sits in the Oval Office. To put that in perspective, that crowd can fit into the University of Michigan football stadium, with tens of thousands of empty seats.

What do voters there say now? Do they still support President Trump? And what do those locals who don’t back the president suggest is the best way to defeat him next year?

I wanted to find out — and I didn’t have to adjust my travel plans too much.

Macomb County, in the northern Detroit suburbs, is a longtime example of a swing county. In 2012, President Obama won Macomb by 16,000 votes. Four years later, President Trump had a nearly 50,000-vote advantage.

It’s the kind of place that I think is important to visit, to understand how to win.

So, I gave up my ticket to the debate center and “spin room” where hundreds of journalists and political analysts will be poring over the two nights. Instead, I drove about a half-hour north to Macomb County, where I watched the first round of matchups with Democrats from different backgrounds. A local Democratic activist coordinated it.

I hope that I learn more about what Democrats in this swing county say about who should be nominated to win the Electoral College.

I also hope that you will join me — online, on social media and on your Spectrum News station.