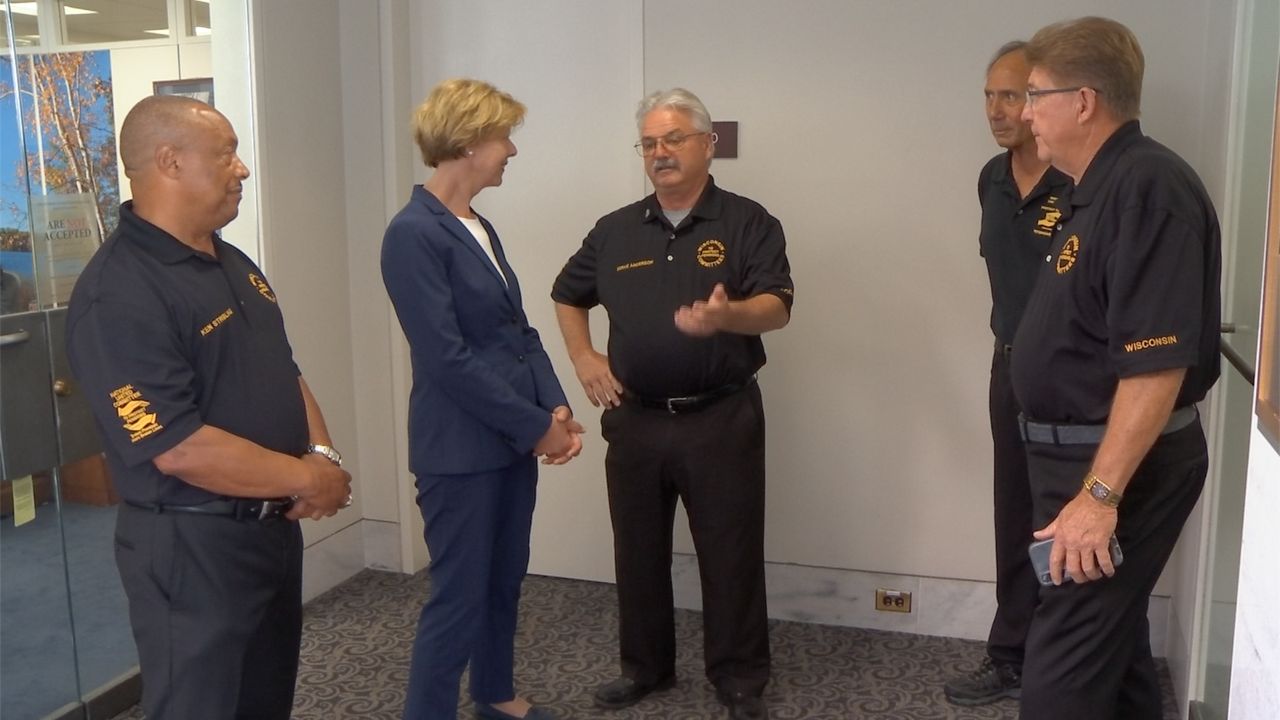 WASHINGTON — A push to protect pensions is gaining momentum in Congress.

Retirees from Milwaukee celebrated the with Sen. Tammy Baldwin, D-Wisconsin on Thursday.

She’s sponsoring a bill aimed at stabilizing multiemployer pensions that could impact more than 10 million people.

It cleared its first hurdle on the other side of the Capitol on Wednesday.

“It’s just justice for our hard work at trying to bring this cause to politicians,” said Kenneth Stribling, a retiree in Wisconsin.

The Butch Lewis Act would establish a Pension Rehabilitation Administration within the Department of the Treasury that would provide low-interest loans for pension plans that are critical, declining status or out of money.

Those loans could paid back over over 30 years.

“It sets us on a path of really trying to be problem solvers for a group of people who deserve the pension that they’ve earned,” said Sen. Baldwin.

It passed with backing from 29 Republicans including Rep. Sean Duffy, R-Wausau.

He was the only GOP Wisconsin congressman to support the bill.

Rep. Glenn Grothman, R-Glenbeulah shot it down on the House floor.

Spectrum News 1 asked him what’s his plan to actually addressing the situation and not kicking the can downtime road.

“We have to make sure that the benefits in the future are not as generous and the contributions are really going to pay things off and the taxpayers are not on the hook for the whole thing,” said Rep. Grothman.

But to these retirees, there’s too much at stake to wait for another bill.

“Steve Mnuchin (United States Secretary of the Treasury) who we met with in July 2017, he predicted a tsunami through the economy because of the 200,000 companies that could possibly go bankrupt and over 10 million people that it effects,” said Bernie Anderson, a Wisconsin retiree.

They’re hoping Sen. Ron Johnson, R-Wisconsin will join Baldwin in calling for the measure to reach the Senate floor for a vote.

“We didn’t do this,” said Bob Amsden, a Wisconsin retiree. “We don’t deserve this. We worked hard. We contributed our money — our hard earned dollars for our deferred retirement savings.”