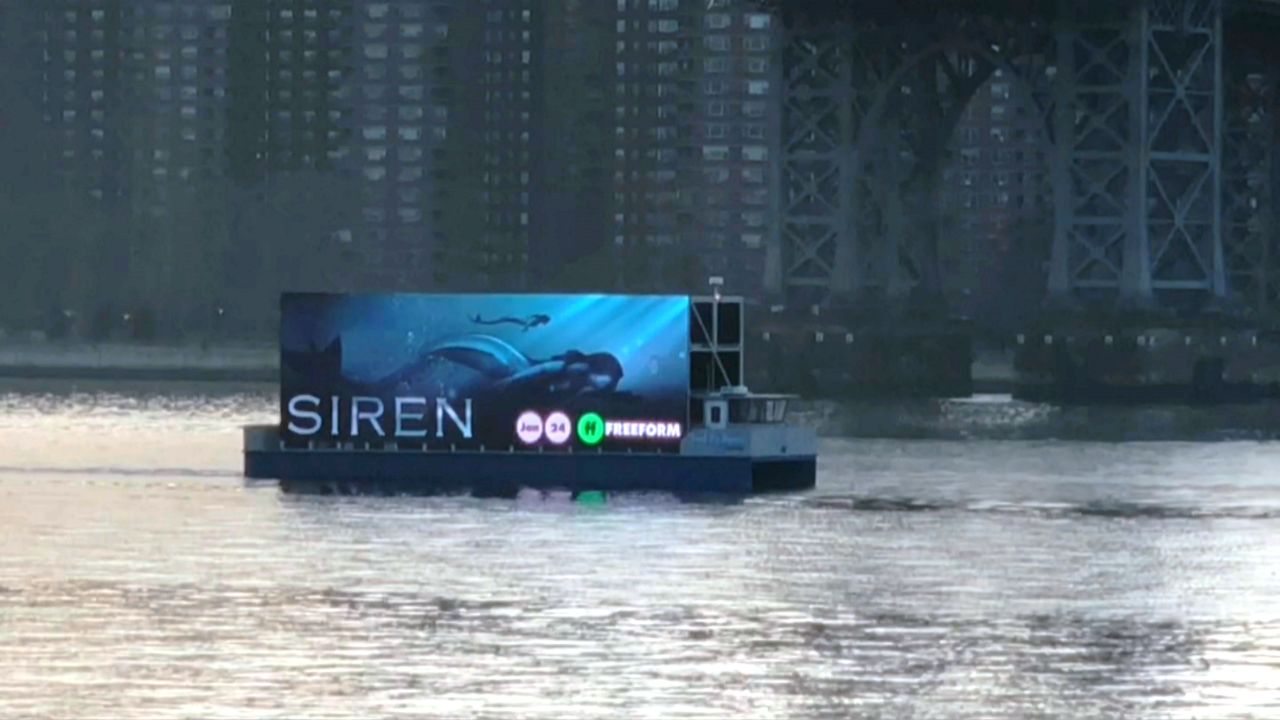 Lawmakers Want to Ban Ads in the Hudson River

Adam Schapiro is the CEO of Ballyhoo Media, a company he started in Miami. Earlier this year, they began displaying their digital billboards in the waters surrounding New York. It's advertising, and some New Yorkers think those ads have no place floating down the Hudson River.

Last month, state lawmakers passed a bill that would ban the ads from New York waters.

"For starters, they are dangerous," Hoylman said. "They are dangerous to other boats. They are distracting to drivers of other vessels in the Hudson and the East River, but also cyclists, pedestrians and drivers who go up and down the West Side of Manhattan."

"We were actually quite caught off guard with the bill in Albany," Schapiro said. "The justification of the bill, quite frankly to us, is completely ridiculous."

This is not the first attempt to restrict the billboards. Earlier this year, the de Blasio administration sued in an effort to ban the ads altogether. A judge imposed some restrictions but kept them operating.

"We come to the waterfront for serenity, peace and calm. We don't need a floating electronic billboard," Hoylman said. "This is not Times Square on the Hudson or in the Hudson."

Hoylman says he hasn't gotten notice one way or the other from the governor's office on whether Cuomo will sign the bill.

The folks at Ballyhoo Media believe if the bill were to be signed, they have other avenues in court because it is interfering with interstate commerce.