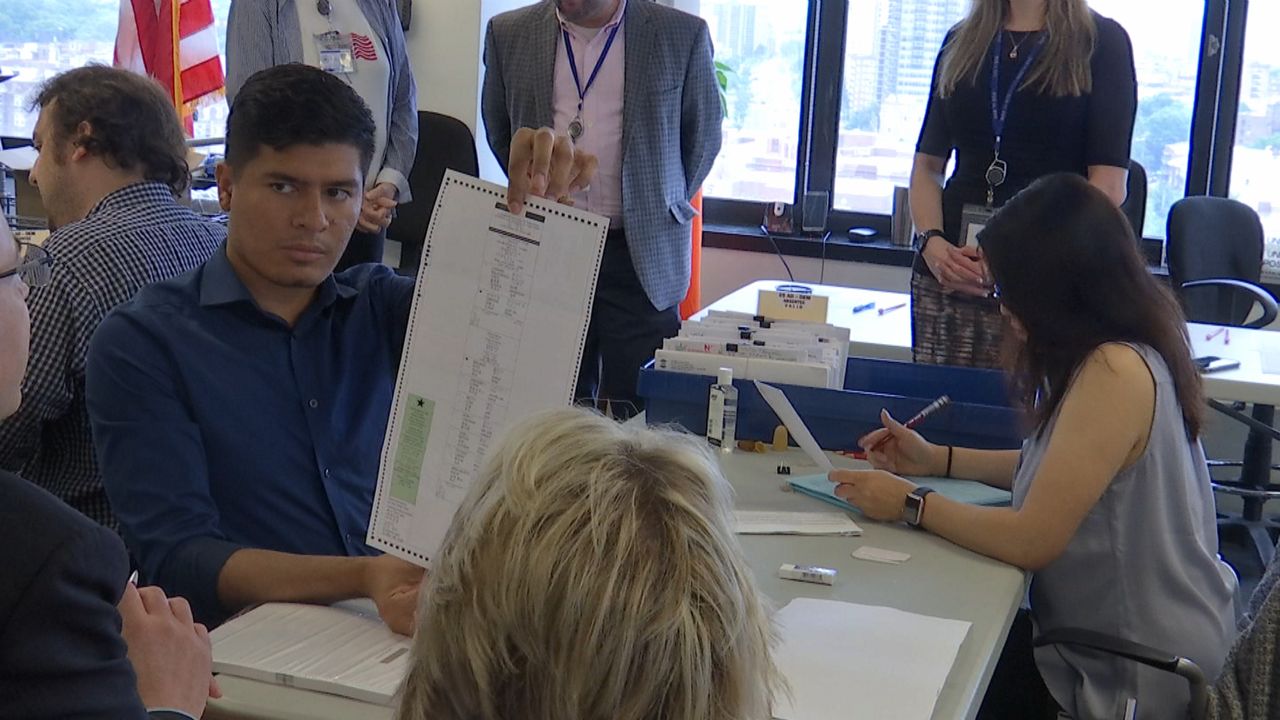 Melinda Katz or Tiffany Cabán? It could take weeks until we find out who really won the Democratic primary for Queens district attorney.

"My experience with the Board of Elections in Queens, and throughout the state, is that the staff is very hardworking, diligent people," said election lawyer Jerry Goldfeder, who is working for the Cabán campaign. "They want to get this right."

Last Wednesday, Cabán's 1,200-vote lead evaporated after the New York City Board of Elections counted more than 3,500 absentee ballots. Katz, who has the support of the Queens Democratic Party organization, chaired by Rep. Gregory Meeks, is now in the lead by 16 votes.

"We did a great job in making sure that we had absentee ballots made," said Meeks, a Democrat. "It's part of politics, it's what you do. So that made the race to where we are now."

Such a small margin automatically triggers a manual recount, slated to start Tuesday. More surprises might lie ahead.

"The machines failed to pick up approximately 400 votes that were cast, so that manual recount might change the result one way or another," Goldfeder said.

But those are not the only votes the campaigns want added to the initial results. The Board of Elections ruled more than one hundred affidavit ballots invalid, and the Cabán team wants them opened and counted. A judge will hear the case this Tuesday.

Over 100 affidavit ballots in the Queens DA primary were ruled invalid by @BOENYC. The @CabanForQueens team wants them opened and counted.@MelindaKatz tells @errollouis says those affidavits shouldn't be cherrypicked from districts where Cabán did better. #NY1Politics pic.twitter.com/YdTRwn8IeN


The Board of Elections will now start the recounting of all votes. The process could take more than a week.