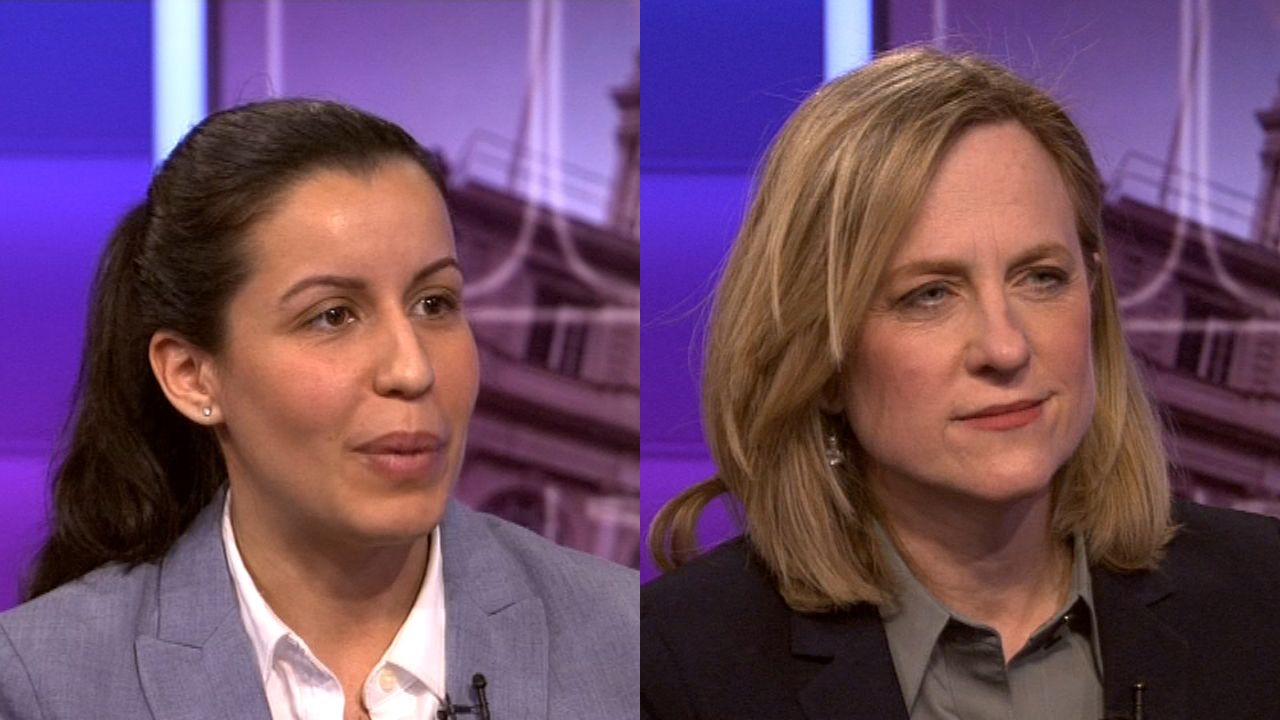 Tiffany Cabán, left, and Melinda Katz are locked in a tight primary for Queens district attorney.

QUEENS, N.Y. - For the first time in about three decades, Queens voters will have a new district attorney.

They'll need to wait a little longer to find out who the Democratic nominee will be, though.

Holding a small lead over Borough President Melinda Katz in the Democratic primary for Queens DA on Tuesday night, Public Defender Tiffany Cabán declared victory while Katz did not concede.

Election officials say about 3,400 paper ballots, including absentee and affidavit, have not been counted. Katz would need to win an overwhelming majority of those to win the election, on a ballot that includes six other candidates.

About 3,400 paper ballots, including absentee and affidavit, haven't been counted in Queens DA primary.@CabanForQueens declared victory, but @MelindaKatz called for the ballots to be counted. Katz would need an overwhelming majority of the paper ballots. https://t.co/KEiHuU5SyD pic.twitter.com/NZSIHZJB25

Cabán, 31, declared victory while speaking to supporters in the evening, but Katz did not concede, calling for all the paper ballots to be counted, a process that could take about a week.

About 81,000 votes were cast in the primary overall.

The candidates for Queens DA had been debating how to implement criminal justice reforms becoming popular around the United States, such as ending cash bail and reducing jail populations — and they debated how far the policies should go.

Katz was arguably viewed as the frontrunner in the race because she had the support of most of the Queens Democratic Party and many labor union endorsements, but she is facing a spirited challenge from Cabán, who seemed to gain momentum late in the primary season. Cabán earned the endorsements of several prominent progressives, such as New York Rep. Alexandria Ocasio-Cortez, Philadelphia DA Larry Krasner, Senators Bernie Sanders and Elizabeth Warren, and the New York Times endorsed her. Cabán also got a late boost in donations — more than $233,000 in a three-week span leading up to last week, compared to Katz's $172,000.

Whoever wins will advance to the November general election, which the Democrat is expected to win.