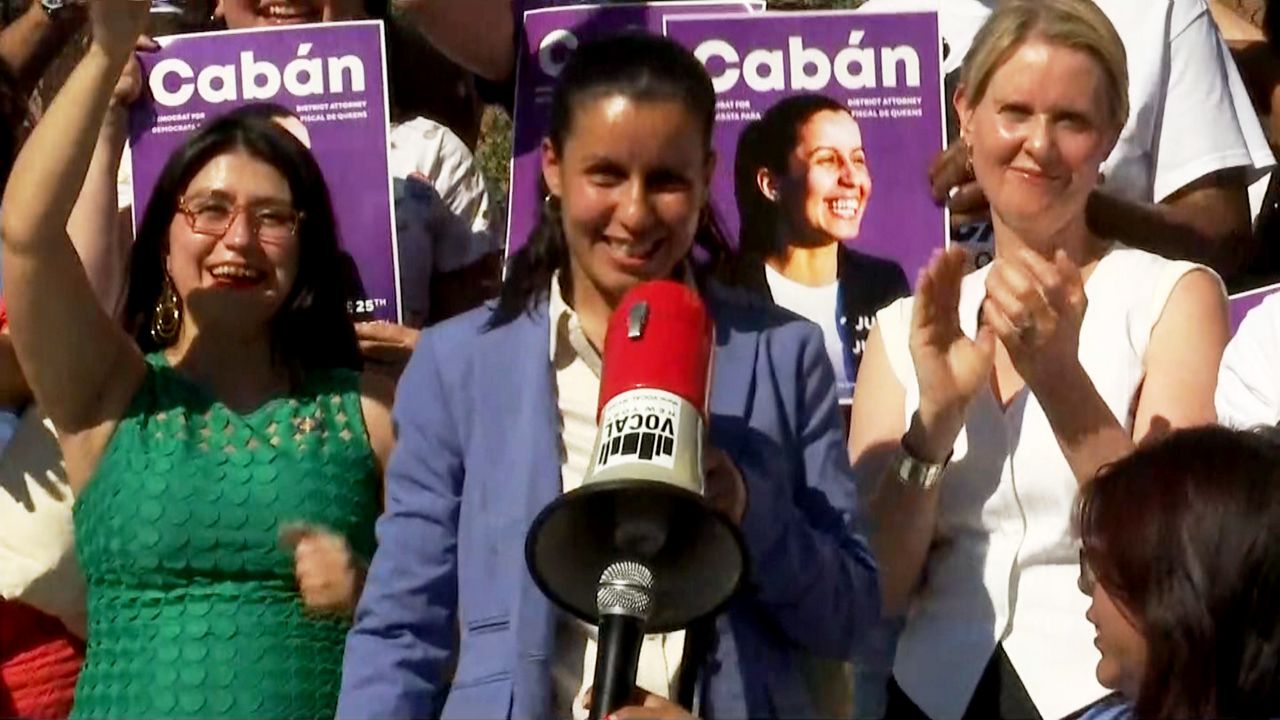 With just days to go before the special election for Queens district attorney, dozens of supporters of Tiffany Caban turned out for a rally Sunday in Jackson Heights.

Present at the rally on Sunday were some big names in local and national politics, including City Comptroller Scott Stringer, City Councilman Jimmy Van Bramer and Rep. Alexandria Ocasio-Cortez.

Caban asked her supporters to get out, knock on doors and help her win the election.

"We have a once-in-a-generation opportunity to transform our justice system from a system of oppression to a place of support and stability, understanding that stability equals public safety. When you know where you're going to lay your head down at night, when you have access to education and job opportunities, when you have access to harm reduction services, mental health care, it is the best way to keep our community safe," Caban said. "But we can't do it without your help, and so I want to thank every single one of you again who has knocked on doors, who has made calls, who has chipped in. Because of you, we are here today, and if we knock on enough doors overn the next two days, I promise you, our win, our collective win, is inevitable."

"This is not just about electing Tiffany Caban to the district attorney's office. This is about changing the entire paradigm of criminal justice," Ocasio-Cortez said.

Another candidate, Queens Borough President Melinda Katz, also spent the weekend campaigning throughout the borough, including parts of southeastern Queens, where she is expected to have a majority of support.

The Queens DA Democratic primary will be held on Tuesday.