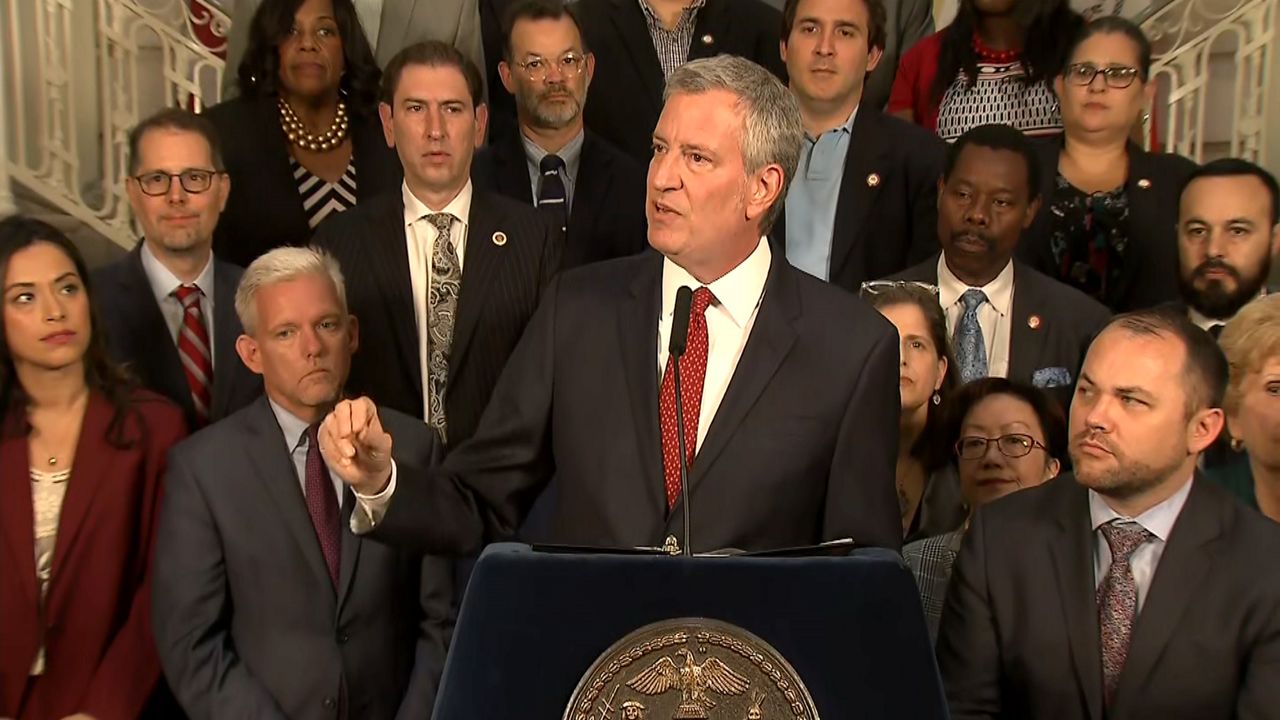 NYC to Fund Abortion Services, Hire Hundreds of Social Workers, as Part of $92.8B Budget Agreement

The agreement, which comes more than two weeks ahead of the July 1 deadline, features an increase of $300 million from what the mayor proposed in April.

The final agreement included a majority of what the council had requested in its wish list.

"This is a fair and progressive budget for everyone in New York City. For our young people, our immigrants, our seniors, and our workers," Johnson said.

WHAT'S IN THE BUDGET?

"That is a record level of funding baselined for libraries so library workers and those who use libraries have the security of knowing their libraries are going to be open," Queens Councilman Jimmy Van Bramer said.

There's also money to hire 285 new social workers in public schools, as well as 1,900 new seats in the Bronx and Brooklyn for the city's "3-K for All" program.

"This is a tremendous victory for our students, for our schools," Brooklyn Councilman Mark Treyger added.

The budget also includes $250,000 for the New York Abortion Access Fund, which would make New York the first city in the nation to directly fund abortion care.

It's only a tiny fraction of this year's budget. But for the first time, NYC is using tax payer dollars to help pay for abortion services: pic.twitter.com/cKoaQNcbZM

The city says the budget also includes $275 million for senior housing from 2020 through 2023, $60 million to retrofit city buildings for energy efficiency as part of the city's "Green New Deal," and investment to expand certain criminal justice-related programs, including supervised release and transitional housing.

The budget includes $300 million in new savings, according to de Blasio, who says the city's reserves are at an all-time high.

The mayor has been hammering his desire for the budget to include savings, painting a grim economic outlook for New York City he said is the result of volatile nationwide economic activity, a loss in personal income tax revenue, and cuts and cost shifts in the state budget. In February, when he unveiled his preliminary executive budget proposal, he called for city agencies to cut their budgets for the first time since he was elected mayor.

In April, the mayor's executive budget proposal detailed $916 million in total savings after his mandate, but, thanks to several new expenses and cuts from the state, he proposed more cuts. Nearly all of the council's budget priorities were left out of de Blasio's April proposal. Johnson issued a statement saying the council was disappointed, and the speaker criticized the mayor for not growing the city's reserves.

Fast-forward to June, and all sides appear to have bridged the gap.

UNRESOLVED: HOW MUCH TO PAY PRE-K TEACHERS

At least one issue remained unresolved. Although both sides of City Hall have agreed to fund pay increases for some of the city's pre-K teachers, they will have to first reach a labor agreement with the unions before it is clear how much it will cost. De Blasio said he's committed to the salary increase.

"We are literally at the negotiating table today," de Blasio said. "We're not giving any dollar figures, we're not giving a specific design. It's a labor negotiation process. And so what we're saying is we've got to get to something that everyone can believe in, that addresses this issue. And we've got to do it by this summer, and then we're going to fund it."

"We are on a path to addressing pay equity once and for all for pre-k and 3-k teachers," Mayor de Blasio says. " We are literally at the negotiating table now, today."

With the handshake out of the way, the budget will now go to the City Council for a final review. Its members are expected to vote on the plan next week.