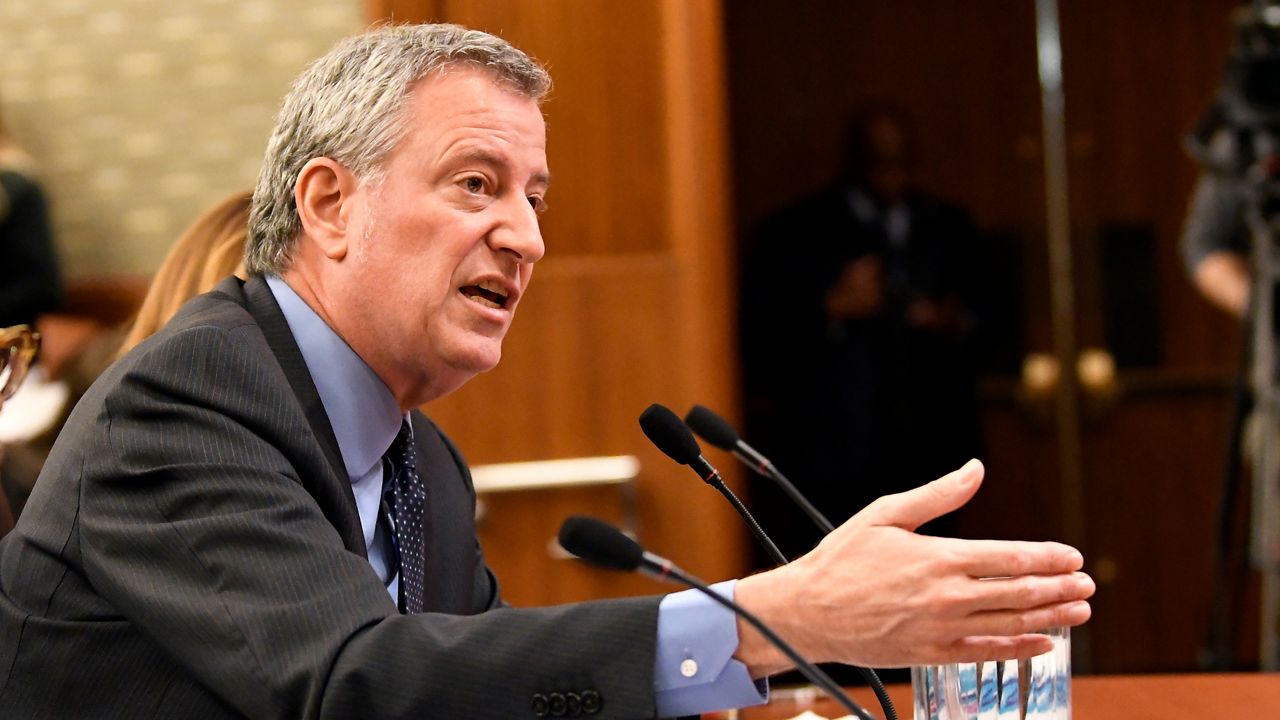 While Mayor Bill de Blasio Blasio has traveled to Albany a handful of times this year, some of his critics argue that he's now more concerned with his presidential campaign agenda than seeing New York City's agenda enacted in Albany.

On Monday, the mayor outlined his top priorities, which included reforming the rent protection laws, set to expire this month.

"My focus is on the rent laws. The current rent laws are broken. They are outmoded. They must be changed," he said at a news conference at the capital. "The number one reform we need to protect affordability in New York City is to fix these rent laws."

In addition to the rent laws, which are expected to be made more tenant-friendly, the mayor advocated for recreational marijuana legalization, which Gov. Andrew Cuomo said was likely dead for the year.

De Blasio also called on the legislature to reform the specialized high school admissions test (SHSAT), which is the sole basis of admission for the city's eight elite public high schools.

"If you need proof of what is wrong with the current specialized high school system, look at Stuyvesant [High School]," the mayor said. "Seven black students admitted in the last class for Stuyvesant. It's just not acceptable."

Cuomo also held a press conference Monday, this time to outline his women's agenda, which he'd like the legislature to address over the next 10 scheduled session days. That includes changing the standards of what defines sexual harassment.

"The standard to prove sexual assault against an employer is 'severe or persistent behavior.' Why should it be 'severe of pervasive'? That's too high a standard," Cuomo said. "If they don’t pass this women's agenda, in my opinion, in my opinion, you cannot leave this legislative body and say, 'I'm a progressive.'"

De Blasio had meetings Monday with both legislative leaders, Assembly Speaker Carl Heastie and Senate Majority Leader Andrea Stewart-Cousins. But he did not meet with Cuomo, who was also in Albany. The two leaders have been getting along lately, but they have feuded for much of their shared tenure.

.@NYCMayor says he is in “constant contact” with @NYGovCuomo team, but his meetings today are with legislative leaders not the Governor.