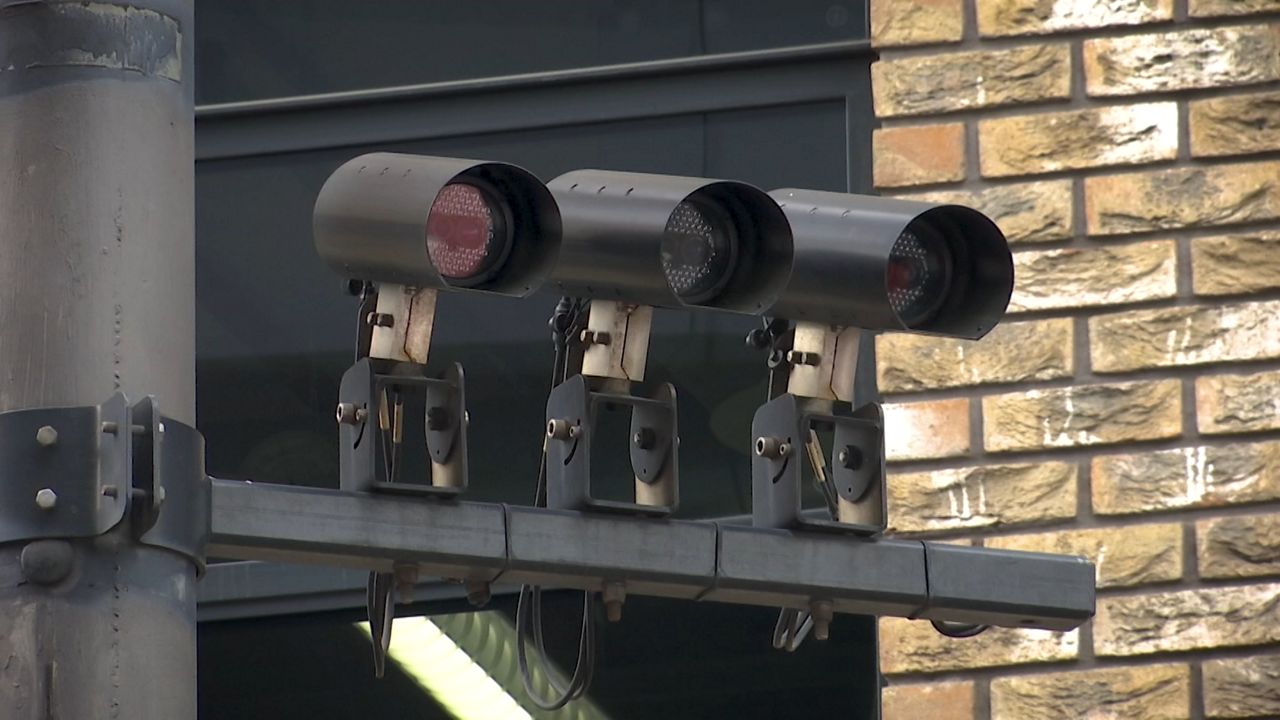 To enforce its congestion pricing zone, London has used a system of license plate-reading cameras. New York will likely be a step ahead. Bobby Cuza/NY1.

In Some Ways, London's Congestion Pricing is Outdated. Here's How it Could be Different in NY.

Now 16 years old, London's congestion pricing charge is what some might call a clunker.

"One thing we've not done very well with in London is modernizing it," said Richard Dilks, program director for transport at London First, a business coalition.

"It has its limits," Dilks said. "It's a very blunt charge."

London First and other business and civic groups, along with many of London's elected officials, are envisioning a future where there's no set charge at all. Instead, the price would vary at different times of day or even based on congestion, a concept similar to Uber's surge pricing. In addition, drivers could get a price quote before they start their trip. "There should also be an element where it's tied to how long you're spending in that zone. So at the moment, you just pay a daily fee, regardless of whether you're in there for five minutes or five hours," said Nicole Badstuber, a transport policy researcher at the University of Cambridge. "Somehow, we should be charging for the amount of road space that that car is using up, whether it's parked or on the roads."

That's impossible, of course, using London's system of license plate-reading cameras. New York is a step ahead with E-ZPass. The MTA is also exploring other ways to track drivers' movements, possibly using cars' onboard technology or even drivers' cellphones.

"What you'd like to be able to do is to charge where you drive, what you drive, and when you drive. And then you can play lots of tunes on it," said Simon Dixon, a partner at Deloitte Consulting who worked on the congestion charge program for years. "When London implemented, the technology wasn't available to do that."

That was in 2003, pre-smartphone, when it was also more inconvenient for drivers to register and pay. But that, ironically, helped deter drivers, which was the whole point in the first place.

"The sort of administrative hassle, and the fear of signing up — you know, 'It sounds like it's a pain" — had a really big impact. Not just the price itself," said Isabel Dedring, London's former Deputy Mayor for Transport.

New York will be to able use the latest payment technology. But the risk is that if payment systems are too painless, people may not give driving a second thought. Traffic wouldn't get much better. But it would bring in more revenue to fix the MTA, which was, after all, the main selling point in New York — unlike London, which was singularly focused on congestion.

"There is an incentive on the state to ensure that traffic levels don't fall too much, otherwise the revenue wouldn't come in," said Tony Travers, a professor of public policy at the London School of Economics. "So there is a kind of paradox buried in that."