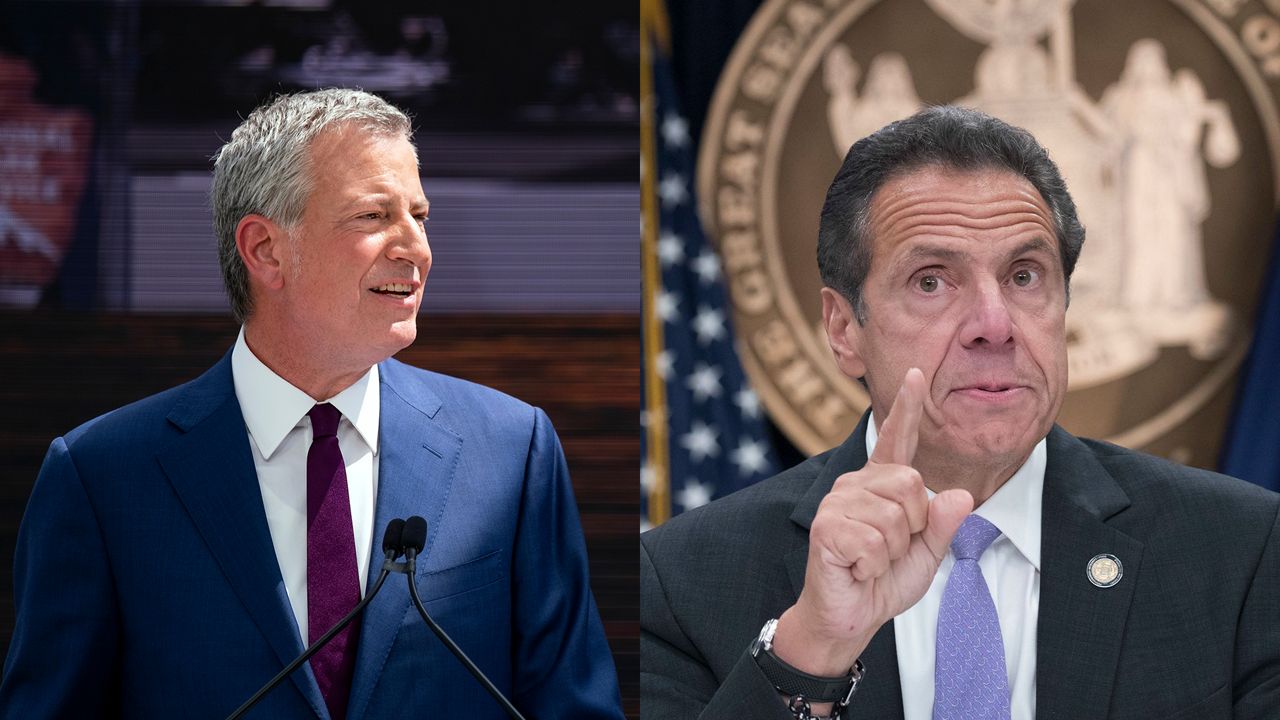 With de Blasio on the Road, Opportunities Open for Cuomo

When Bill de Blasio traveled to Albany in March 2014, shortly after getting elected mayor of New York City, he held a rally to advocate for a tax on the wealthy to fund his universal pre-Kindergarten program.

Gov. Andrew Cuomo had other ideas, headlining his own, much larger rally outside the state capitol in favor of charter schools, which overshadowed the mayor's message.

Cuomo did get the mayor his pre-K money, only without the new tax. But from there forward, the mayor's agenda in Albany was all but dead, prompting de Blasio to take his frustration with the governor public in an interview on "Inside City Hall."

"If someone disagrees with him openly, some kind of revenge or vendetta follows," de Blasio said in the June 30, 2014 interview with Errol Louis.

Things got worse: the two leaders seemed to fight over everything, with dueling press conferences and anonymous nasty quotes in the press. Just last year, Cuomo decided to highlight deficiencies in the city's public housing.

"And even though the state has no responsibility, I am going to fight for another $250 million for NYCHA residents, because I want to say to this federal government and this city government: it is time to lead," the governor said at a March 17, 2018 news conference.

Cuomo was challenged in the Democratic primary for governor by actor Cynthia Nixon. Cuomo blamed de Blasio for encouraging her to run.

After Cuomo won that race, things warmed up a bit, with the two leaders coming together to announce a deal to bring an Amazon headquarters to Queens.

The deal ultimately fizzled, but the mayor and the governor joined forces again during this year's state budget to support congestion pricing to help fix the subways.

But then something familiar happened: This week, when the mayor declared his candidacy for president, Cuomo held his own press conference at roughly the same time to talk about infrastructure.

.@NYGovCuomo just spoke for about 20 minutes but his staff saying he will NOT make himself available to reporters.
So in conclusion...on @NYCMayor big day, Cuomo calls last minute event then decides not answer questions on that big news.#WhyBother

With the mayor likely to spend an increasing amount of time out on the road campaigning, Cuomo will have ample opportunity to show up at emergencies and generally take a more active role in city politics.