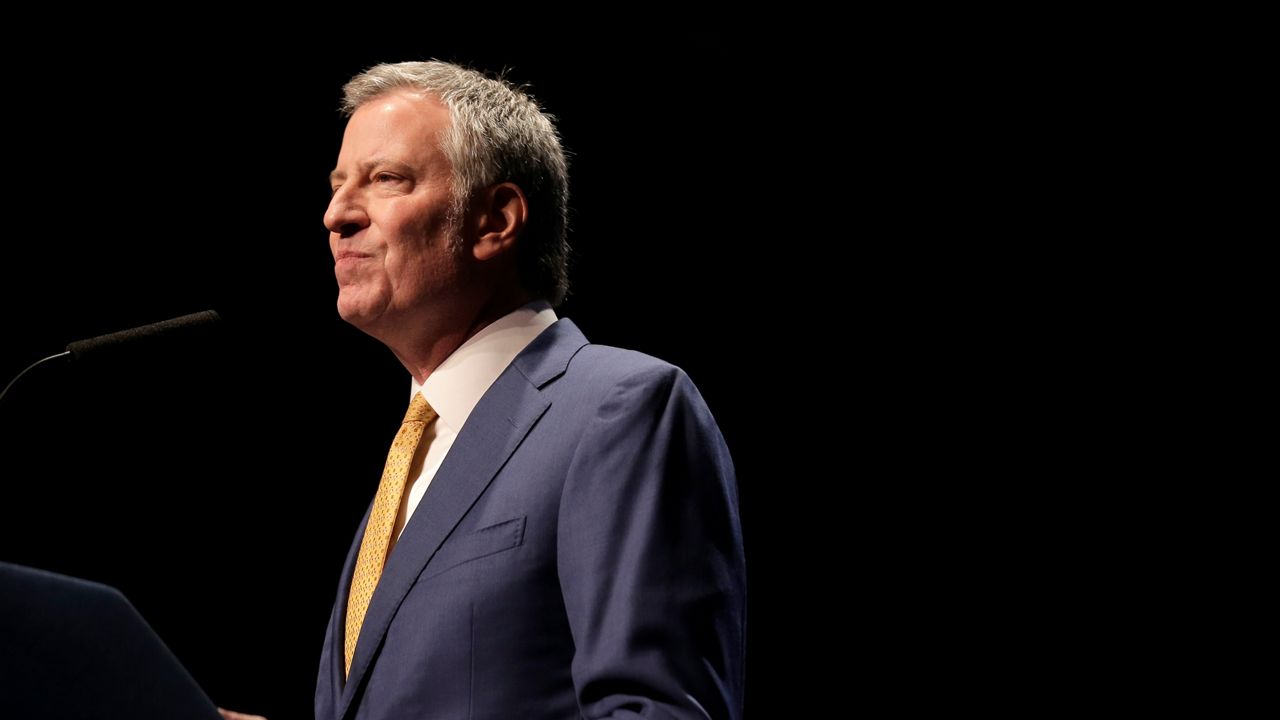 A file image of Mayor Bill de Blasio speaking at his State of the City address in New York on January 10, 2019. Seth Wenig/AP.

Would De Blasio Even Have Enough Money to Run for President?

Democrats running for the White House are scrambling to win the nomination and beat President Donald Trump, but they are also competing for money.

Should he jump in, Mayor Bill de Blasio would near the bottom of the pack when it comes to money and support in the polls. Democratic political strategist Basil Smikle says de Blasio may find it difficult to raise money, even though New York City is something of an ATM for national candidates.

"He is going to be well behind 20, 21, 22 candidates who are already in this race, who have already started raising money here," Smikle said. "And even though New York City should be his base, his foundation, if there are New Yorkers who are still on the fence about whether he even should run, it is going to make his ask — his of those individual donors — that much harder."

Top-tier Democrats collected mega-bucks when they got in. Former Vice President Joe Biden raised more than $6 million in the first 24 hours of his campaign. California Sen. Kamala Harris pulled in $1.5 million.

De Blasio has been raising money for Fairness PAC, his political action committee, but the numbers are small compared to what's needed for a national campaign. His PAC raised $610,574 in 2018 and spent $559,201.

The number of donors a candidate has matters as well, at least when it comes to qualifying for primary debates. To qualify for a debate, a candidate needs to score at least one percent in three qualifying polls or raise money from 65,000 donors. The mayor has not done either.

"If the mayor of the city of New York jumps into the presidential race and doesn't meet the threshold to be in the debate, that's embarrassing not just for him, but for the city as a whole," Smikle said.

Another challenge for de Blasio will be the persistent questions about his fundraising practices. He's been found to have solicited money from people who have business before the city. And the U.S. Attorney's office said he intervened in city business on behalf of donors. The mayor has repeatedly insisted that all decisions at City Hall are made on the merits and not with donors in mind.