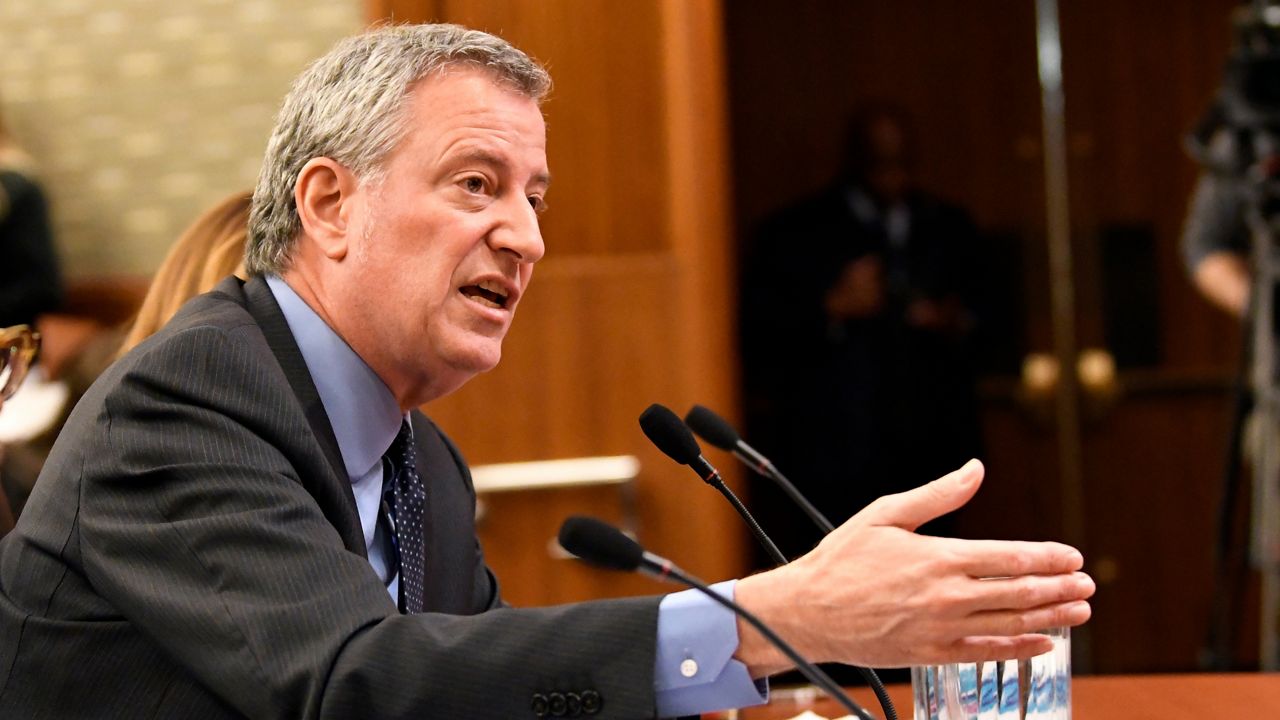 Mayor Bill de Blasio testifies during at a budget hearing on February 11, 2019 in Albany. Hans Pennink/AP.

Bill de Blasio has been in public office for almost two decades, as a Brooklyn councilman, New York City public advocate, and now mayor. But with more than two dozen contenders for the Democratic nomination for president, what does Bill de Blasio have to help him stand out? Here's a look at what could be his strengths and weaknesses on the campaign trail this time around.

No matter what you think of him politically, de Blasio has been leading the largest city in the country since 2014, which automatically puts him in a strong position when claiming his right to run for president.

"Bill de Blasio has a great grasp on policy," said Luis Miranda, the founding partner of the MirRam Group.

"He has good political instincts when it comes to national politics," said Rebecca Katz, the founder of New Deal Strategies.

Miranda and Katz have worked for de Blasio in the past. A positive for him, they think, should be his record, policy achievements like "Universal pre-K."

"That is something that helps almost 100,000 kids every year that he's been mayor," Katz said.

Also going for the mayor electorally are those closest to him.

THE SPECTER OF NEW YORK

But if his executive experience should be listed as a positive, leading New York City while running for president could be not only a blessing, but also a curse.

"You never know what can go wrong in a place of New York," Miranda said.

Katz also says de Blasio has had a problem selling his accomplishments to New Yorkers. That may not get any better at the national level.

"I think de Blasio has a pretty good message; I just think he is not the right messenger," Katz said.

De Blasio was underestimated in 2013, a longshot in a mayoral race he ended up winning.

"We have a pretty big field of a lot of accomplished candidates, many of them women," Katz said. "I don't see, frankly, a big hunger for a de Blasio candidacy.

Getting this late into this crowded race will also make fundraising and creating a field operation a challenge. Time will tell whether de Blasio can effectively make his case to Democratic donors and voters all over the country.