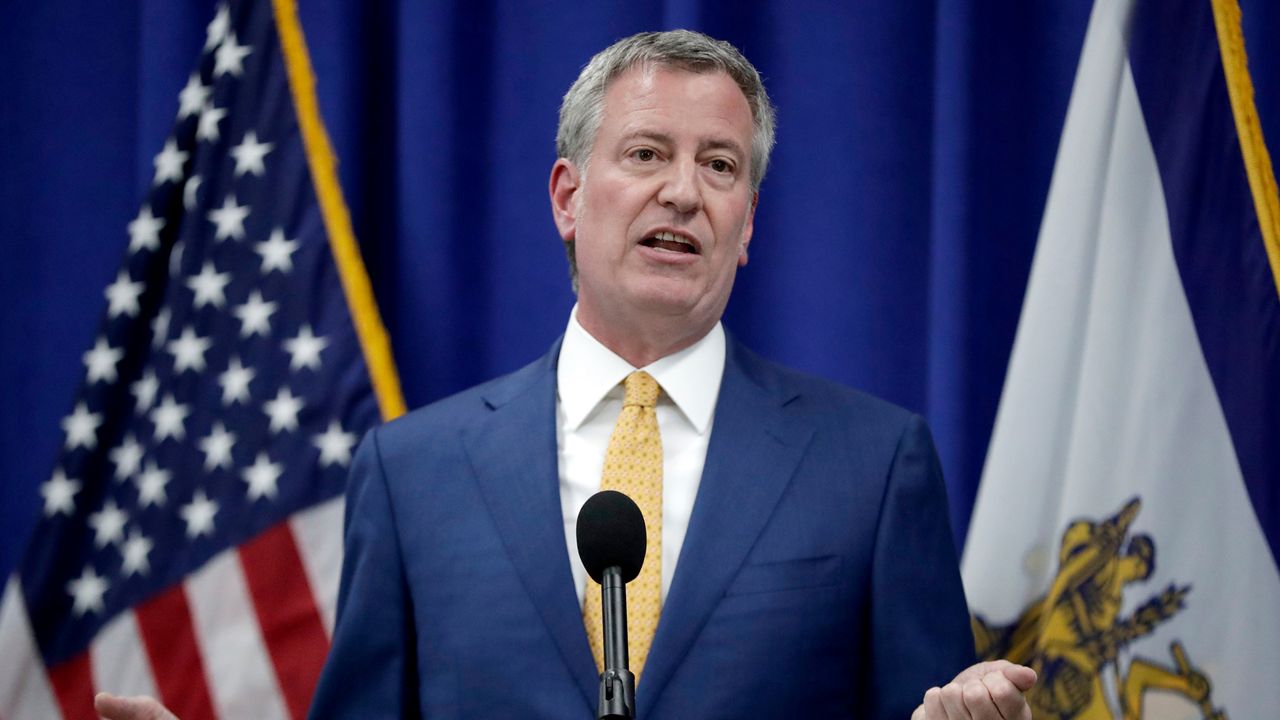 A file image of Mayor Bill de Blasio speaking at a news conference May 1, 2018, in Newark. Julio Cortez/AP.

The Complex Reality of Bill de Blasio's Record as Mayor

Unlike most of the other candidates running for president, Mayor Bill de Blasio has years of executive experience under his belt. But while he says he's shown that progressive ideas can be put into action, the reality is a bit more complicated.

Here's a look into the mayor's record, more than five years into the job:

A WIN ON UNIVERSAL PRE-K

In 2013, Bill de Blasio was an underdog candidate for mayor who catapulted to the front of the field thanks to some highly effective advertising and a promise to address what he called the "Tale of Two Cities."

In his first year, de Blasio delivered on his top priority: universal pre-K. The successful rollout on an ambitious timeline is widely considered his greatest achievement as mayor.

He also followed through on the continued reduction of stop-and-frisk, even as crime has continued to reach record lows. But his relationship with police has been strained. His remarks during protests related to the Eric Garner killing were perceived as anti-police by some officers, who would later turn their backs on him.

Affordable housing has been another signature issue. The mayor says the city is ahead of schedule on its goal to build or preserve 200,000 units of affordable housing. But, on his watch, a homelessness crisis has reached historic proportions, and the New York City Housing Authority has continued its downward spiral, leading to the appointment of a federal monitor.

OTHER PARTS OF DE BLASIO'S RECORD

Governing has also been made difficult by a long-running feud with Gov. Andrew Cuomo, and multiple investigations into the mayor's fundraising that dogged him for months but resulted in no charges.

"Everything we've done from the beginning is legal and appropriate," de Blasio said about his fundraising.

In the win column, the mayor implemented a paid sick leave law, a city-run ferry system, and a municipal ID card known as IDNYC. And he's presided over an expanding city economy.

He's been applauded for his Vision Zero initiative to reduce traffic deaths, and his push to expand health care to the city's 600,000 uninsured.

"From this moment on in New York City, everyone is guaranteed the right to health care," he said this year.

And if he's caught flak for some personal habits — from his Park Slope workouts to his pizza-eating technique, it didn't stop him from winning reelection in a landslide in 2016, which led to him being sworn in to a second term in office by a man who's now one of his new opponents in the Democratic primary: Vermont Sen. Bernie Sanders.